Fatale depicts southern California with a glamorous swagger. It’s rich people, living in gorgeous homes, them and their surroundings equally beautiful. And inside, nothing good.

The look matters. Fatale plays to film noir’s ability to draw audiences into an unseemly world where the surface hides the damning truth. Through its bumpy relationships and psychotic detective, Fatale grounds itself in the ugly amid the serene.

Fatale develops its sense of place and character

If there’s an effectiveness to Fatale, because it’s certainly not the litany of tropes used, it’s a smart, careful racial component. Driven by real world anxieties, Fatale puts a successful black man against a corrupt white cop. The play isn’t obvious, but drawn out eventually, carefully – even eerily – showing that wealth and status do not remove these elements. Michael Ealy’s turn as a pro sports agent masterfully moves between triumph and desperation, and unlike more direct social commentaries, doesn’t deify Ealy’s character. He’s flawed, made mistakes, and struggles to right them.

Seeing Hilary Swank soak up a chance to play a seething, lurid, and vicious screen villain brings joy as well. As a pair, Swank and Ealy makes this script work better than it does on paper, their stand-offs vividly uncomfortable. Being that each is in the wrong – one more so – doesn’t allow either an escape. One happens to be better at it, primarily because their skin color allows for leniency.

Sadly, the depth ends there. Eventually, Fatale falls to a tiresome “killer isn’t dead” moment, then a rushed finish to tie up the final pieces, yet not all. Ancillary characters disappear despite their narrative importance, and it’s too clean given the circumstantial severity that precedes a beachside, sunset-soaked coda.

The patience shown by Fatale deserves notice in an era where thrillers rush to each plot swerve. Until an hour in, Fatale develops its sense of place and character. Showing the pricey offices, homes overlooking the ocean, then having that stripped away only works as intended when properly grounded. Fatale takes its time, tossing the obvious twists out early, leaving nothing but the two leads and their devious back-and-forth duel. It’s a shame to see that close on cliché, even when the intelligent parable helps Fatale reach that point. 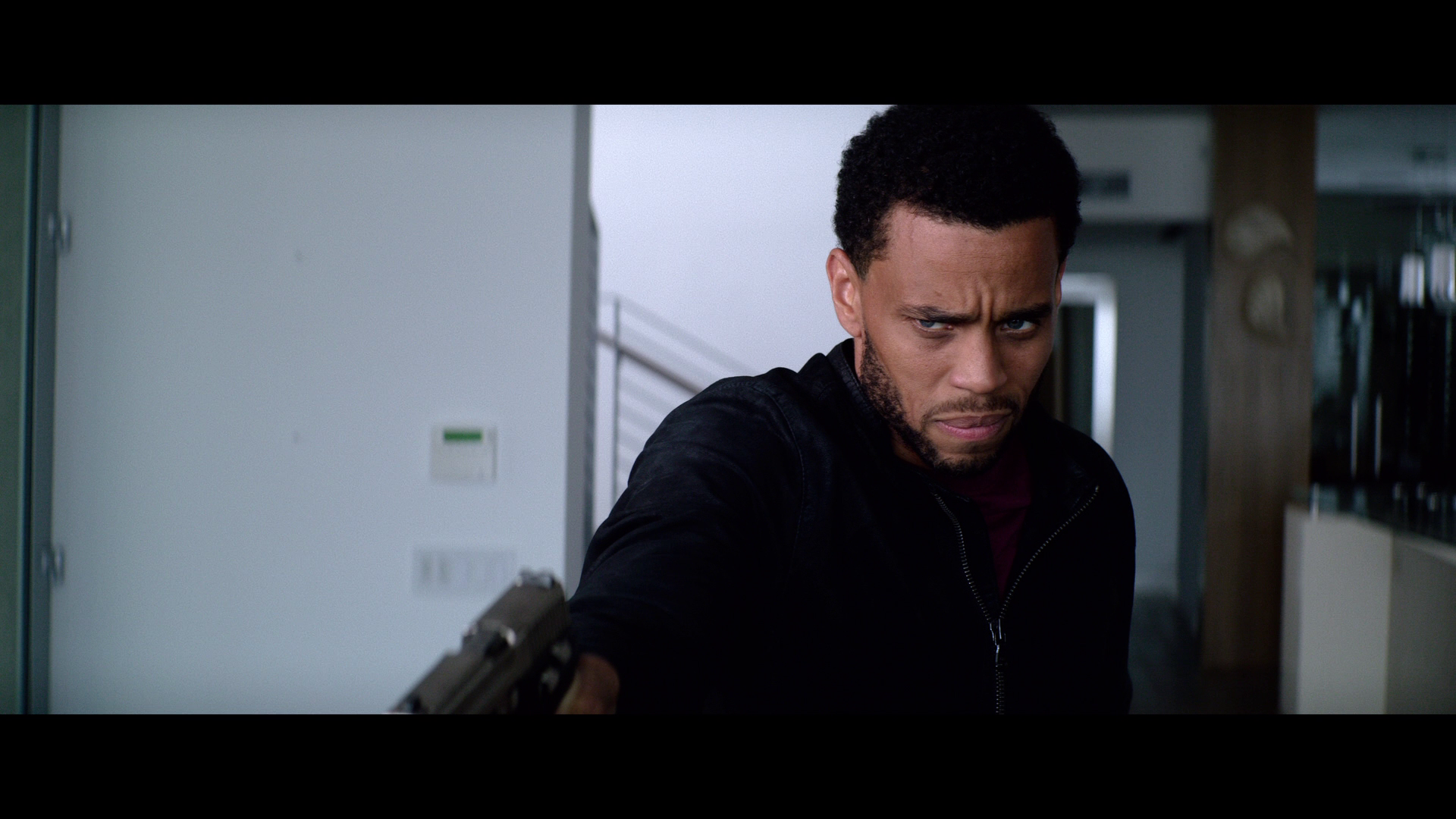 Heavy with its color grading decisions, the majority overloads on saturation. At times, it’s like watching Fatale on vivid mode. This, against frequent rounds of deeply cooled backgrounds. Under California sun, a peach hue turns dominant, equally overdone. In spots, the look is attractive in a gaudy way, and this is unquestionably not a disc subtle in dynamic color choices.

Other than some occasional noise, digital cinematography sports near total clarity. That leaves detail free to pop from the screen. Spectacular resolution brings facial texture en masse. Sharpness only wanes when the camera makes a choice to. Everything else is splendidly precise and pure, a great example of how far digital cameras have come.

The key element holding Fatale back are black levels, too often falling to crush. Like the color, shadows push too far, reducing the potential depth. Proper to its noir roots, cinematography prefers the dark. Moments involving high contrast don’t happen often, but do reach a hefty peak when used.

Using a boomy, loud DTS-HD track, range doesn’t limit itself. Whether it’s the soundtrack lighting up the low-end or a fight emphasizing each punch, the subwoofer isn’t given much of a rest.

Atmospheric music spreads through the soundstage, more than the effects do anyway. Fatale’s separation plays tight to the fronts, but does use the stereos as needed. Near the beach, waves splash through the rears, a rare instance where the design takes hold.

Boot up a commentary with director Deon Taylor and his co-producer Roxanne Avent Taylor, or start with a stock making-of that runs 10-minutes. A brief featurette on Taylor reaches seconds past the six-minute mark. Afterward, a seven-minute look on the cinematography. Finally, an alternate ending, but this was a wise cut.

Fatale is slick in its look and theme, but falls to a predictable, cliche noir thriller elements by the end.

The 15 unaltered images below represent the Blu-ray. For an additional 19 Fatale screenshots, early access to all screens (plus the 120,000+ already in our library), 120 exclusive 4K UHD reviews, and more, subscribe on Patreon.