Breach makes a case that humanity isn’t meant to leave Earth and colonize other planets. It’s a philosophical argument: people exist as a virus, polluting, destroying, and fighting. So Breach’s future terrorists, flying into space to a second Earth in 2242, have their reasons to cut to this mission short.

Sadly, it’s not shorter because Breach is an insufferably long 90-minutes.

Part of Bruce Willis’ retirement funding tour, Breach’s disastrous action, painful kitsch dialog, and skimpy plotting doesn’t do anything other than recycle Alien, but now with zombies. Actual aliens cost too much, and as such, the main critter holds out until the finale.

disastrous action, painful kitsch dialog, and skimpy plotting doesn’t do anything other than recycle Alien

Early in the story, Noah (Cody Kearsley) spills a bottle of cleaner, Moxacell. It’s so potent, the liquid melts a metal table. Of course after bullets fail to stop an advancing undead horde and even fire doesn’t take them out, the heroes assume their options are null. Except, of course, the steel-liquefying cleaner (which somehow is safely stored in plastic bottles) no one considers until multiple people die.

The entire first act foreshadows something to come, and always as obviously as Moxacell. In the second act, characters wonder aloud went wrong and what to do. Then come the third, they stand around waving guns while digital effects create flamethrowers.

It’s not that Breach knocks off a notably better franchise. Certainly, Breach isn’t the first to grasp at Alien, just the most recent. Rather, how tepid Breach is in telling this blue collar revenge story, where the authoritarian-like commander verbally accosts janitors to establish his ego. Or, Thomas Jane, the only one having fun with this junk, spewing gruff lines to the point of complete parody. Yet, nothing is capitalized on, just Willis slinging f-bombs and sarcasm during dreadfully dull, static action scenes. Being on this ship means the fight takes place in two or three rooms too.

Oh, and because this is a Bruce Willis movie, someone crawls through heating ducts, but not Willis. Even he’s too old for that. 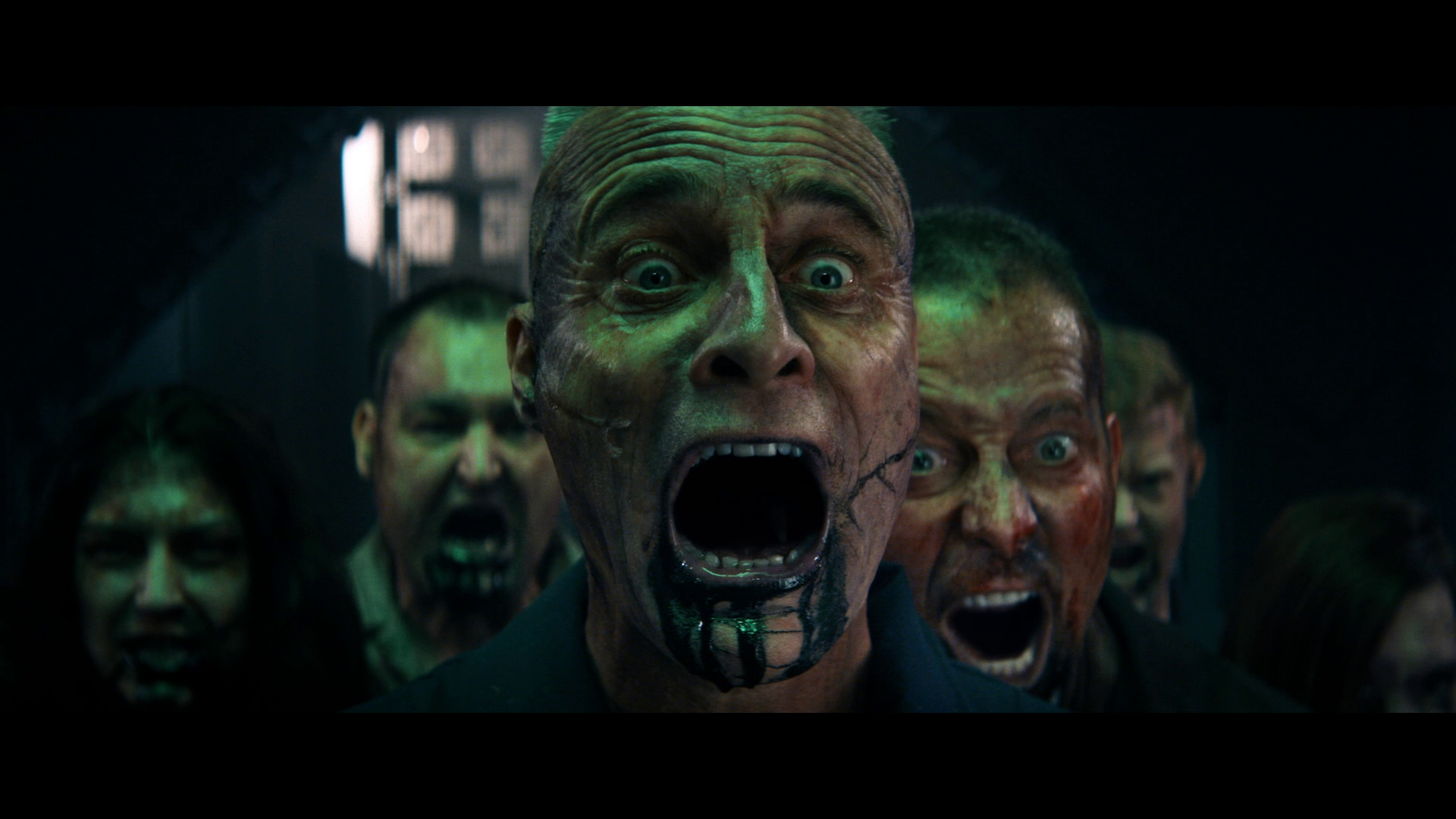 OD’d on orange and teal (but mostly teal), Breach looks like something released early in the previous decade when garish color grading like this ruled Hollywood. Turns out, it’s still totally unappealing, and the extreme saturation causes encoding issues. Digital cinematography creates some inconsistent noise, leading to chroma artifacts. Slight banding in smokier areas pop up too.

Primarily set in dimly lit corridors, light is not in abundance. Generally, Breach is deep in muted shadow, usually avoiding pure black, if using it on occasion. As such, this disc doesn’t offer much depth, but that’s all on the source material, not the Blu-ray. Certain moments do shine, especially those near exterior windows.

A slithering creature moves around the soundstage, fun and as accurate as it could be on such a budget. The ship itself lends things a nice ambiance, whether a machine hum or crowds echoing in the halls.

Passable LFE creates the occasional thump, nothing significant, but enough to register the low-end. Gunshots add a little boldness, yet sounds as if it’s skipping, not following each shot. A couple precise blasts leave a noticeably deeper low-end punch.

Bruce Willis fights gooey alien zombies in space, but Breach is part of the no-budget end to Willis’ action career with no redeeming qualities.

The 15 unaltered images below represent the Blu-ray. For an additional 31 Breach screenshots, early access to all screens (plus the 120,000+ already in our library), 120 exclusive 4K UHD reviews, and more, subscribe on Patreon.