It’s unusual to see movie pirates walking across swampy waters rather than sailing on them. The bandits in Pirates of Blood River don’t have a boat though. Rather, they do, but it’s stock footage, a matte painting, and single room set. Production studio Hammer skimped on everything for this, one of their few swashbucklers.

Looking past the budget, Pirates of Blood River does unique things with the genre. Notably, Christopher Lee as the pirate captain, holding to a moral creed, so long as others obey. At times, it’s easy to fall for his allure, which is utterly honest in staying true to his word. Plus, he’s philosophical about life and drawing comparisons to how others live. In that, Lee is right too.

Pirates of Blood River does unique things with the genre

Star Kerwin Matthews begins this story expelled from his settlement, sentenced to 15 years hard labor by his own puritan, zealot father. Adultery is the charge, showing a strict reliance on the ten commandments, and immediate condemnation if any of those rules are broken. Therein is Hammer’s unique, signature contrast, a studio willing to fight against religious rule, often setting their films as progressive breakaways from the past’s restrictive censorship codes. In Pirates of Blood River, the correlation makes the pirates seem morally sound against a deeply conservative court steeped in what’s considered civilized.

To create a hero then, Pirates of Blood River needs a centrist. That’s Matthews. He rejects the stuffy Christianity of his father, then fights against the invading pirate horde. Neither is any way to live. His enemies both engage in grand hypocrisy, Lee turning against the near cult-like following formed around him, Matthews’ father Jason (Andrew Keir) choosing to protect wealth instead of people. They determine their own fates.

Around the false idol parable, the rest runs dry. An error in tone finds the pirates drunkenly partying to a playful music ditty, out of line given how serious Pirates of Blood River aims to be. That turns into a ponderous blindfolded sword fight, and the static action later isn’t better. Scale isn’t inherently needed in such a movie, but in this case, might have potentially added visual weight. As it sits, Pirates of Blood Water wanders around aimless jungles and a pithy town. In the end, it’s repetitive and sluggish, even if the script takes a unique angle toward the derivative scenery. 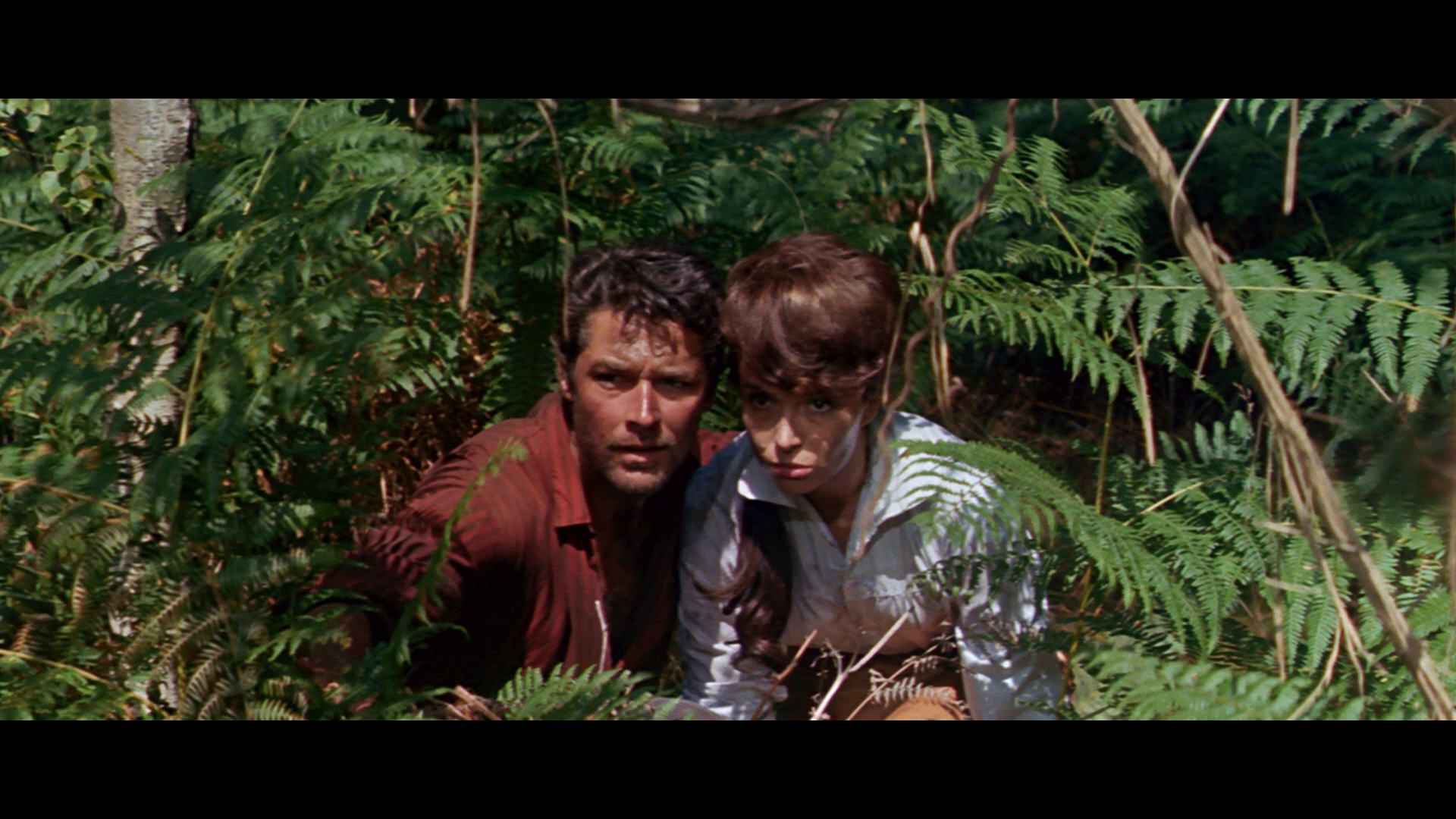 Slight filtering knocks Pirates of Blood River down a notch. When the camera jumps in close, this isn’t so evident. Softened facial detail appears natural. Costume texture survives, even set detail like the court’s bench or the wood holding buildings together.

Medium and long shots collapse though, stilted by visible smoothing. Lightened grain survives, but barely. Chroma noise suggests messy compression too, eroding the film’s texture further. Thankfully there’s hardly any print damage to contend with, barely any dust, and even fewer scratches (save for a brief action scene midway through).

A chipper score over the opening credits sounds fantastic. Bold highs work in tandem with unusually smooth, powerful low-end pop. That remains true throughout, treble slightly wobbling to reveal aging. Still, it’s full, even bold, and in terms of this Hammer Films box set, one of best in this category.

It’s not flawless, and the dialog sounds rougher than the rest. To note, it sounds typical for the era, just out of line with how spectacular the music is.

The Pirates of Blood River

Pirates of Blood River takes a defiant tone against traditional values, but squanders it on bland action and repetitive imagery.

The 15 unaltered images below represent the Blu-ray. For an additional 18 Pirates of Blood River screenshots, early access to all screens (plus the 120,000+ already in our library), 120 exclusive 4K UHD reviews, and more, subscribe on Patreon.