Terror on a Series of Tubes

Sandra Bullock orders a pizza online early in The Net. In 1995, that required special effects. Almost anything The Net predicts about cyberspace did in some capacity. Much of this movie was correct (full credit to the production), even forward-thinking in its paranoid perspective.

Identity theft was barely a concern when The Net debuted, yet the entire story revolves around Bullock’s race to prove who she is as computers systems delete her name. No surprise then when authorities doubt her stories, see a criminal record, and pass Bullock off as a convict. Consider the infamous 1994 Today Show clip where Bryant Gumble and Katie Couric questioned what an email was. Imagining oneself stuck in a word so technology primitive as to not even have words for such things helps The Net rise over its otherwise pedestrian ‘90s thriller shell.

The Net jumped ahead a decade or two without knowing so

Computer hacker cliches started here, only instead of the generic fat, bearded white man, The Net went with Bullock. Despite the greasy diet and basement stuffed with PCs, she avoids stereotyping. Progressive – sort of, anyway. She’s still a sex-less loner, spending days in chat rooms, and isolated from the world. She understands videogames, and can translate geek speak like “IRL.” A true heroine, only with a Mac instead of a gun.

In the background, the AIDS crisis flares, and at the center of The Net’s conspiracy, a homophobic politician. Then, a Bill Gates-like software company billionaire helms the corruption, destroying security by worming into every computer system. Today, that’s Mark Zuckerberg. Again, The Net jumped ahead a decade or two without knowing so.

Chases happen on foot, by car, and via computer, the plot always in motion. Between this and Hackers (same year), cinematographers were developing methods to make screen warfare exciting. If anything, the solution is often what makes The Net look dated, as viruses “melt” text/graphics when invading code takes hold. Outmoded web design is nostalgic; the other aesthetics reveal how little was known about such things.

Bullock’s girl-next-door qualities harm the material too, sexualized at times because a woman hacker is a cliché dream for the lonely and lost. Then she’s easily swooned by a man holding a knowledgeable tech job. One beachside walk, and she’s sleeping with him. She’s less a gender-breaking heroine than a male fantasy. Sadly, that’s not all that dated either. 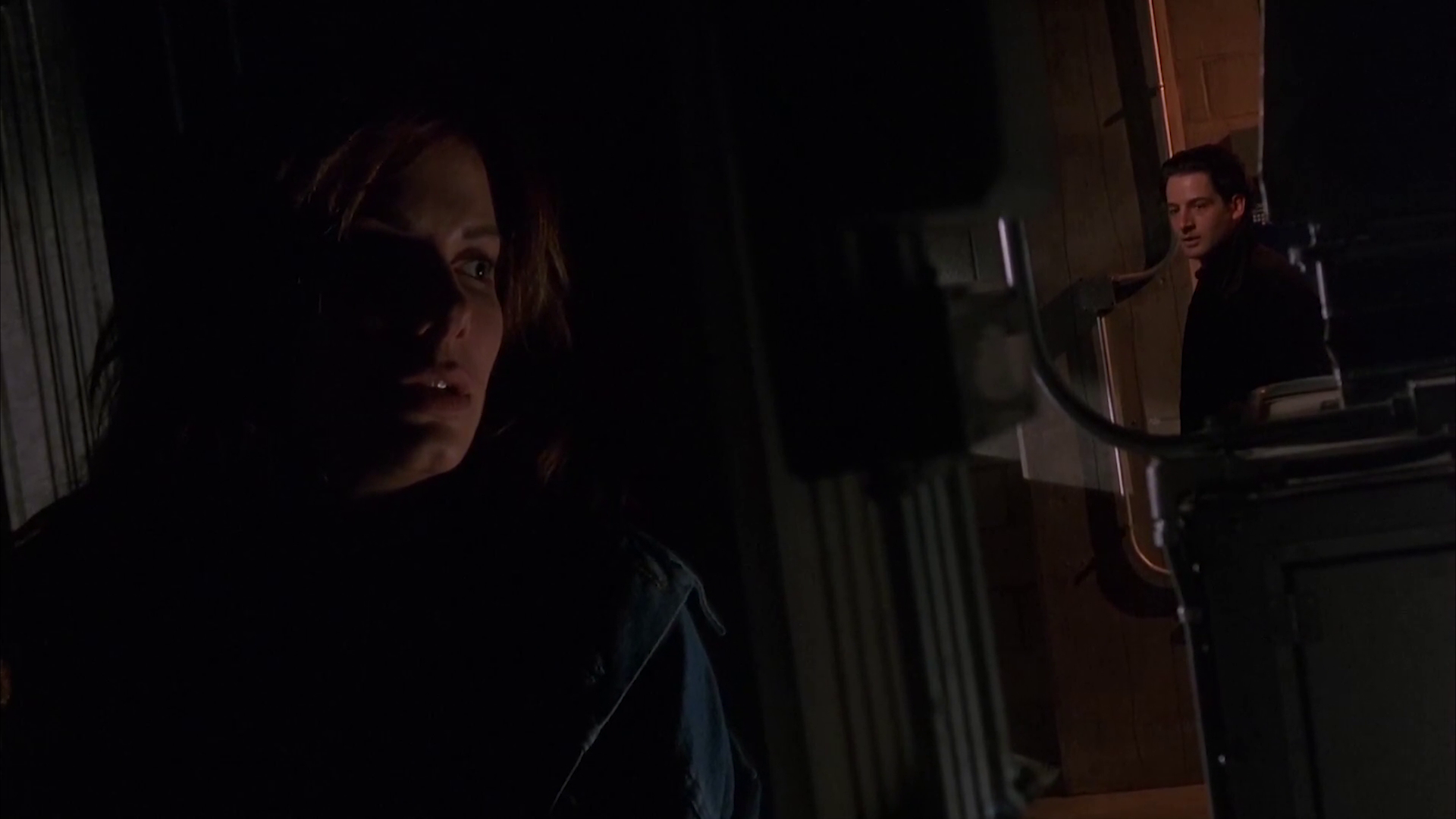 Underneath, a dated master, one that appears to show significant DNR. It’s hard to tell whether it’s the compression or the source, but the likely culprit is both in combination. The end result? Detail-less slop that’s not fit for HD cable, let alone Blu-ray. Sharpness and detail collapse in unison.

Average color brushes up flesh tones, bringing out greenery around the beach too. Still, it’s utterly plain, even bland. If there’s a positive to find, black levels and contrast don’t reveal any loss, the only elements not impacted by such a dismal disc.

DTS-HD front-loads the soundstage, not delivering movement in a commendable way. Beach side scenes fail to push the waves splashing onshore anywhere but the center. Dialog doesn’t jump around either, reserved design typical from the mid-’90s unless heavy on action. It’s unlikely Mill Creek remastered anything for this release.

Bass rumbles a bit when the score drops. Range doesn’t show off much, if at all.

Nothing, although the sequel is included on the same disc.

Forward-thinking in developing an identity theft story, The Net doesn’t get everything right, but it’s a grand time capsule.

The 15 unaltered images below represent the Blu-ray. For an additional 28 screenshots, early access to all screens (plus the 120,000+ already in our library), 120 exclusive 4K UHD reviews, and more, subscribe on Patreon.