The two cannot mix. Patricia wears lipstick, red clothes, and dares to consider marrying after her fiance – Trefoile’s son – died. Each of those moves is deeply offensive to Trefoile who hosts religious services in her home for hours at a time. No one can leave as she reads aloud the Bible.

What Die! Die! My Darling lacks in gloss or glamour, it readily counters with this slick commentary

And that’s effectively where Hammer was, a studio pushing extremes into the mainstream. Tame now, of course, but the blood, open sexuality, and suggestive camerawork pushed against censorship norms, based on puritan principles. Die! Die! My Darling isn’t unlike a direct attack on those stifling moral codes, and Patricia’s flagrant sarcasm and frustration calls out more than Trefoile’s ridiculous, tormenting behavior. It’s speaking to a ‘60s audience willing to allow salaciousness in their entertainment.

Trefoile is among the greatest evil screen mothers. Making her a mother-in-law is better still, and an often playful score riffs on that common family turmoil. The tone is faultless, sadistic in keeping Patricia confined and starved, but not losing an oddball edge. As Trefoile goes, so does this story. More than a demented kook, Die! Die! My Darling gives this women depth from her hypocrisy. Much as she shuns mirrors and red garments, her basement holds multiples of both, figments from Trefoile’s past as an actress she can’t bring herself to divest from. It’s not a means of empathy, rather a method to deepen the madness, and Bankhead is a master.

Much is made out of Patricia too, a free spirit, and openly liberal in her lifestyle. Patricia lies to appease Trefoile, suggesting she goes to church, but not as much as she’d like. It’s clear this isn’t a religious person, but she accepts the beliefs of others – to a limit. Being trapped by a gun-waving elderly woman is anyone’s breaking point. Die! Die! My Darling makes the most of this, staging this quiet war between personal worldviews, deriving competent tension and sharp pacing. What Die! Die! My Darling lacks in gloss or glamour, it readily counters with this slick commentary on social divisions, even if there’s no question which side it chooses. 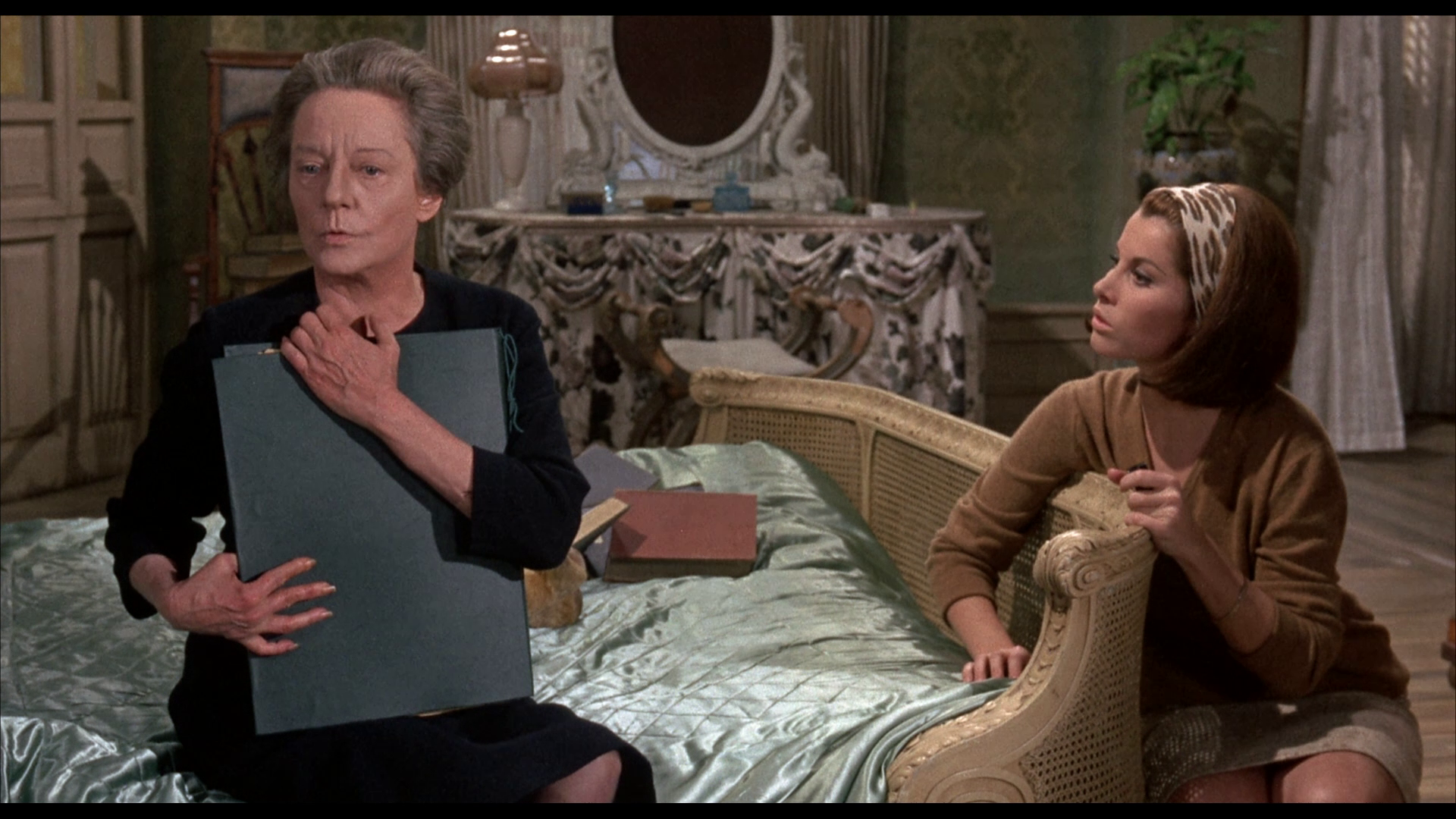 Dirt and debris prove pesky on this otherwise clean print. This one needs a little touch up. On the plus side, no filtering or other digital tools blot the imagery. Die! Die! My Darling conveys natural film aesthetics throughout, pleasing grain nicely resolved by the encode.

Not the highest res master, but the work looks recent, certainly within the HD era. Detail doesn’t pop as the imagery runs on the softer end, if rendered crisply enough to please. Textural qualities resolve the house’s antique intricacies, including fabrics and woodwork. By no means a 4K source, Die! Die! My Darling still appears precise enough to show notable improvement.

Generally plain, dialog jumps from this DTS-HD track with a puffiness. It’s also a quieter mix, requiring a bump in volume.

Die! Die! My Darling’s lively, even comic scoring touches live on the high-end. That sounds fine, unremarkable as it is for an older audio source.

Delighted in pressuring censorship norms, Die! Die! My Darling finds purpose in its violence and Tallulah Bankhead is a joy as the villain.

The 15 unaltered images below represent the Blu-ray. For an additional 30 Die! Die! My Darling screenshots, early access to all screens (plus the 120,000+ already in our library), 120 exclusive 4K UHD reviews, and more, subscribe on Patreon.