It’s been a long wait for this group of Dodgers but 2020 was finally their year, having lost the World Series in both 2017 and 2018 against juggernaut teams like the 108-win Boston Red Sox.

Looking to win their first World Series since 1988, Dodgers President of Baseball Operations Andrew Friedman traded for superstar Mookie Betts before the season began. Adding the sport’s second-best player to an already loaded roster put the Dodgers over the top, leading them to the best record in baseball and a clear favorite for the World Series.

With COVID having drastically altered all sports in 2020, MLB played a shortened season of only sixty regular season games with a newly-expanded playoff format that added an extra round for the first time. Games were played all season without fans.

It wasn’t always easy for the Dodgers on their way to the World Series, who easily beat the Brewers and Padres in the first two rounds before almost losing to the Atlanta Braves in the NLCS. Down 3 games to 1, the favored Dodgers reeled off three straight games to make it back to the World Series against the Rays. Smooth defense by Mookie Betts and Corey Seager’s unstoppable hitting carried them to the World Series in their match-up facing the Braves.

Outside of a miraculous win in Game 4 by the Tampa Bay Rays, everything went according to plan in the World Series for the Dodgers. The club won it in six games against a very good team that had taken out the Yankees and Astros in the AL. Future Hall of Famer Clayton Kershaw secured two of the Dodgers’ four wins, finally winning a championship after so many disastrous playoff defeats that had marred his legacy as the game’s best pitcher.

Everything about baseball was different in 2020 due to COVID. The World Series was played at a neutral site, the new Globe Life Field in Texas. A limited amount of fans were allowed to sit in the stands, but social distancing requirements made them look sparse on television.

2020 World Series Champions: Los Angeles Dodgers is the official MLB documentary of the World Series, made with Dodger fans in mind. Narrated by legendary Dodgers icon Vin Scully, World Series Champions: Los Angeles Dodgers covers all six games through highlights and short interview clips with prominent players. Made in similar style to prior MLB documentaries for the World Series like last year’s Washington Nationals’ victory, it’s intended as a celebration of the Dodgers. Fans familiar with MLB Network’s regular baseball coverage should feel right at home.

Starting pitchers receive the most focus, peppered with important position players like Mookie Betts and World Series MVP Corey Seager. Both Tampa Bay Rays manager Kevin Cash and Dodgers manager Dave Roberts give their insights for the biggest moments. The interviews are engaging without bogging down the flow of highlights. Cash’s questionable decision to pull a dominant Blake Snell in game six is given scrutiny.

What everyone will remember about the 2020 World Series is Game Four, already considered one of the craziest walk-off endings in playoff history. Down to their last strike in the bottom of the Ninth, rarely-used Ray back-up Brett Phillips knocked in runners with a blooper that ultimately saw several errors and baserunning gaffes, leading rookie sensation Randy Arozarena to crawl across the plate for the game-winning run. 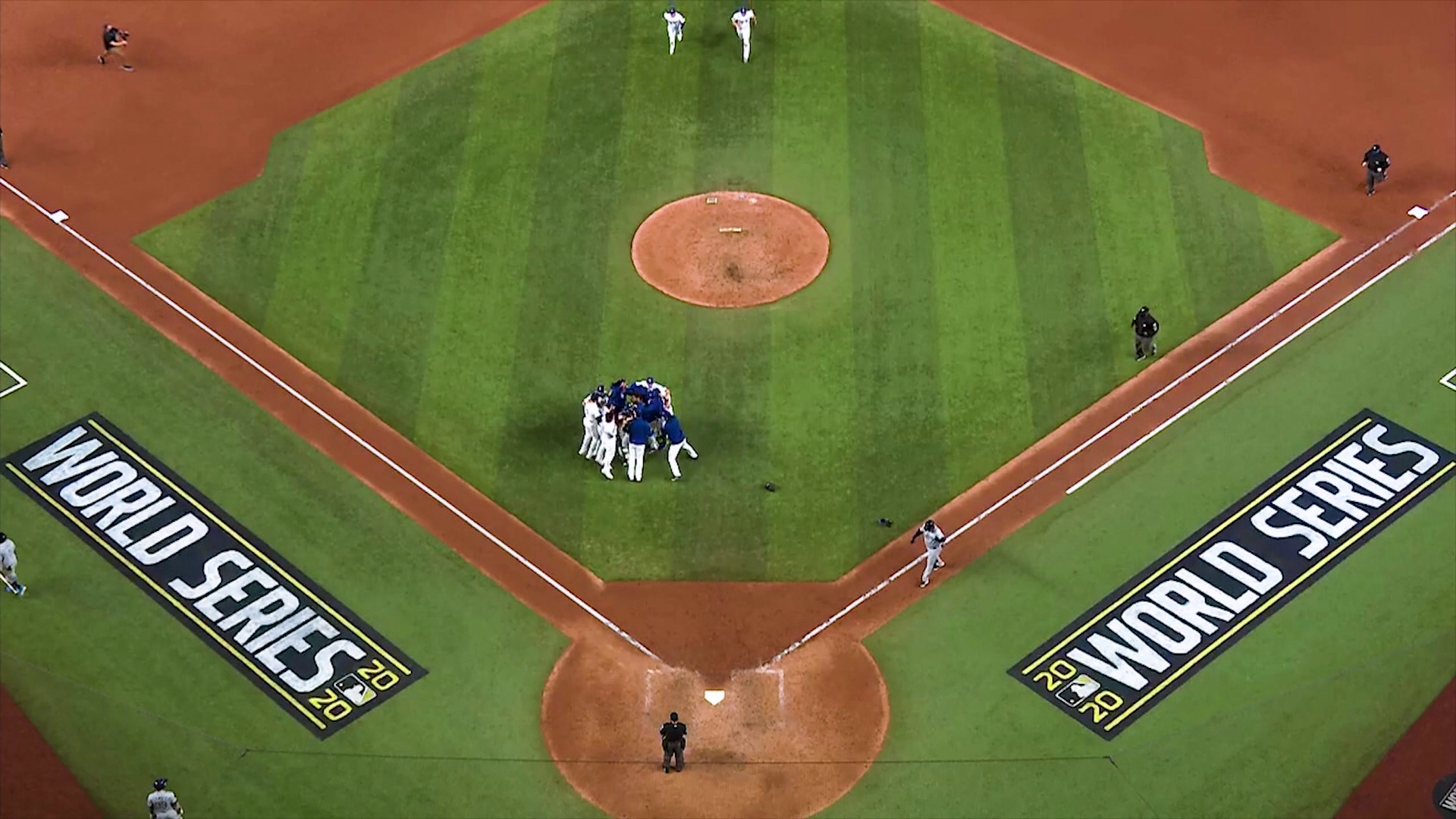 Consisting largely of World Series highlights, the documentary’s video quality fairly reflects MLB games broadcast today with maybe a tad more contrast and juice. Once again aired by Fox across America, there’s a pronounced tendency by the documentary to avoid normal viewing angles on the documentary. Instead we get an array of close-ups and unusual shots rarely used on game broadcasts for the action.

The main feature runs 85 minutes on a BD-50. The AVC encoding isn’t flawless but largely handles the clean digital cinematography. Interview clips have eye-catching detail and definition, presumably shot after the series ended.

A spacious soundstage with real depth and thunder create dramatic impact for the important World Series moments.The familiar crack of the bat and homerun celebrations are some of its better sonic moments. While fans were allowed at the World Series, their limited numbers prevented them from making a huge presence on the audio.

Distributed by Shout Factory, this is an MLB production through and through that looks and sounds familiar to previous World Series documentaries. There are an obscene amount of promos and trailers before the main menu even loads, including a commercial for Budweiser.

This is a two-disc Blu-ray and DVD combo set. The bonus features are somewhat skimpy considering how much content MLB Network generates each day over the course of a long season. Methinks the COVID pandemic limited how much effort was put into making this set.

Hardcore fans looking for the complete World Series game broadcasts will have to purchase the expensive 8-disc Collector’s Edition.

“How They Got There” Featurette (05:09 in HD) – A brief look back at the Dodgers’ road to the World Series, including their series against the Padres and then facing the Braves in the NLCS.

Clinching Moments (09:16 in HD) – Select highlights from each important clinching game during the Dodgers’ season is included. That includes clinching the division, winning the first round playoff series against the Brewers, the victory over the Padres in the next round, and finally beating the Braves in the NLCS.

Famous World Series Clips From the Past Trailer (01:01 in HD)

The 15 unaltered images below represent the Blu-ray. For an additional 33 World Series Champions screenshots, early access to all screens (plus the 120,000+ already in our library), 120 exclusive 4K UHD reviews, and more, subscribe on Patreon.