New York was in recovery by the ‘90s. Slowly, the crime rate came under control, but movies didn’t catch up for a while. The Freshman was one. Clark Kellogg (Matthew Broderick) leaves Vermont to attend New York film school, and within minutes sees multiple robberies, hears a gunshot, and is swindled by a fake cabbie. Great city for a naive college kid.

Like Clark, The Freshman has such an innocence about it. A purity, even. The soft comedic style plays on its Hollywood existence, casting Marlon Brando in a genius moment to basically replay his Godfather role. The Freshman doesn’t avoid it, but makes direct reference, characters baffled when the Don stands in front of them.

Despite the Brando casting, The Freshman never caught an audience

The Freshman is a mafia story, a grandly funny one that rarely escalates above a whisper. Laughs come from how flat Clark reacts to the various absurdities around him, utterly calm amid chaos. Asked to transport an illegally imported Komodo dragon across state lines, Clark does, having no idea what he’s doing, if never panicking. When people keep telling Clark he’s made for this, that’s not in question.

More than crime, The Freshman picks up on mafia movie tricks. Brando’s Carmine Sabitini puts on that strong public-facing show, trusting and honest and polite. Totally likable and inviting. Then it turns morbid, but no wonder Clark won’t turn on this man. Respect counts for a lot, and Sabitini earns it, even after his scheme is evident.

College is pricey though. Maybe it’s just the money that keeps Clark around. Or, the women. All the while, The Freshman keeps slyly suggesting a more sinister plot, detectable by trained movie audiences. Nothing feels right, a mystery without ever directly engaging one. The layers to this script go beyond the successful comedy, bouncing between genres and tropes, all of them unbelievable, which eventually makes sense.

Despite the Brando casting, The Freshman never caught an audience, or not one wide enough to enter into broader conversation. That’s a shame. It’s an intelligent comedy, high on wit and a sort of anti-Godfather in the end. Sabitini and Clark make a perfect odd couple on screen. Centering this on a film school and playing out a movie story in a movie based in reality is wonderfully creative, daring even. By the end, the tone is light enough to buy the ridiculousness. 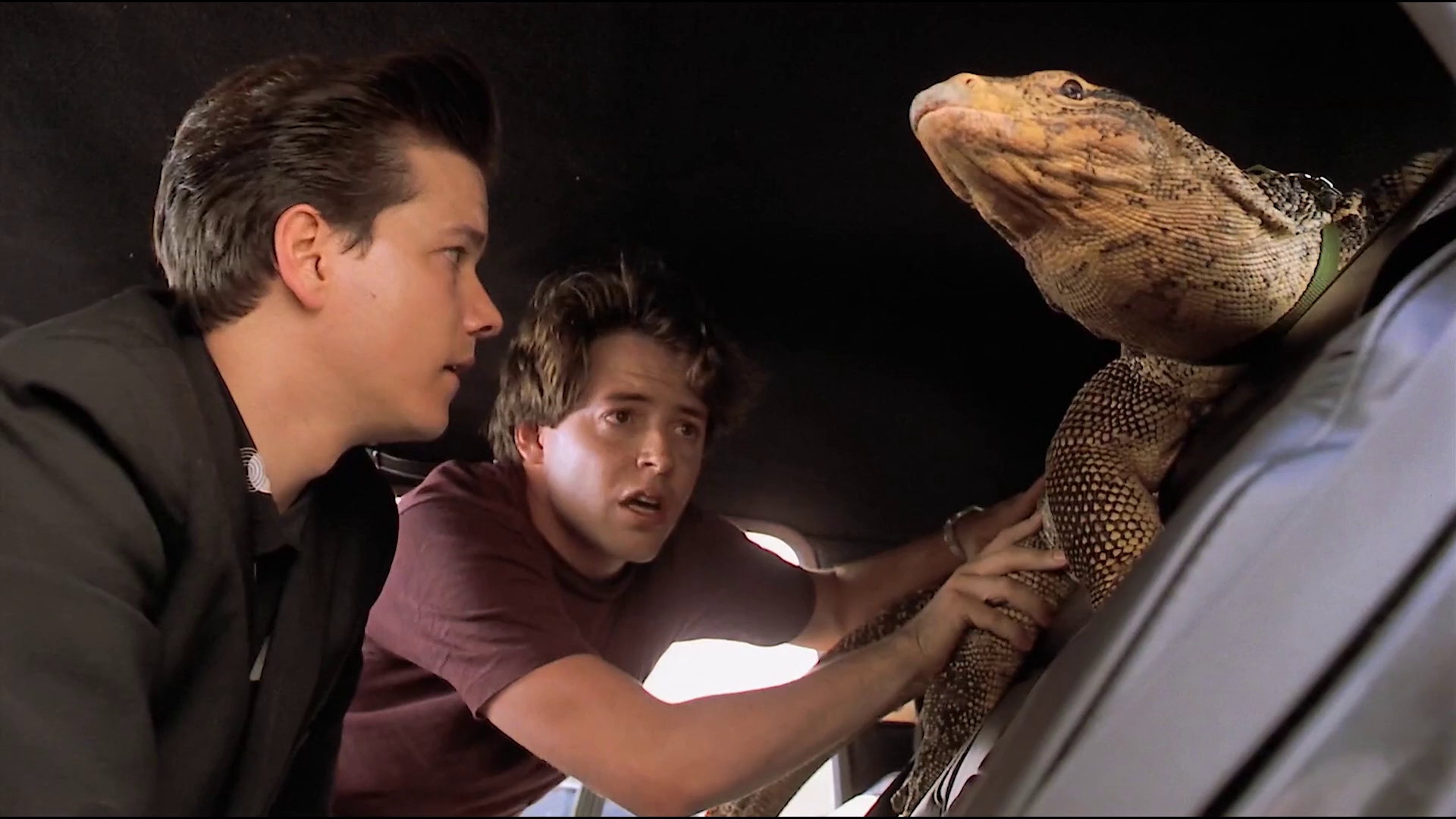 This is tragic. In Blu-ray terms, brutal. There’s no type of processing left unused, from DNR to edge enhancement. What’s left of the grain structure – if anything – falls to heavy blocking. Whether that’s caused by the noise reduction or Mill Creek’s encode isn’t clear, nor does it matter. Sharpening doesn’t help thanks to the messy halos on most edges.

Minus the detail eliminated by the above, the presentation relies on so-so color. Fading takes a toll, leaving primaries diluted, even bland, albeit passable. At least some saturation shows. Flesh tones hit a reasonable mark; that’s something.

Average contrast brings The Freshman a little life. Like the New York skyline, everything is a bit cloudy. Brightness stands out only because the transfer’s elements are so lackluster. Same goes for black levels, deep enough to warrant notice on such a grading curve.

A perky score helps stretch the DTS-HD stereo track. Highs show no wavering, and a little bit of low-end energy too.

Seemingly lost to time, The Freshman deserves a wider look for its clever, observant comedy with just enough charm to buy its quirks.

The 15 unaltered images below represent the Blu-ray. For an additional 25 The Freshman screenshots, early access to all screens (plus the 120,000+ already in our library), 120 exclusive 4K UHD reviews, and more, subscribe on Patreon.