Dudley Moore is everything to Like Father Like Son. Within the crowded “body swap movie” surge in the late ‘80s, there’s little unique to this entry. But then, those others don’t have Moore.

Key to the genre is whether the two people involved learn something about one another. In this case, a single dad and his teen kid. Inside Kirk Cameron’s body, Moore’s stuck-up heart doctor doesn’t do much. It’s typical teenage worries, from dating to bullies. No doubt he experienced the same in his own life.

Unfortunately, Like Father Like Son deals in unequal stakes; the two sides don’t compare. Whatever Cameron does to ruin his high school social life brings marginal laughs, but generic ones. There’s no life affirming chaos stemming from a bungled date night. Inside a board room as executives argue whether to care for the uninsured, with a teen’s financially indifferent perspective at play, Like Father Like Son tackles a necessary cause. The others in the meeting, so locked in their ways and monetary concerns, seem baffled by the flagrant display put forward so casually by the altered Moore. But here, Moore’s performance is essential and charming. Earlier in the movie, Moore turned a patient away due to a lack of insurance. In that later scene, there’s logical empathy in his words and mannerisms.

Beyond the healthcare fiasco, humor slips in regularly, keeping up a frantic pace. Chaos is frequent, from Moore strumming an air guitar alongside a blaring MTV broadcast or the priceless disaster of a mature dinner date failing when under a teen’s control. Two Budweisers and a candle fire don’t set the appropriate mood. Then comes Cameron though, charming a part as he plays, unexpectedly taking over a biology and history class, but Like Father Like Son never follows through. No reaction from the teacher to this intellectual swell from a C student, and only disinterest from classmates. That’s a miss, and enough to almost sink this one. 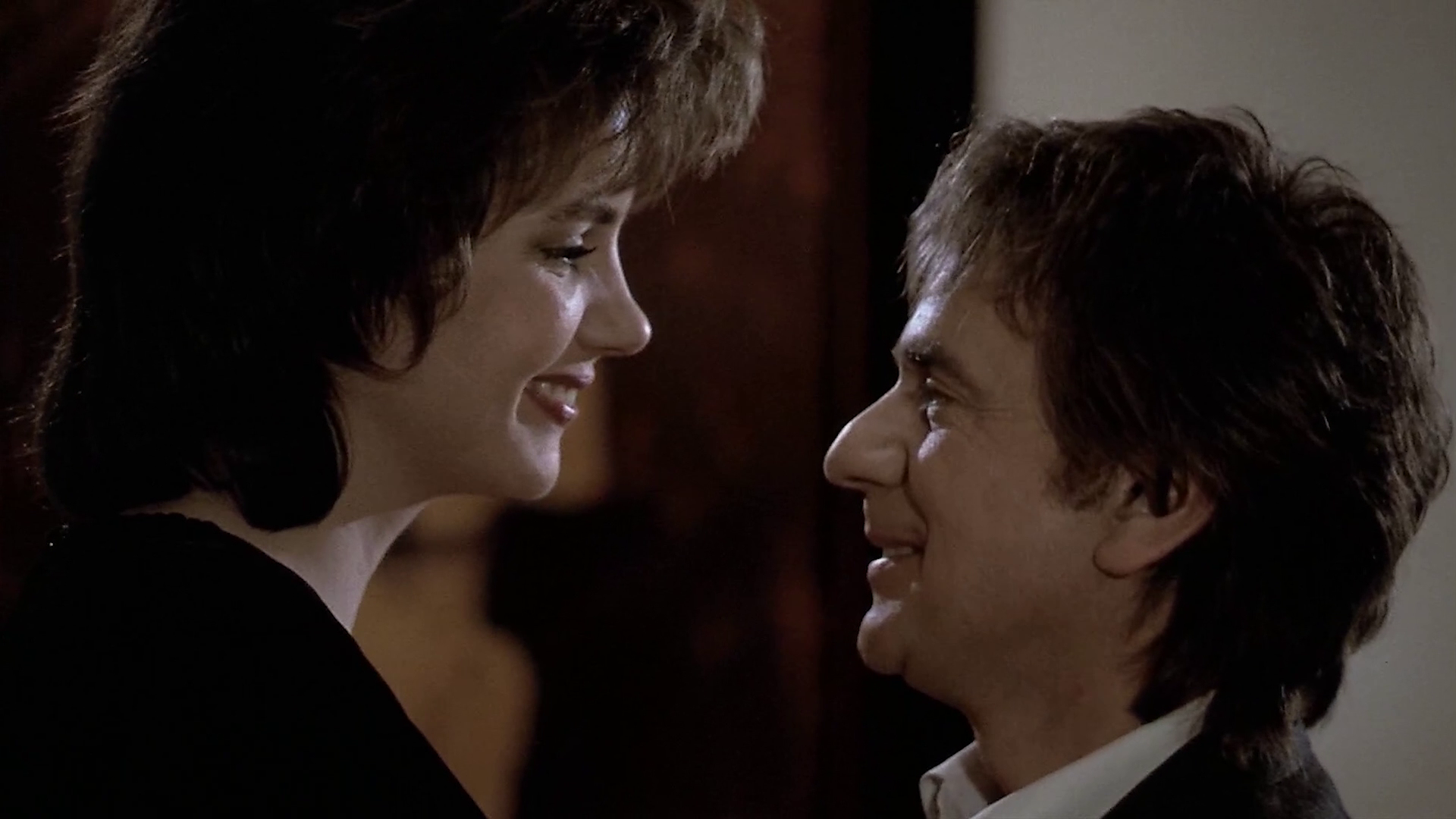 This isn’t a Blu-ray. Couldn’t be. No HD disc can sport compression this abysmal. The entire screen is a collection of digital chunks. No grain, just blocking. Put this disc in, say this is a DVD, and there’s no argument against that claim. Oh, and there’s an encoding error around 3:42 in too.

Behind the mess, there’s an old, insufficient master. Edge enhancement invades. Forget decent, acceptable resolution. Detail runs low, and best guess, away from the compression, this is nothing more than an SD source struck for DVD. Dirt left on the print indicates no clean-up either.

Flattened color keeps Like Father Like Son in dull earth tones. Pasty skin blends into desert backgrounds while primaries struggle to escape this muted mess. Contrast is fine, the best thing about this disc. Shadows mildly crush, a small issue considering how pathetic everything else is.

Uncompressed stereo doesn’t use the soundstage for any discrete effects. Only the score splits a bit, instruments separated.

Unremarkable fidelity fits the time period. Average dynamics (confined to music mostly) provide a little energy to the indistinct dialog. It’s a little raw, but that’s the only notable age.

Dudley Moore saves the uneven body swap comedy Like Father Like Son, placing a teen’s mindset into a stuffy hospital board room.

The 15 unaltered images below represent the Blu-ray. For an additional 14 Like Father Like Son screenshots, early access to all screens (plus the 120,000+ already in our library), 120 exclusive 4K UHD reviews, and more, subscribe on Patreon.