There’s never a surprise in The Opening Act. In an “inside comedy” way, the story weaves through notable names, following Will Chu (Jimmy Yang) as he tries to catch a break. He succeeds, he bombs, he quits, he wins, as these movies do. Rocky, but stand-up. And Chu takes a punch too, so definitely Rocky.

Being about stand-up, the key is whether Opening Act draws laughs. It does. Brief acts by Bill Burr, Ken Jeong, and Cedric the Entertainer score. Chu is great too, strong enough to hold the lead role as both actor and comedian.

Modestly budgeted, Opening Act looks more akin to a TV episode, but thankfully has enough energy to sustain the 90-minute runtime. Even if every moment is predictable, there remains a constant entertainment value. Yang creates an empathetic character, fighting against odds in an industry willing to toss anyone after a tough night. Getting back on stage becomes inspiring, even charming as Chu’s natural awkwardness chokes his sets.

Chu’s a genuinely nice guy in a world that isn’t so nice. Rooming with another act during a stint, Chu refuses drugs and sex, respectful of a girlfriend back home willing to support his career choice. At no point does Chu feel comfortable off-stage (or even when on at times). Likability matters. Even if Opening Act doesn’t leave behind any particular memories when it’s over, there’s a certain calm in watching Chu fight for scraps, a softly enjoyable success saga that fades from memory like the emcee he plays.

Only a little beyond a cameo role, Cedric the Entertainer gives Opening Act credence, playing a former TV star, mentoring younger comics like Chu. While at first abrasive and off-putting, soon Cedric’s demeanor takes hold. Sharing a diner lunch, Cedric and Chu have an amiable chat. The whole thing feels authentic, Chu star struck by the man he grew up watching, Cedric toying with the kid as other comics certainly do. An insular community, Opening Act goofs off, riffing on those who pursue such a career. It’s like watching an act on stage skewering themselves for laughs, and more often than not, that works. 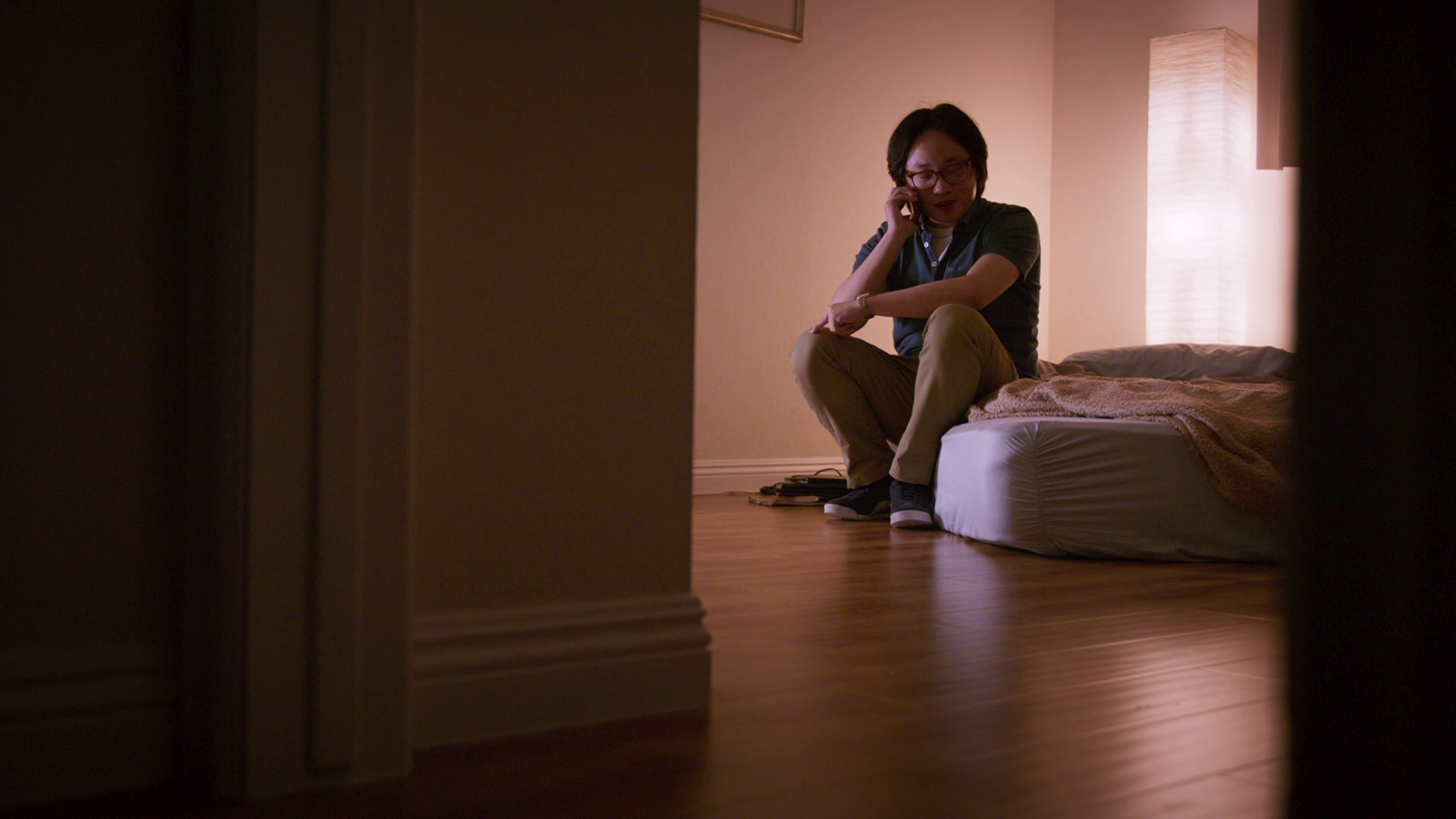 Unimpressive digital video slacks off, roughened up by noise, artifacts, and banding. Stock shots of the city look especially muddy, carrying over (but not as badly) to long or medium scenes. Lackluster resolution finds little detail worth mentioning. It’s better in close, facial detail resolved, and the best thing about this Blu-ray.

Overall bright imagery swells under stage spotlights or exterior sunlight drifting in through restaurant windows. Black levels hit their mark too, at their densest during a late night sequence that finds Chu crawling under a car. The club too, where a performer stands on stage and crowd darkened, produce superb image depth too.

Rich primaries hit their groove, elevated enough to be potent, but never oversaturated. Flesh tones find a pleasant medium, and neon lights outside the club hit a strong sizzle point.

Although often filled with clapping crowds and loud music, there’s little happening in the 5.1 mix. Front channels do nearly all of the work, any surround ambiance imperceptible amid the noise. Balance is achieved as to not lose the dialog.

A small subwoofer bump from a DJ’s selections represent Opening Act’s maximum range. It isn’t much. At least the low-end carries some weight.

Plain and predictable, The Opening Act finds a charming lead in Jimmy Yang if not a memorable story for his character.

The 15 unaltered images below represent the Blu-ray. For an additional 24 screenshots, early access to all screens (plus the 120,000+ already in our library), 120 exclusive 4K UHD reviews, and more, subscribe on Patreon.