“Among cinematic peers, Mad Max proves to be an unorthodox feature, a cult-ish, punk car movie pulled together by an amplified revenge story – an Australian Death Wish less interested in the narrative process than it is the spectacle of death. Mel Gibson’s Max Rockatansky undergoes a wild metamorphosis, from street cop to family man to roadside avenger. The film follows along with a lean surrounding story the best it can, with ample patience.”

Sourced from an immaculate, spotless print, a generous 4K master reels in detail galore. Mad Max was never this textured before. Things like facial definition show with outstanding purity. But, it’s the environments that sell this disc and presentation. Asphalt, grasslands, storefronts, crowds – all of those display dazzling definition.

Spot deep color’s impact on the cop cars, the golden yellows beautiful and dense, not just saturated. Other primaries create a sheen too, if in a more reserved, organic way. What results is a solid, consistent, organic range. Flesh tones elevate naturally.

Going with Dolby Vision, Australian sun beams onto the scenery, gaining intensity over previous disc releases. Chrome shimmers and metals shines. The whole movie glows, without altering the source. Black levels importantly work out the nuance in cop leathers, losing nothing to crush, only deepening their power. Sensational work by Kino. 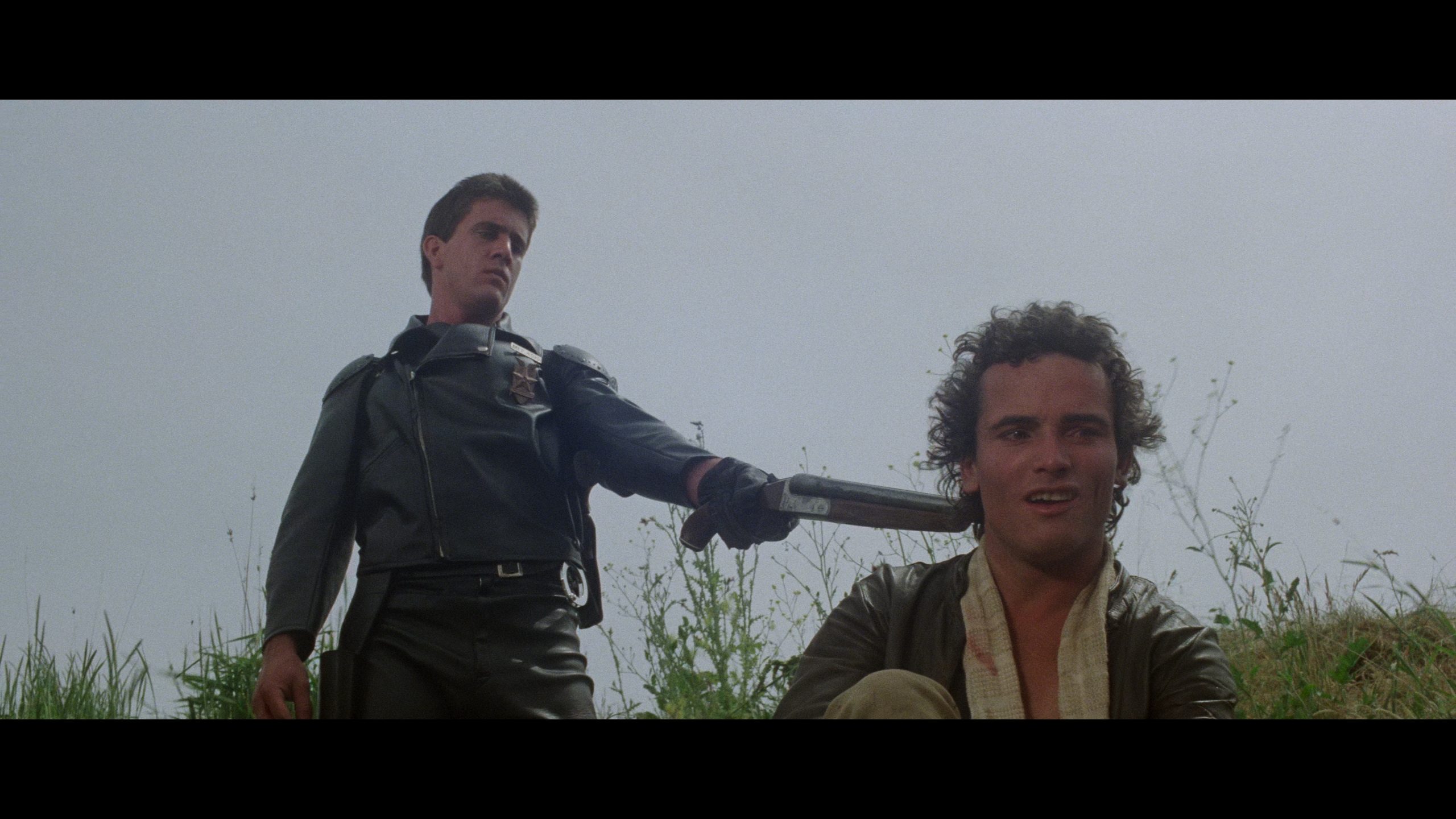 Australian DTS-HD comes in 5.1 and stereo. There’s an option for the American dub too. The 5.1 track does well to track cars panning the soundstage. Movement between channels sounds natural. Yet, this track calls for better range. It’s lacking in volume, the treble never punchy enough, the bass lean and loose (rarely used anyway). Stereo works well enough in this case, never drawing attention to itself. It’s the preferred track.

Passable fidelity keeps a hold of things like the score’s highs. Dialog puffiness makes sense given the age and lower budget source. Luckily, there’s no skipping, popping, or static. Like the video, restoration takes care of things.

Kino ports over the previous edition’s extras. Twenty six minutes of interviews are offered, bringing in Mel Gibson, Joanne Samuel, and DP David Eggby, edited together out of sequence instead of focusing on one speaker at a time. Two older feaurettes, Mel Gibson: Birth of a Superstar and Mad Max: The Film Phenomenon, run 40-minutes as a pair. Likewise, the commentary is also an older one, but makes for a complete round of bonuses. Speakers include David Eggby, art director Jon Dowding, effects artist Chris Murray, and historian Tim Ridge.

New to this edition? A Trailers from Hell episode and fresh interview with director George Miller.

Unique in its near future apocalypse, Mad Max takes to the road for a revenge tale, filled with violence and character.