The Rehabilitation of Michael Corleone

“The higher I go, the more crooked it becomes,” says Michael Corleone, frustrated by his attempts to leave mafia life and turn legitimate. It’s intelligent screenwriting, situated in the ‘80s and using wealth as a failing arbiter of integrity. Corleone scores headlines, a media savvy, financial superstar who mingles with Bishops and supports charity. He’s glamorous, repentant, and opposed to the old lifestyle. His turn to a hero – an attempted one, anyway – speaks to a decade ruled by power and markets.

In reediting the film, Francis Ford Coppola finds a better movie in the material. Messy, but fiercer and faster. Trimmed by five minutes and restructuring scenes, Godfather Coda runs into its plot with immediacy. Through this, Godfather Coda wastes little, and in a way, draws some terror in how trusting people are of institutions. Corleone aids the church which he sees as infallible, meanwhile caught in its own scandal.

Time allows Godfather Coda the needed distance for reevaluation. At times, it’s jarring when conversations slip over scenes, clearly dubbed given the lack of mouth movements, all in attempt to condense story points. The oft criticized Sofia Coppola performance remains, of course, if not as abrasive to the tone as it once seemed. Andy Garcia’s cautious power grab helps offset, Godfather Coda feeling more aggressive to match Garcia’s on-screen personality.

No, Godfather Coda doesn’t carry the same class evident in the previous two films. It’s less an elegant mafia movie than one about modern business and greed. Michael (Al Pacino) though persists in this evolving saga, arguably a more nuanced and engaging Don than his predecessor. Watching someone so desperate to make amends and failing holds more dramatic potential than someone at their peak. This refresh patches gaps in that narrative push, forced as alterations might be in spots. Plus, a slightly (very slightly) tweaked ending, ambiguous as to where Corleone’s legacy stands.

If what matters is whether Coppola managed to squeeze a capable finish to the trilogy from a messy third entry, then job complete. Imperfect and flawed, dangling off two cinematic legends, if finding a voice that’s entirely its own. Initially released so late, Godfather III found itself in a different world. Godfather Coda is better prepared, via hindsight, to engage in a corrupt international money crisis. 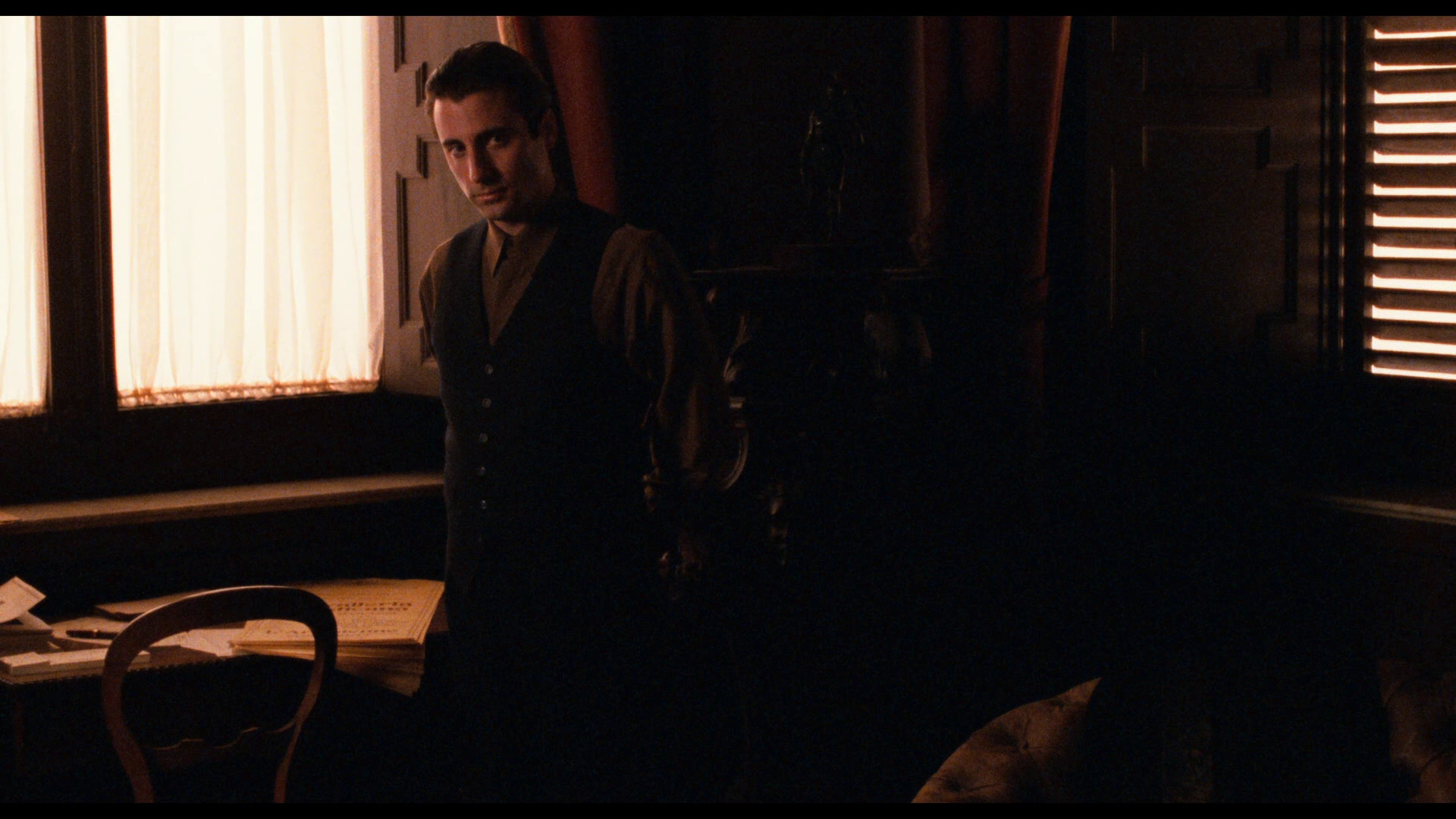 High on warmth, the color palette bathes in orange. Lots of orange. It’s plenty, if in line with Paramount’s other Godfather remasters. Saturation doesn’t let primaries bloom, sticking warmth over all, almost monochromatic at times. Only in Italy do some scenes break, then quickly returning to the golden aesthetic.

Hefty grain asks the encode to work overtime. Kudos to Paramount’s compressionists for keeping things organic, preserving the film stock without concerns. Clean-up and restoration long since kept the print flawless, and that carries over here. Hardly a scratch, speck, or dust spot remain.

Generous resolution pulls constant fidelity, dazzling at times given the level of evident texture. Facial definition far surpasses expectations, even in mid-range shots. No question this comes from a 4K source. The sharpness alone confirms that, let alone the detail.

While leaning dark and occasionally falling to crush, the resulting dimensionality makes it worthwhile. It seems clear Paramount prepped this for HDR, the bold contrast equal in fierceness to the shadows. Highlights excel, emboldening light sources, few as they often are.

TrueHD runs excessive in spots. The opening party overuses the rears, overly loud where ambiance is concerned. It’s nice when in Corleone’s office though, a soft background. Even in the church, echoes run overboard. Same with Vincent’s apartment as trains pass. It’s too much. Accurately positioned, but too much.

Dialog fidelity exhibits no age, precise clarity a constant. Music nicely fills the low-end. Smooth and natural bass adds weight. The rumble alongside the helicopter shooting mimics an earthquake, spectacular stuff, and certainly the aural highlight on this disc.

A short 90-second intro from Francis Ford Coppola and that’s it. Paramount is likely saving more for an eventual box set, although nothing is announced as of now.

Tighter and faster, Francis Ford Coppola’s reedit makes Godfather Coda a better movie and stronger finish to the trilogy, if still an imperfect one.

The 15 unaltered images below represent the Blu-ray. For an additional 45 The Godfather Coda screenshots, early access to all screens (plus the 120,000+ already in our library), 120 exclusive 4K UHD reviews, and more, subscribe on Patreon.