It’s possible for a film to be too passionate; Silent Running is one of those. Bruce Dern’s fervent, angry, isolated space-bound groundskeeper pleads less with shipmates than the audience themselves. He sleeps next to a Smokey the Bear poster and a patriotic proclamation to maintain America’s forests. There’s even an early alert about processed food, Dern calling it, “dry synthetic crap,” as he munches on a freshly picked melon.

Silent Running is special, even if its thematic aggression avoids even basic nuance

Some movies approach topics with heavy hands; Silent Running, then, uses a rock crusher. Consider the premise in which Earth is laid barren, one assumes by climate change, deforestation, and/or pollution. Nations send forests, encased in domes, out into space with small crews maintaining them. Eventually, people lose interest. The ships don’t create profit. In planning for such a scenario, the ships hold handheld nukes, meant to blow up these final trees. Silent Running considers a future so crass and cruel, someone would send a nature-saving mission into space, but with a backup to detonate the whole thing just in case. Punch a hole in the glass? Eject the pods? Stop watering things? No. Nuke it all.

In dialing down the fervent theme in the second act, Silent Running finds stability. It imagines the possibility of the lone, archetypal tree hugger hippie (but played with somber caution, not stereotype) left secluded. No people, just plants, floating through the cosmos. Only two drones give Dern’s character peace, something he can speak to in his desperation for connection after denigrating his former mates. That feeling of longing, but a willingness to continue preserving a natural existence, speaks at greater volume than Dern shouting, “Nobody cares!” earlier when confronting humanity’s obstinate tone toward doing anything.

Silent Running concludes on an unflinchingly bleak note. Joan Baez contributes an operatic but equally forceful somber theme song, meant to leave no question as to what Silent Running stands for. It’s a movie about values and purpose, distorted as the decade moved forward by the nature attacks genre. That’s not Silent Running. The quiet thoughtfulness faded as audiences gravitated toward visual effects spectaculars (and Silent Running offers plenty to see on a minimal budget). In that, Silent Running is special, even if its thematic aggression avoids even basic nuance. 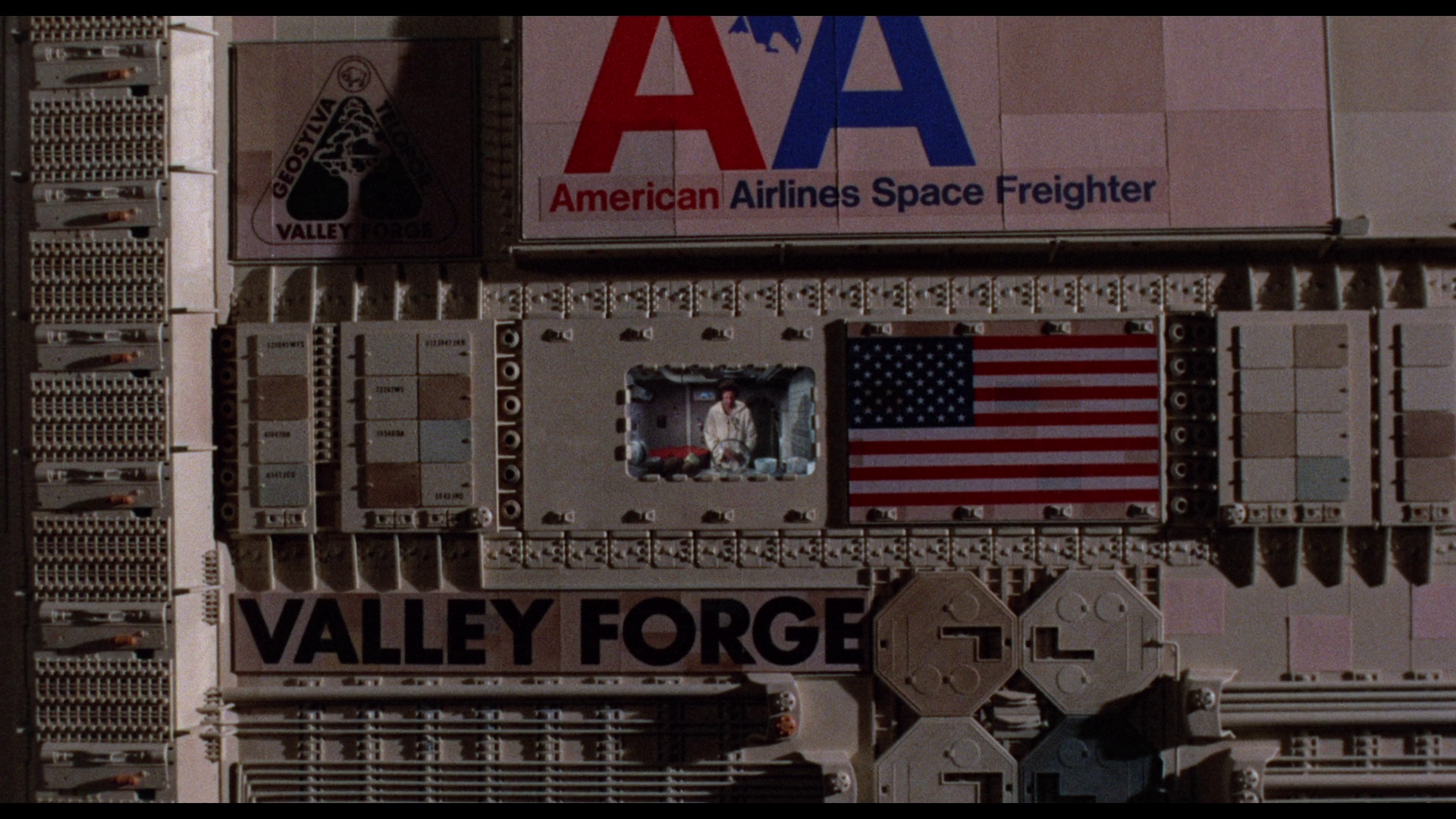 Firm resolution keeps a hold on sharpness, waning only as the source cinematography dictates. There’s hardly any damage left either; restoration work looks superb. Fidelity pours from this disc, resolving the miniature ships as much as facial detail or costume texture. Encoding keeps imagery precise even as grain spikes.

Vibrant contrast gives interiors a glow. Suns and stars off in the distance sparkle as the camera passes. Some shots near Saturn look splendid and give hope for a future 4K release and HDR. Likewise, black levels keep space at absolute black. Shadows help establish a baseline dimensionality, and then never move from that point.

In DTS-HD mono, the score elegantly plays. Crisp highs are achieved, exhibiting no loss from age. There’s even some light bass filtering in, organic with its touch, enough to bring a little range.

Joan Baez’s track carries its own challenges, including high octaves. Luckily, there’s no loss there either, analog in its clarity, sure, but pure.

Environmentalism enters space in Silent Running, a film never shy about its point of view or its theme’s importance.

The 15 unaltered images below represent the Blu-ray. For an additional 28 Silent Running screenshots, early access to all screens (plus the 120,000+ already in our library), 120 exclusive 4K UHD reviews, and more, subscribe on Patreon.