From the producers behind Oscar winner Crash comes a dark thriller set in an exotic locale with an all-star cast led by Orlando Bloom, Bill Paxton, and Zoe Saldana. Released straight to video in the wake of Crash’s critical success, Haven is an oddly structured, non-linear tragedy that explores the criminal underbelly of the Cayman Islands. Equal parts tragic romance and deeply embedded class struggle firmly reflecting its Caribbean setting, Haven is sadly less than the sum of its parts.

Cayman Islands’ native Frank E. Flowers builds a multiracial portrait of the tropical paradise for his ensemble thriller. Lives from all strata of society intersect in the twisting and disjointed narrative, first introducing a corrupt American businessman from Miami played by Paxton. Fleeing from the Federal government, he abruptly heads to the Cayman Islands with his spoiled, 18-year-old daughter Pippa (Agnes Brucknor) in tow. He’s on the run looking for the cash he’s stored in a local bank as a tax dodge.

Haven is an oddly structured, non-linear tragedy that explores the criminal underbelly of the Cayman Islands

A completely separate arc details the story of Shy, a harmless dock boy played by Orlando Bloom in love with local island school girl Andrea (Zoe Saldana). Their “forbidden” romance leads to a violent set of events which eventually loop back into the businessman’s affairs. Orlando Bloom gives a sensitive, moving performance as Shy but his romance with Andrea plays out as a devastatingly tragic chain of events that gets less plausible with each new development.

The R-rated thriller has a wonderful cast hampered by an unusual screenplay. The first act introduces Bill Paxton’s character and sets up his daughter Pippa as a major character, only for Haven to pull a fast one and set up almost an entirely different cast of characters as the “main” stars for the second and third acts.

Haven ended up going straight to video for a reason despite the headline cast. An intriguing premise with interesting direction, I wish the ambitious but unwieldy screenplay had been more refined. The tragic, sexy thriller’s best feature is its beautiful setting in the Cayman Islands and the lively look at its mixed culture. 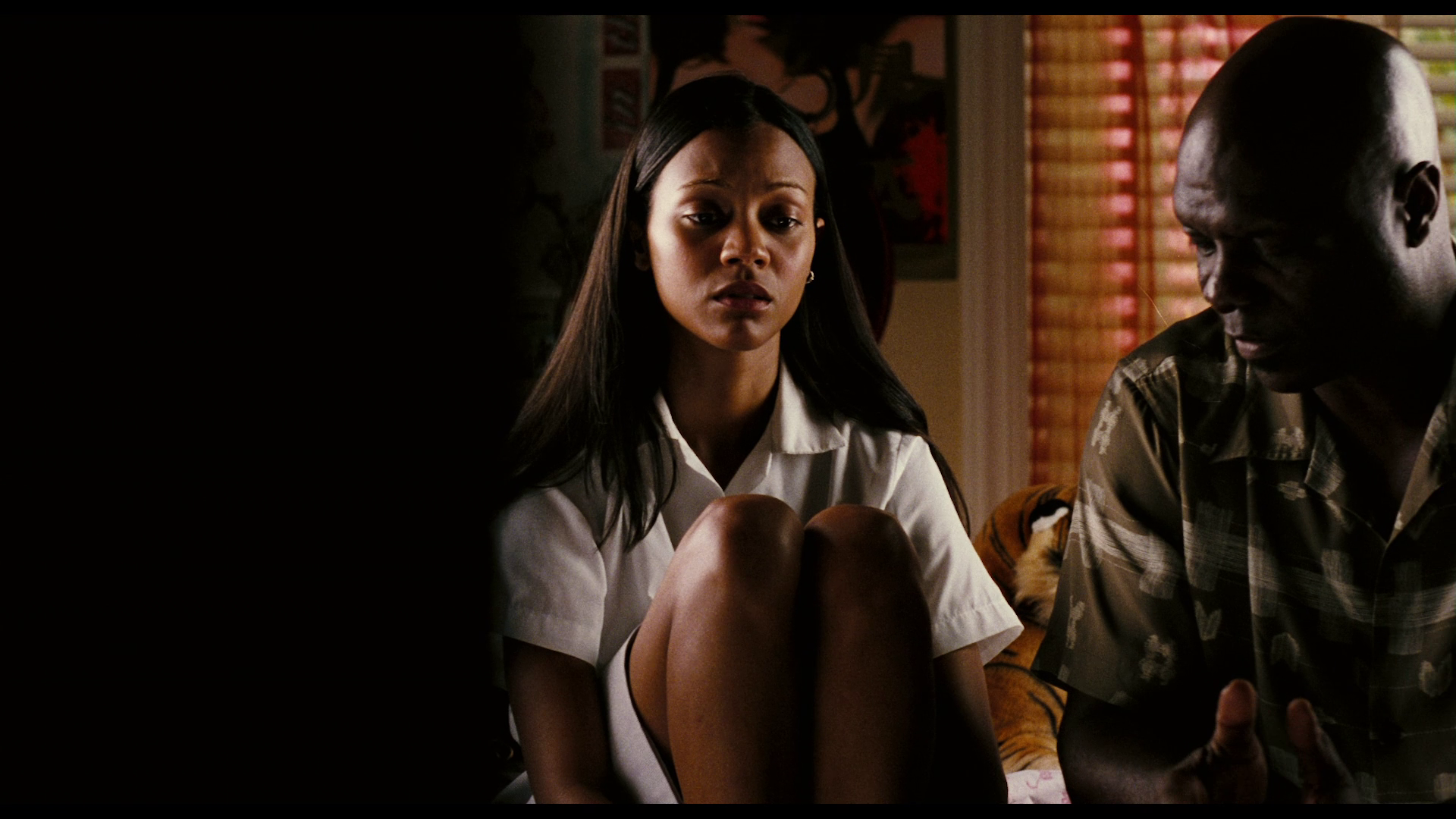 MVD digs up a serviceable but largely lackluster HD transfer for Haven made some years ago. Originally issued back in 2006 on DVD by Fox, the 35mm film makes its first appearance on Blu-ray at its intended 1.85:1 aspect ratio. The 1080P video has suspect shadow delineation and a darker contrast, decently replicating the film’s limited color palette. Despite the telegenic appeal of its Cayman Islands setting, the moody direct-to-video thriller isn’t a looker.

The uncut main feature runs 98 minutes, encoded in adequate AVC on a BD-25. Haven’s gritty cinematography has a prominent grain structure despite solid clarity and definition. However, actual resolution and detail are soft and underwhelming. The film’s unfiltered transfer shows no serious processing but it’s not videophile quality. It is a dated transfer, possibly struck over a decade ago. Grain reproduction is barely serviceable.

The thriller isn’t loaded with action but has a few choice cues sprinkled throughout the film with discrete directionality. The LFE channel gets a moderate workout. Dynamics are solid, preserving crisp dialogue exchanges.

MVD codes the Blu-ray for all regions. This is the first time Haven has hit BD anywhere. Part of their MVD Marquee Collection, Haven retains the meager bonus features found on Fox’s original DVD issue and throws in a few trailers for other MVD releases. No studio must own the licensing rights, because Haven has seen a wide variety of distributors all across the globe.

“Making Of Haven” Featurette (03:25 in SD) – A perfunctory glimpse at the ensemble thriller.

The dark, tragic criminal thriller’s all-star cast is let down by an overly ambitious screenplay.

The 15 unaltered images below represent the Blu-ray. For an additional 11 Haven screenshots, early access to all screens (plus the 120,000+ already in our library), 120 exclusive 4K UHD reviews, and more, subscribe on Patreon.