It’s not unusual for Ultraman to feature multiple heroes, fighting alongside one another. The change in Ultraman R/B brings together two siblings, gifted the power to merge and sync abilities. And also bicker. Because brothers.

The series plays out in two strictly defined acts. Ultraman R/B begins with an eccentric tech billionaire villain – outrageously overplayed for effect – aimed distinctly at kids. Prior Ultraman offerings sought dark, subversive themes; Ultraman R/B is not one of them, but that’s fine.

In the second half, Saki Mitsurugi (Ayana Kinoshita) brings a compelling force to Ultraman R/B. Evil, but empathetic. Vengeful, but pure. There’s no certainty with her, and in replacing the outlandish Aizen, the series finds its footing. Suddenly, the brotherly squabbles seem quaint, forcing the family to unite to save Earth, using the simplistic for-kids baseline as a mere set-up for the genuine consequences of their arguing.

Twists and mysteries build, held to the final episode or two before finally relenting with answers. It’s not even clear why the brothers were granted powers until the last few minutes, flawlessly connecting Ultraman R/B to its familial themes and believing in one another. Simple, yet told with clever, misdirecting complexity, clear enough for the young demographic, sharp enough to keep adults fooled. 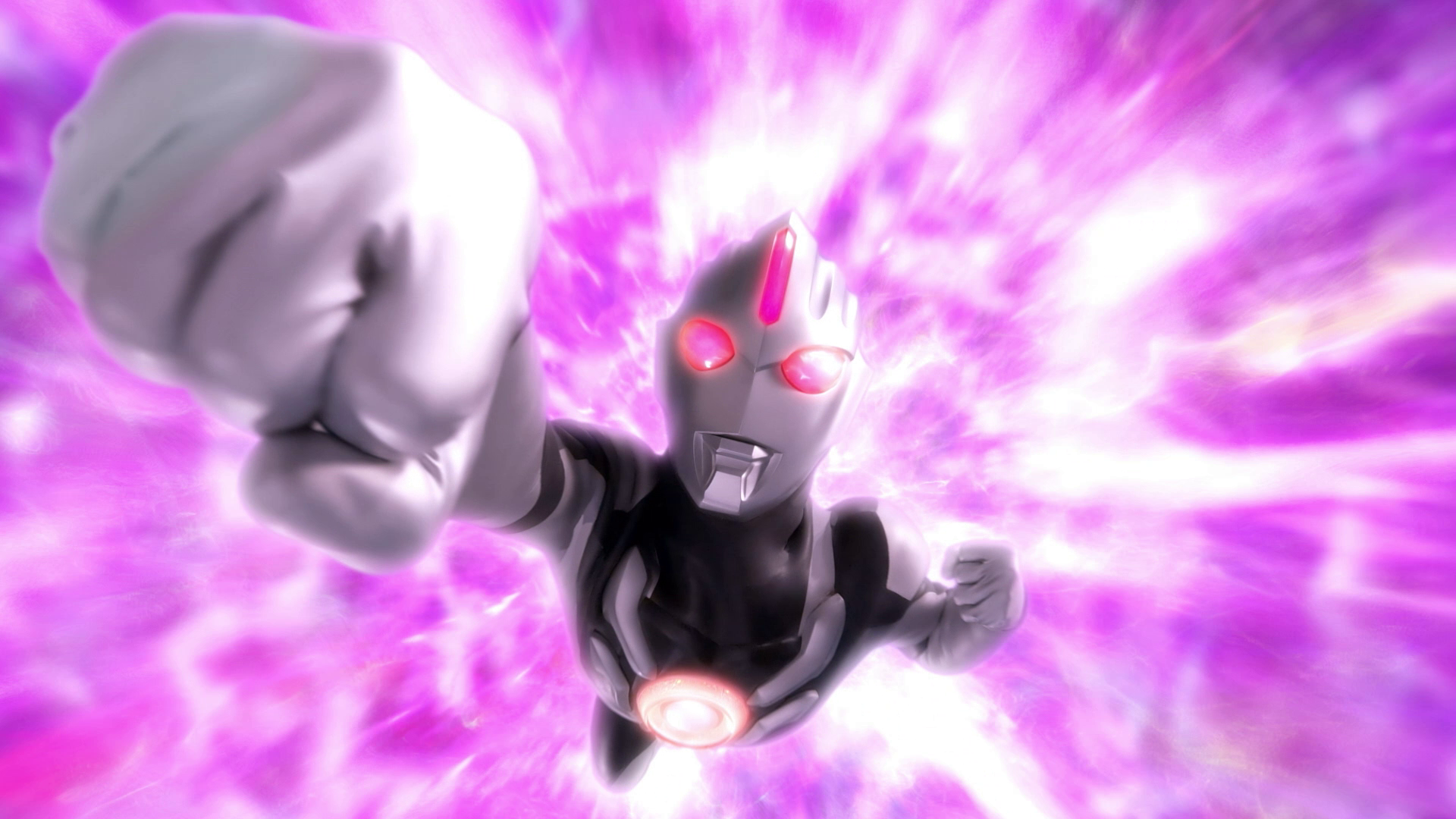 Flashy backgrounds and laser beams heighten saturation levels, going for bold primaries. One of the monsters is a blue ape-like creature, its skin beautifully represented on these discs. The Ultra brothers carry their own aesthetics, even when not in hero form, easily identified by the pleasing color reproduction.

Capable DTS-HD stereo (Japanese only, with subtitles) splits wide on occasion, but lacks finer precision. Action primarily sounds centered, moving in extreme situations only. For TV on a budget, the mixing follows typical expectations, even if shows like this beg for greater separation given their visual scope.

Some small energy runs down into the subwoofer, accentuating explosions to add mild range. Again, it’s limited by format.

Nothing, although Ultraman R/B does come in an optional package that includes its theatrical movie finale. Or, you can buy each separately.

After an inconsistent start, Ultraman R/B finds its footing through a complex villain, challenging the show’s family dynamics.

The 15 unaltered images below represent the Blu-ray. For an additional 43 Ultraman R/B screenshots, early access to all screens (plus the 120,000+ already in our library), 120 exclusive 4K UHD reviews, and more, subscribe on Patreon.