After twenty years, Tai and his Digimon partner Agumon go on their final adventure together in Digimon Adventure: Last Evolution Kizuna. A sprawling anime franchise with fans across the world and seventeen movies in total, the highly-anticipated theatrical movie gives the show’s original characters one last, epic ride off into the sunset.

Tai and the other DigiDestined discover that as they reach adulthood, their bonds with their partner Digimon are permanently breaking and the Digimon will soon disappear from their lives.

Digimon Adventure: Last Evolution Kizuna is a movie made for long-time fans that grew up on these characters, offering a fitting farewell

A new Digimon named Eosmon has arisen, robbing DigiDestined around the world of their consciousness. Tai and his fellow DigiDestined fight Eosmon with the knowledge that their final battle together may doom their Digimon partners.

The taut narrative neatly manages the huge ensemble of Digimon characters while still providing emotional beats that resonate. Digimon Adventure: Last Evolution Kizuna is a movie made for long-time fans that grew up on these characters, offering a fitting farewell. The sadder moments add gravitas and weight to the action-heavy plotting, nicely paced and balanced.

Digimon Adventure: Last Evolution Kizuna is the Avengers: Endgame of the franchise. Years in the making, it is made for fans that love the original Digimon Adventure anime and needed a worthy conclusion to its saga after all these years. Satisfying and emotionally charged, fans should cherish the movie. 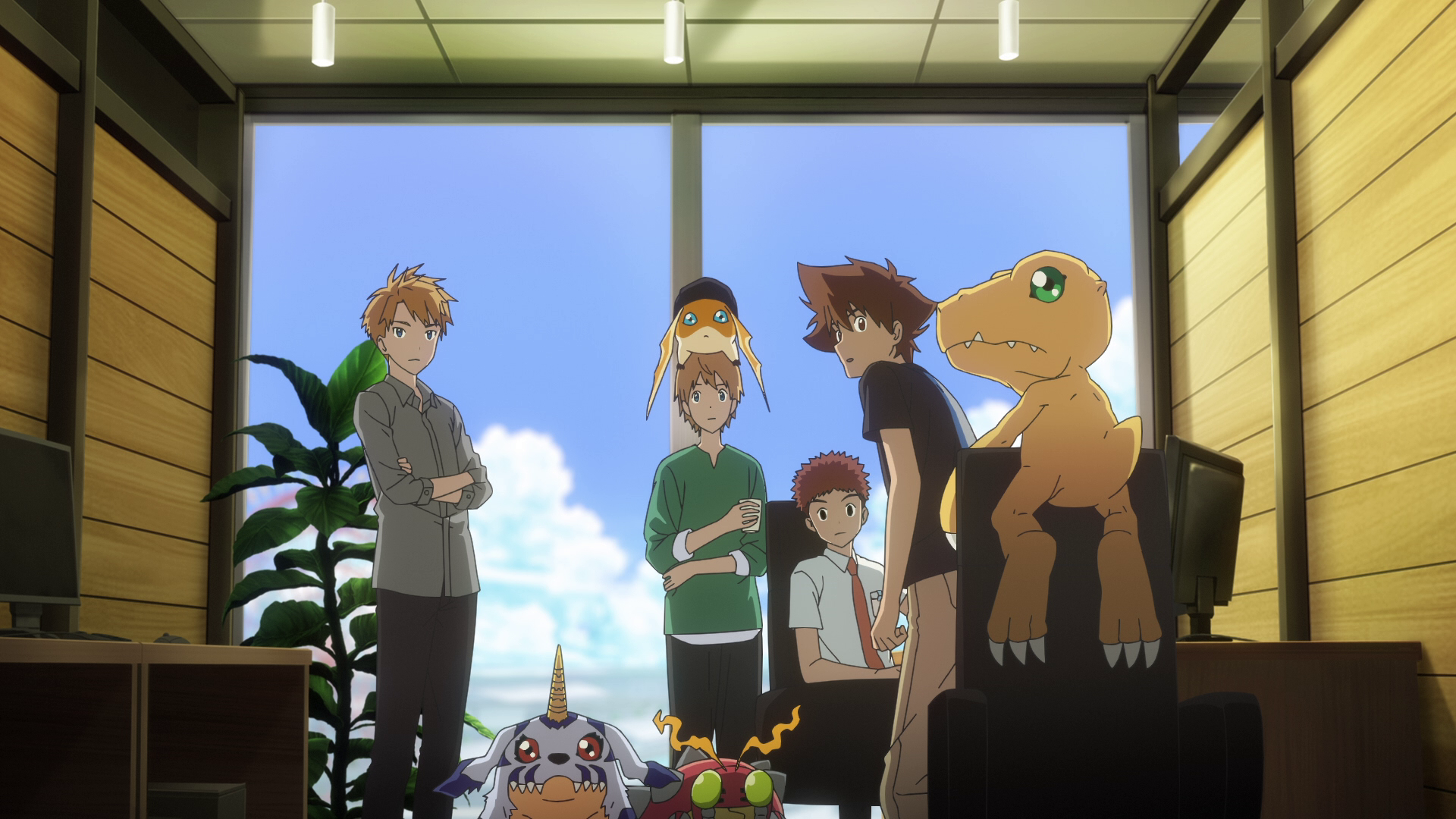 Bringing back the original voice cast for the English dub, both English and Japanese soundtracks are presented in fully active 5.1 DTS-HD MA. The English voice cast includes such returning names as Joshua Seth, Nicolas Roye, Tom Fahn, Johnny Yong Bosch, and Robbie Daymond. American fans will likely prefer the familiar English voice cast, as they take the characters in slightly different directions than the Japanese cast.

Shout Factory includes a nice featurette with the voice actors for Tai and Agumon reminiscing over the show and their characters. The Blu-ray and DVD combo set includes a slick, glossy slipcover. The BD is coded for Region A. An 18″x24″ lithograph of the cover art was available from Shout Factory on pre-orders but has already sold out.

The Final Evolution: Remembering 20 Years of Digimon Adventure With Joshua Seth and Tom Fahn (15:20 in HD) – Go behind the scenes and in the recording studio with the voice actors for Tai and Agumon. They each share their approaches for creating the voices. This is a nice look back at the series and fan should feel some nostalgia after seeing it.

Tai and the gang return for one final quest in this epic and often sad conclusion to the Digimon Adventure anime.

The 15 unaltered images below are taken directly from the Blu-ray. For an additional 27 Digimon Adventure screenshots, early access to all screens (plus the 120,000+ already in our library), 120 exclusive 4K UHD reviews, and more goodies, subscribe on Patreon.