Peter Jackson’s 2005 King Kong remake earned flack for a scene that showed Kong playing on ice in Central Park with Anne. Too goofy, too corny. Maybe even weird to consider an ape romancing a woman as such. Those people never saw Yeti, where Italian actress Antonella Interlenghi caresses the oversized Yeti’s chest, making his full scale prop nipple harden.

In the world prior to and immediately following King Kong 1976, Yeti stands among the knock-offs as something truly oddball. Not as decrepit as A*P*E*, not as outlandish as Queen Kong, nor as convincing as Mighty Peking Man, Yeti stands in a bizarre middle ground where it’s campy enough to warrant a mention, but earnest in attempting serious drama.

Yeti involves its own twists, even some thrills during an elevator shaft rescue

Consider the rockin’ disco theme song containing the killer lyric, “He is so big!” Or the stock Texan-like oilman who snaps his suspenders to celebrate his success. There’s a thin oil crisis theme, and the evil capitalists seeking to off Yeti as their marketing scheme collapses. In Yeti’s final act of cinematic hokum, the Yeti returns to nature, super-imposed over melting/collapsing glaciers, crying as him home turns to liquid ocean as if a beastly interpretation of Iron Eyes Cody’s iconic anti-pollution ads.

Under pounds of fake fur, actor Mimmo Crao acts out his goofy role, going for it with expressive anger and a truly hilarious flirty hair whip when laying his eyes on Interlenghi. Pithy composites place him in downtown Toronto, stepping on some folks and causing limited mayhem because the budget shies away from expensive miniatures. A full size hand and immobile prop Yeti come into play too, as unsuccessful as they are.

Yeti runs long, although to its credit, rarely does it slow. The hokey rampage lasts most of the runtime, keeping things active and energized even at its weirdest. In siphoning King Kong’s plot points (even the same oil crisis theme from ‘76), Yeti involves its own twists, even some thrills during an elevator shaft rescue. Crao begins climbing down a miniature skyscraper, deliberately smashing every window on the way as a bombastic spin on “Oh Fortuna” plays. For something so shoddy, lean, and derivative, there’s a genuinely epic quality to that sequence showing it wasn’t a lack of talent behind the camera. Rather, a film compromised by time, money, and rip-off status. 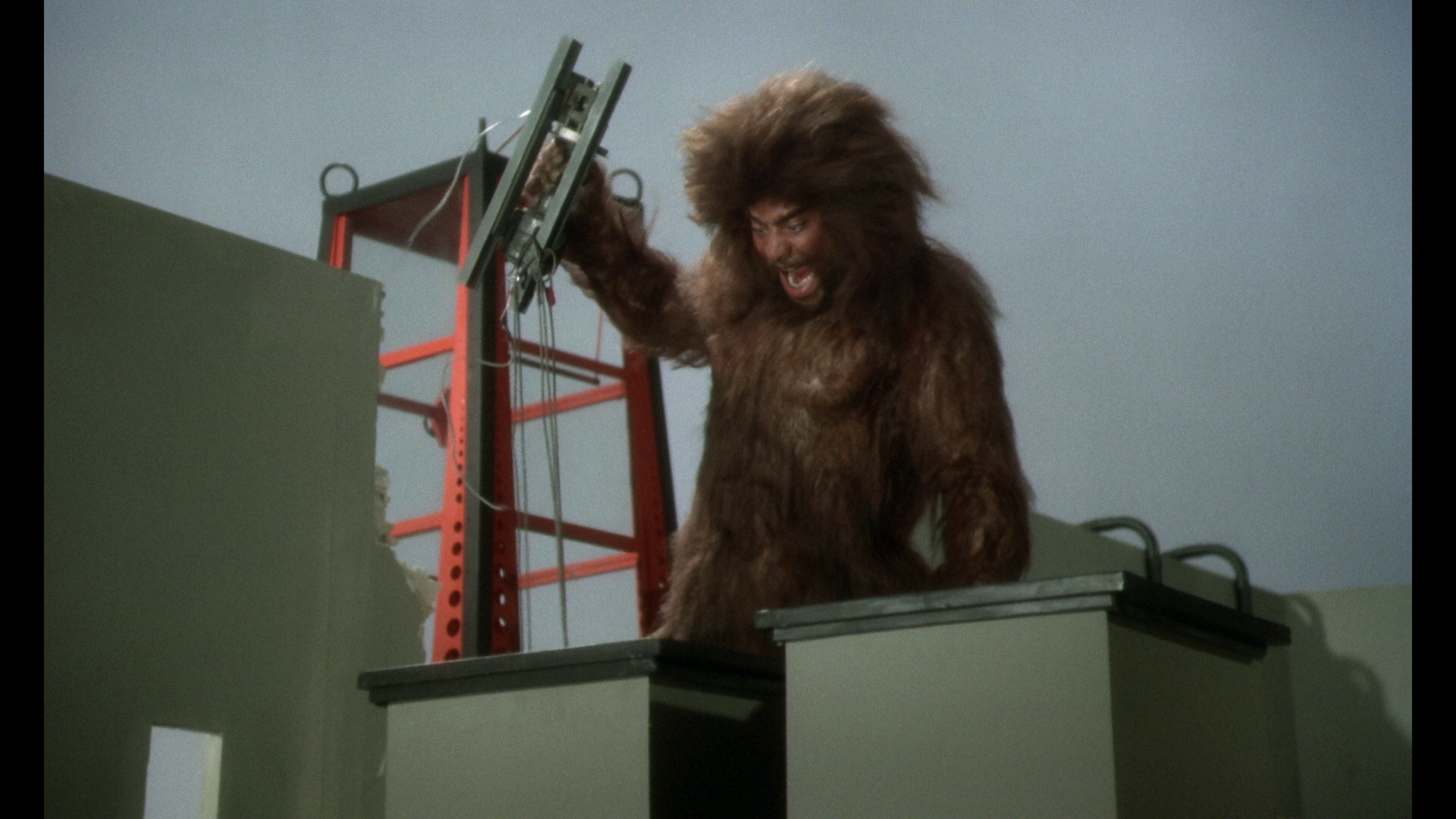 Ditching any official DVD release, Yeti jumps right to Blu-ray. Sporting a master pulled from the Italian negative (so says the slipcover), the result is impressive. Imperfect, if striking. Print quality shows no wear or damage, plus total stability. Restoration makes Yeti shine.

Grain sticks around, but smearing does lead to questions about processing. The file size gives Yeti enough space, making compression an unlikely cause. Rather, some noise reduction, marring – slightly – definition and detail. Effects work erodes as much too, understandably. Expect composites to appear murky at best.

Mild yellowing saps power from primaries, but not enough to drain them totally. Saturation excels in pulling out bright reds and greens. It’s perky color mastering, complemented by capable contrast, in particular black levels. Age lessens the contrast, reaching an off-white at its peak.

English dubbed DTS-HD is the lone option, rife with mispronunciations, even Yeti (spoken at Ya-Ti). In fidelity terms, it’s adequate. Balance allows dialog to successfully pair with the score, highs managed well. There’s no low-end to speak of, although drums produce a capable response.

Nothing. The menu only allows a play option.

Yeti: Giant of the 20th Century

The 15 unaltered images below represent the Blu-ray. For an additional 32 Yeti: Giant of the 20th Century screenshots, early access to all screens (plus the 120,000+ already in our library), 120 exclusive 4K UHD reviews, and more, subscribe on Patreon.