Insurance company Geico runs a commercial playing off the idiocy exhibited by horror movie characters. There’s a difference between doing a dumb thing – like Geico shows when teens sprint toward chainsaws instead of a running car – and generally being dumb, which the Black Water: Abyss cast is. Specifically, exploring a newly discovered cave while pregnant. That’s dumb. Mega dumb. Stupid. Moronic. Idiotic. Clueless.

If there’s a defense, Black Water: Abyss doesn’t have much else to define these inane characters. A tepid relationship, maybe, and that factors into the pregnancy debacle. Otherwise, it’s a matter of waiting for these dopes to turn into victims as a hungry, territorial crocodile draws near. Said croc can reach them because they chose to lower themselves underground during a mega storm, which then floods this cave system. Again, nitwits. All of them.

After the opening act, Black Water: Abyss becomes two scenes, replayed endlessly. In one, the women and an injured climber watch the rising water. The other sees the male heroes looking for a way out. Black Water: Abyss cross-cuts between them, the reptile taking a few shots where it can in unexciting attacks.

Black Water: Abyss begins with a Japanese tourist couple, lost in this Australian forest, then tumbling into a giant hole they somehow didn’t see. Regardless, it’s capable monster fodder, both nameless characters trapped by injury, forced to stare as the croc comes near. That works. It’s effective. Standard, if capable in a killer caiman movie way. The rest is not.

This is a sequel to 2007’s Black Water, but the only connection is the Australian setting and crocodile. Like a number of direct-to-video creature sequels, Black Water: Abyss survives on name only, or maybe hopefully confusing someone into thinking this follows the little known 2018 Jean-Claude Van Damme flick of the same name. Either way, disappointment follows.

It’s difficult to even assess a movie this thin. Certainly, Black Water: Abyss is not one for subtext. At least the forced climate change commentary in Deep Blue Sea 3 added something; Black Water: Abyss doesn’t attempt anything, short of the final act turning into an episode of TV reality show Cheaters, because with seconds left to live, that’s what matters. 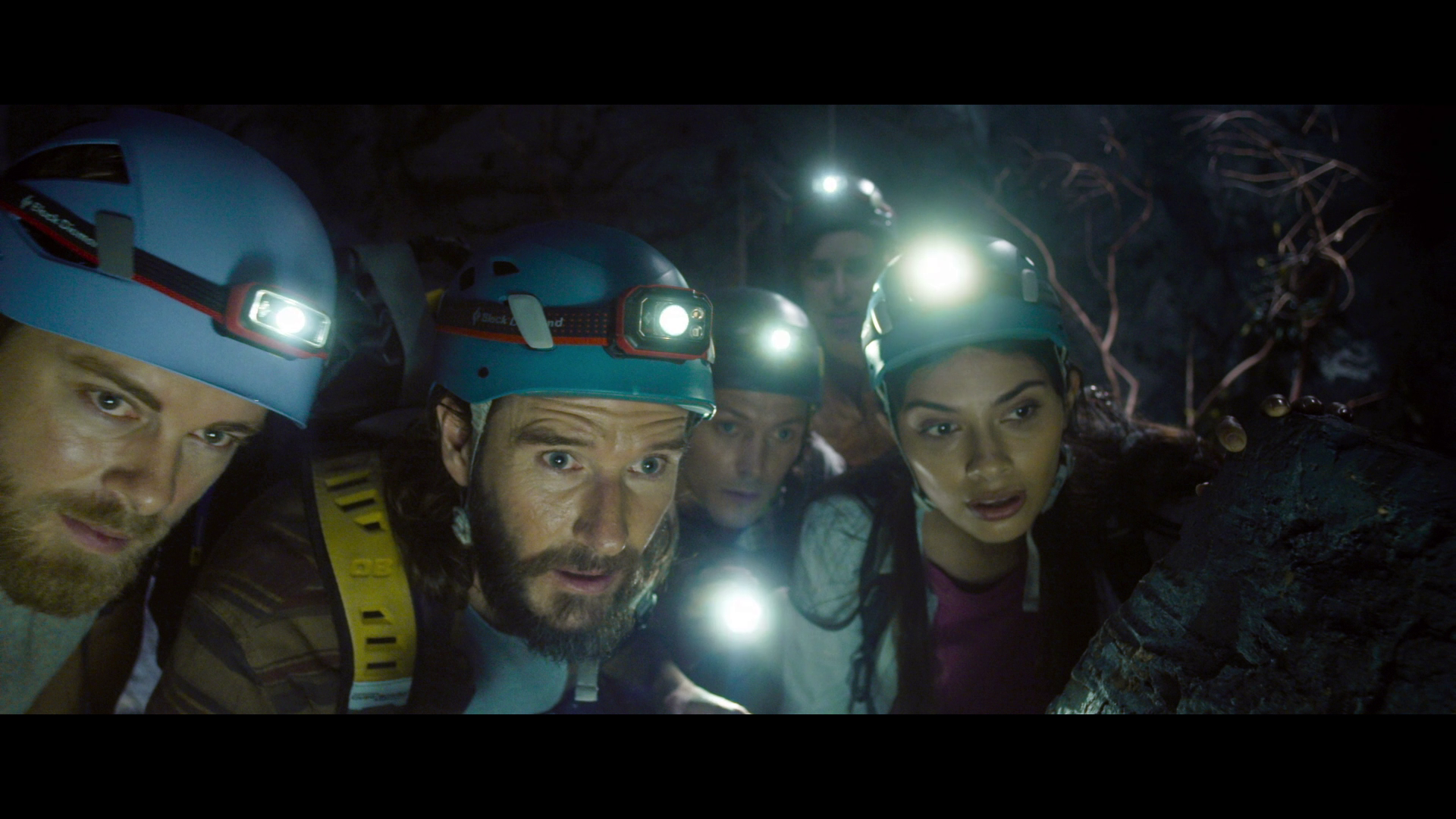 Acknowledging the low light conditions and slim budget behind this digital production, this still looks awful. In fact, Black Water: Abyss is a case study in banding and how ridiculously severe it can become. With flashlights slicing through shadows and cloudy underwater photography, the problem is everywhere. Add in noise and vertical artifacts to obliterate this disc’s chances.

Black levels look nice. That’s something, even if they tend to waver. All the focused lighting perks up otherwise unimpressive contrast/depth. Detail slips through moderate resolution, defining close-ups where possible, if never striking.

Early scenes introduce a cold, pale color scheme. That doesn’t change, as if the caves might allow saturation in the first place. Flesh tones often stick with a sickly hue. In the final moments, exteriors add a slight bump to surrounding greenery, if limited by intentional grading choices.

Better stuff here compared to the video. Deep low-end adds punch to croc attacks, also the flooding and cave collapse. That range extends to thunder and a late crash sequence. This isn’t a mix shy to show off its power.

Even on a budget, mixing involves the forest/jungle thanks to loud insect calls. Water splashes frequently, and if there’s any success in Black Water: Abyss’ tension, it all comes from audio design. Hearing the water surface break in a rear speaker is cause for alarm.

As a side note, one of the company logos playing before the movie is reminiscent of the old THX demos as a plane swoops through the soundstage. That’s fun.

A lousy CG crocodile munches on some idiots in Black Water: Abyss, and it’s not fun, even for a few minutes of the overlong runtime.

The 15 unaltered images below represent the Blu-ray. For an additional 17 Black Water: Abyss screenshots, early access to all screens (plus the 120,000+ already in our library), 120 exclusive 4K UHD reviews, and more, subscribe on Patreon.