A Pencil and a Gun

Ethan Hawke plays a former cop, a background part, acting as a moral bridge between casino heists and their necessity for those FEMA left behind. It’s difficult, stunted in delivery (almost fourth wall breaking), and clumsy, if necessary. Cut Throat City is a demonstration film; set in 2005, the staging doesn’t feel out of place now. The design is to expose systemic inequality, and imagery builds on racial division. Intent is clear, forceful, and personal.

Much is asked of Shemeik Moore, playing a young, newly married comic artist struggling to make any industry headway. There’s a grueling scene where Moore meets an executive, with Moore tapering his personality because it’s clear he knows to downplay any potential bias.

Moore’s character does awful things. He’s caught up amid knowingly awful people, puts himself in dangerous circumstances, and then tries to get out. That’s Cut Throat City’s point – powerful people allow him to leave, no charges pressed, but poverty magnetizes the urge to go back. For these kids – lost 20-somethings – their future doesn’t revolve around art. Implicit social bigotry costs society, and few ever know what’s lost in such an imbalanced system.

Unfortunately, the thematic energy drains over the runtime. What’s too sluggish early becomes a jumble in the third act, introducing too many players, side stories, and connections. Cut Throat City tries justifying Ethan Hawke’s role, linking him up the chain, before discarding him entirely. For a narrative determined to depict post-Katrina poverty, that falls apart when setting up meetings in lavish homes. It’s meant to show those in power never lose control over even minor infractions, but that’s obvious. That’s Cut Throat City’s point, up to and including conspiracy theories. Politicians, police, and agencies all dictate the lives of anyone deemed too poor to compete. Shame that’s muddled in a messy script. 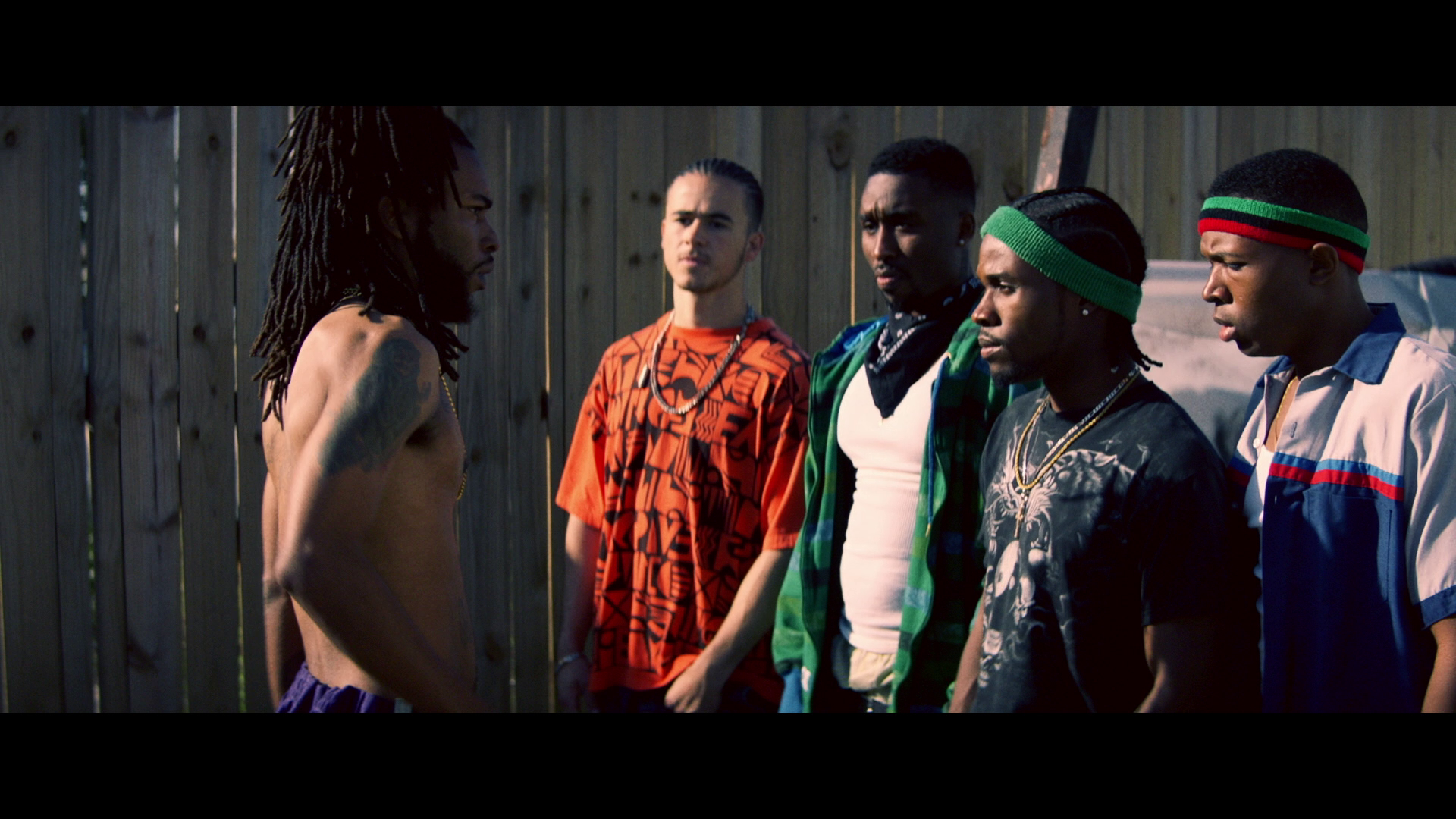 Color grading usually favors warmth, and to no detriment of primaries. Lush saturation lets these hues pop, producing hearty, dense imagery. The longer Cut Throat City goes, the more things turn toward crisp blues, and those do sap some of the energy, but by design.

Driven mostly by music and the soundtrack, the mix plays with the low-end to stretch range. Thumping beats push LFE power. In the opening act, thunder does too. Gunshots lack the same ferocity in comparison.

It’s generally dry and budget-conscious audio mixing, lacking in surround activity. Visiting a swamp, the rears pick up ambient sounds, including insects and frogs. Shoot-outs play with debris fields, if still lackluster. There’s nothing off with the DTS-HD mix, rather the restrained source.

A better message than movie, Cut Throat City delves into the post-Katrina landscape and how inequality offered no out other than crime.

The 15 unaltered images below represent the Blu-ray. For an additional 37 Cut Throat City screenshots, early access to all screens (plus the 120,000+ already in our library), 120 exclusive 4K UHD reviews, and more, subscribe on Patreon.