It’s in the Cards

Silent Fall tells a direct, contained murder mystery, based around an autistic child. He knows the killer, but does not speak. At least, not in his own voice.

Everything in Silent Fall hinges on that young boy (Ben Faulkner). He mimics others, and if Silent Fall succeeds in delivering a condensed, plausible thriller, hearing Faulkner speak with Richard Dreyfuss’ dubbed in voice quickly demolishes the credibility. It sounds absurd, and visually, disorienting. A 10-year-old speaking like a mid-40-something is too much.

Before Faulkner begins opening up, Silent Fall presents a unique medical tug-of-war, with Dreyfuss taking a non-medicinal approach, and rival John Lithgow reaching for needles. On release in 1994, rising concerns about over-medicated kids began circulating, and Silent Fall latched on to that debate for its premise. Time doesn’t dilute the argument, even if it’s played up for theatrics, and Dreyfuss’ empathetic-leaning treatment clearly branded as heroism. Lithgow, by comparison, seems outright excitable when given the chance to inject a patient.

Using a minuscule cast, potential murder suspects are few. Away from Silent Fall’s social commentary, it’s pedestrian. Dreyfuss plays a psychiatrist moving on from his chosen career after tragedy, a ready-made arc played to form. Linda Hamilton does nothing other than be a mopey partner.

Beginning with a gory murder scene, the story calms, simmering a little while truths stay buried. By the final act, Silent Fall turns absolutely gruesome, using shock value to turn victims into villains, and tear down the veil that often separates the wealthy from working class. So much of Silent Fall looks isolated, homes seemingly miles away from one another. It’s unnervingly beautiful, idyllic, with trees and waterfront living. There’s privilege in this life – even to Dreyfuss’ character who knows more than he lets on – that shelters a sordid criminality.

For the full runtime, Silent Fall keeps its stable mystery moving. It’s not often dull, even if the character archetypes don’t budge from their usual paths. Near camp as Faulkner’s dubbed voice is, placing him at the center complicates the routine genre formalities. Autism isn’t often portrayed on screen with nuance; Silent Fall makes its mistakes too, but there’s a genuine effort to portray things from a clinical perspective. 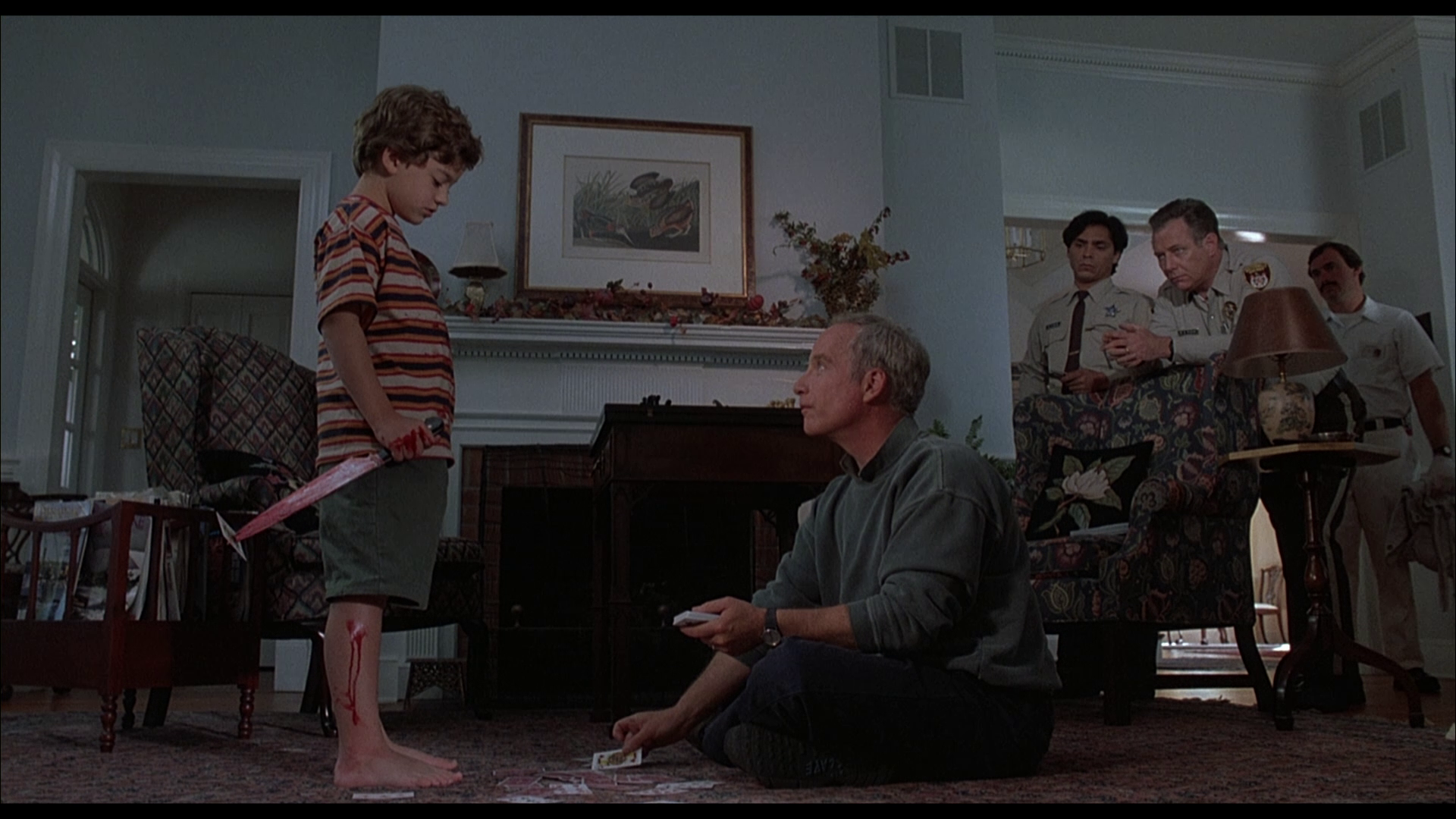 Pitiful resolution draws out minimal texture, in close only as the medium/long shots endure the digital processing. Sharp this is not. Bland color saturation offers little value, and the same goes for contrast. Black levels shine in a few scenes, yet Silent Fall overall whiffs on vibrancy.

An uncompressed 2.0 track splits the soundstage when possible. The music jumps between speakers as needed, and effects stretch the sides. Some dialog turns into discrete effects too.

Fidelity fairs well, only lightly aged. A few scratchy lines sound right for something of this age.

Silent Fall holds some merit as an isolated murder mystery, but it’s utterly deflated by a ridiculous, implausible twist.

The 15 unaltered images below represent the Blu-ray. For an additional 30 Silent Fall screenshots, early access to all screens (plus the 120,000+ already in our library), 100 exclusive 4K UHD reviews, and more, subscribe on Patreon.