Kathy (Hong Chau) regrets not understanding her sister. Next door to her, Korean war veteran Del (Brian Dennehy) wishes he spent more time at home instead of at work. Then Kathy’s son Cody (Lucas Jaye), who pukes when in social situations; he’ll regret those mistakes too given the friendships he’s lost, and he’s only nine.

Driveways uses a soft, tender, and warm indie skin to tell a simple story of acceptance, time, and yes, lots of regret. There’s little complexity and few surprises, but Driveways capably expresses themes, the above along with trust, loneliness, and life’s pressures that exacerbate everything.

This isn’t a story of rich people. Effectively, the neighborhood is skirting poverty, Kathy struggling to stay afloat, hoping to sell her sister’s house. Del’s elderly, but hanging on. There’s a woman across the street, unknowingly racist, and living a sparse life. That’s it for Driveways, a film balancing these suburban archetypes, forcibly blending and pushing them together, coming away with a heartfelt drama.

Driveways, a film balancing suburban archetypes… coming away with a heartfelt drama

Lucas Jaye is Driveways’ core, dealing with circumstances beyond his years, both in performance and character. He finds a bond with Del, someone he relates too, and a father figure since Kathy is a single mom. Capably, Del’s life experiences chip away at Cody’s awkward shell, and their conversations turn deeper than expected – the age difference doesn’t matter. While the community casts judgment on one another, here’s two people from impossibly separated demographics finding a way to communicate and better one another. They listen, they share; that’s all anyone needs sometimes.

It’s a necessary movie for the now, free from political divisions, and only minimal (even logical) trust issues, which dissipate as these characters begin to rely on one another (or realize they can). Everyone needs help. Kids don’t have social bias, and men like Del have nothing else, letting go of his own prejudices to make an impact. It’s a way of making up for mistakes, and bringing some peace into his small corner of the world.

Kathy’s sister recently passed, and when Kathy arrives to deal with the estate, she walks into a hoarder’s house. There’s an entire personality in those items, more than Kathy was able to find while her sibling was alive. Driveways uses that as an ignition. It’s stressful, but also calming, and allowing Kathy to let Del in, help him, and find a bond she never would have otherwise. An uplifting story on minuscule scale. 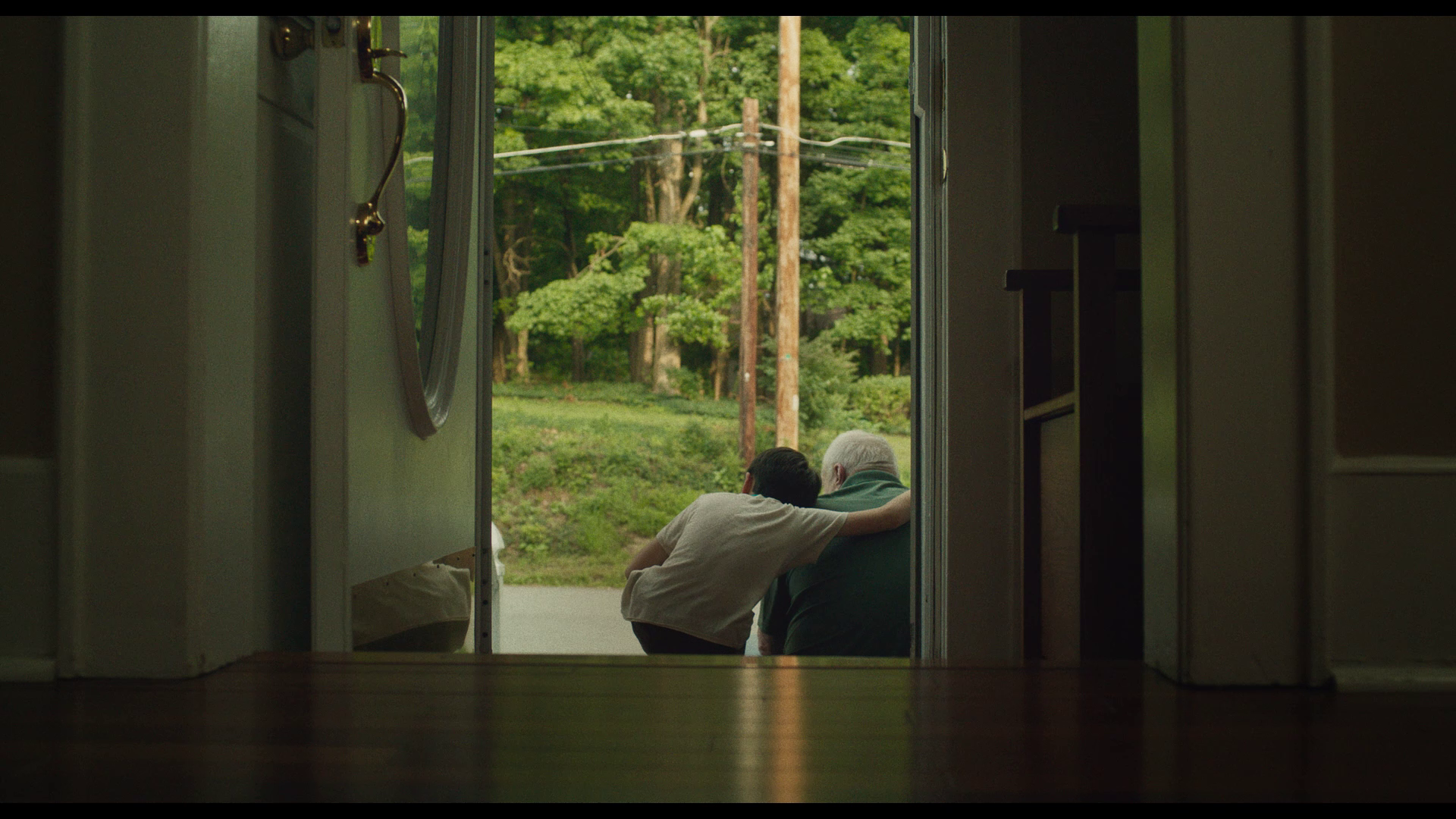 Compression brings too many issues to this encode. It’s fair initially, dealing with what’s likely a grain filter over digital cinematography. Noisy, yet tolerable. When lights go out, things begin to fall apart. Banding and heavy blocking swarm the screen. It’s a mess at times. Noise is one thing. This is akin to early generation DVD when at its worst.

The worst is limited, thankfully. Mostly, clarity is firm, even if thin in fidelity. Artifacting hangs over the disc, sapping fine detail. Resolution provides stability, naturally sharp and precise. Pleasing exteriors resolve the neighborhood at distance. Think clearly HD, if presented on something between cable broadcast and streaming service.

Grading takes the colors into an obviously digital realm, the orange/blues a throwback of sorts to the mid-2000s when every movie looked like this. Flesh tones follow said pattern, if generally warm. A few primaries (greens) do stand out at least. Overall bright contrast keeps most imagery perky. Black levels miss the deepest levels, causing more of the compression to escape shadows.

Stereo or 5.1, both DTS-HD. The 5.1 works, expanding some key scenes like a roller rink a brief trip to a public pool. Sound easily envelops those moments, rich in ambiance, stretching stereos and rears. For such a dialog-focused film, those moments help the sound escape from the center.

There’s limited range, and no LFE push to discuss. Driveways isn’t the type.

A photo gallery and trailer.

Simple and charming, Driveways focuses its story on regrets, using the time we have left, and bringing people together.

The 15 unaltered images below represent the Blu-ray. For an additional 19 Driveways screenshots, early access to all screens (plus the 120,000+ already in our library), 100 exclusive 4K UHD reviews, and more, subscribe on Patreon.