Five Corners is a bizarre movie, eccentric and quirky given its story leads to murder – both of human and animal. Behind the closing credits, a bar owner contends with a penguin loosed from the zoo, this immediately following someone’s mother tossed from an apartment window, and a kill involving a bow and arrow. Weird, even surreal, if undeniably suited to New York.

The melting pot community holds together, everyone given a place. An all-black bar, the Jewish bakery owners, Italians cramped in a one bedroom apartment, German immigrants, the British invasion soundtrack book-ending it all; there’s a calm behind Martin Luther King’s speeches on TV because as of yet, this isolated (but crowded) community has yet to interlock in a meaningful way. As Five Corners plays out, the problems stem from being unable to accept peace. Robbins preaches love and understanding, the early ‘60s simply too volatile to make that message stick.

If any message slips through the oddball tonal shifts, it’s one of pacifism. Robbins refuses violence of any kind, a personal choice, even when asked to defend Foster. Although offering no starring roles to black actors (Eriq La Salle only has a bit part), Five Corners’ eventual outburst admits that fighting is sometimes necessary. It’s ugly, it’s brutal, but afterward, this small subset of the Bronx exists in calm. For how long – Five Corners notes the Civil Rights push hasn’t yet penetrated this area – isn’t clear.

While uniquely locked to a specific point in American life, Five Corners too often drifts into overlong sub-stories, like a wonky elevator ride as two guys try showing their dates how cool they are. It’s not without character purpose, so much as carrying little impact on the total narrative, stopping Five Corners dead. There’s a lot of empty air, especially for a 90-minute movie; that runs the pacing aground. It’s also awkwardly amusing, and never certain in its comedy. Unique, much like those characters living this story, but unfulfilling. 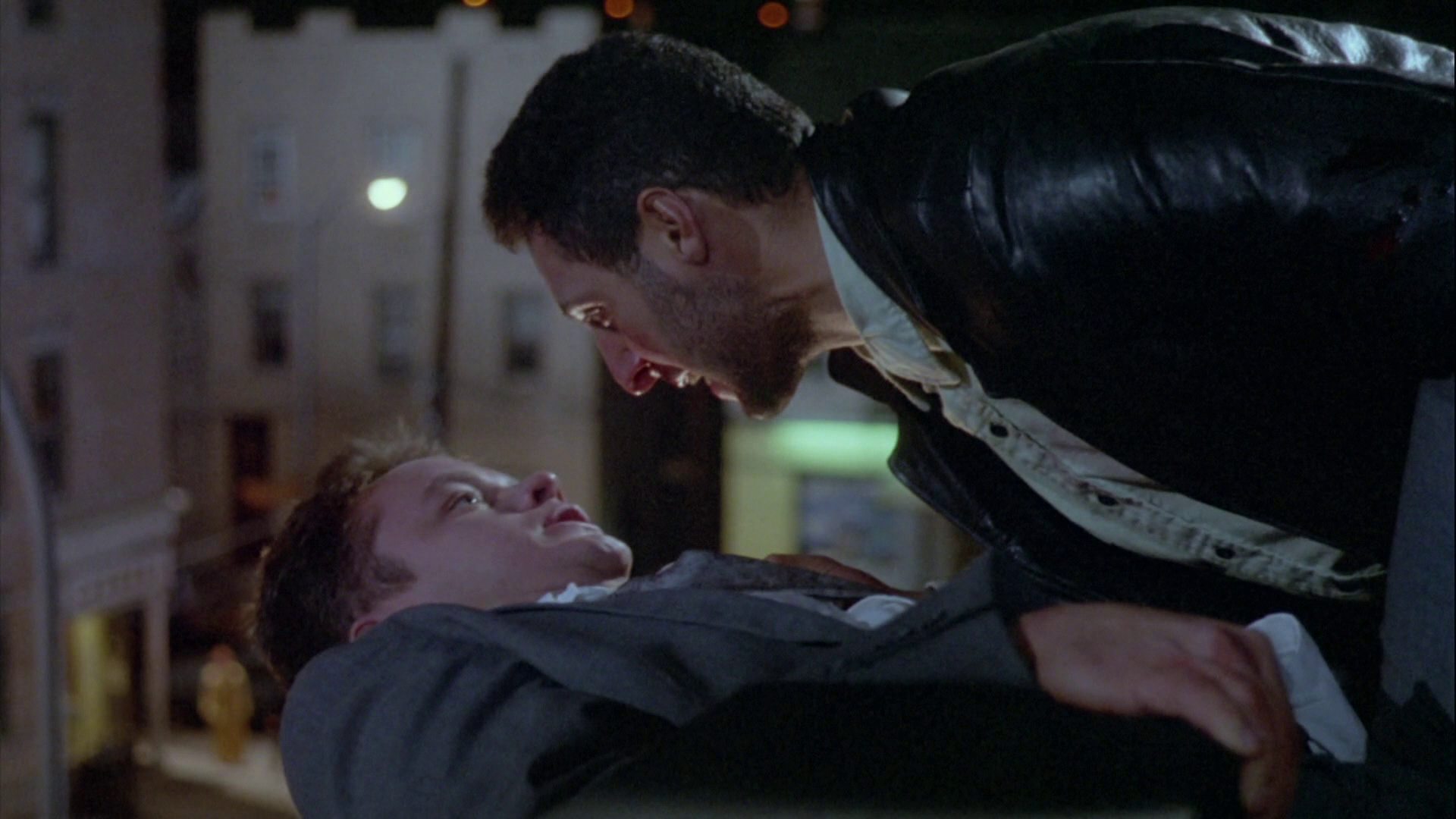 Previously issued to Blu-ray by Image, MVD redistributes Five Corners, and without notable changes. That’s a shame. This master isn’t meant for much other than an early generation DVD. Even the heavy compression disappoints, chunky and noisy in attempting to resolve this grain structure.

Resolution is almost nill. Definition sags. Sharp this is not. Fine detail drifts away due to time and ancient (in tech terms) transfer methods. Without texture, Five Corners barely rises above SD grade.

Same with contrast, overall listless. Black levels whiff in their shadow density. Depth is way out of reach for this presentation, leaving images flattened and drained of life. Color too, tinted by sepia to suggest the ‘60s, but leaving things dulled and brown. Primaries can’t win this fight.

Serviceable PCM stereo won’t make use of its soundstage. Audio doesn’t drift off into the left or right specifically, making this akin to a mono track. At least the Beatles sound sharp on the soundtrack.

Scratchy dialog doesn’t impress, in need of remastering as much as the video.

Podcast co-hosts Mike McPadden and Ben Riser deliver their thoughts via commentary. Trailers and actor bios (a DVD leftover for sure) bring this disc to a close.

Great cast and intriguing historical setting give Five Corners a chance, but it’s let down by sagging pacing and odd tone.

The 15 unaltered images below represent the Blu-ray. For an additional 20 Five Corners screenshots, early access to all screens (plus the 120,000+ already in our library), 100 exclusive 4K UHD reviews, and more, subscribe on Patreon.