Star Yasuaki Kurata refuses to leave his dojo business, despite a pleading wife begging him to join a corporation. He’s steadfast in his ways, about doing right, without temptation from modern living. Eventual rival Bolo, though, trains in newly built gyms and lives lavishly. Rocky IV, basically, even down to a friend killed in the ring.

Bloodfight then is one of two possibilities – either a show that Hong Kong can make movies akin to American ones, or a crassly exploitative knock-off designed to capitalize on 1988’s Bloodsport (Bolo apparently playing the same character). The latter is most likely.

Accepting Bloodfight as something inherently dishonest means dealing with its aggravations rather than excusing them. Stilted English dialog requires subtitles to fully grasp, crudely acted and wiping out drama. There’s actor Stuart Smith, bit player in countless video store-filler “Ninja” flicks, as a gang leader whose story goes nowhere. A ponderous middle act is pace crushing schlock, and the training montages repetitious since they use the same synth music score.

However, in building this around the (then) modern Hong Kong, for the nation’s immeasurable change, Bloodfight shows no loss of choreographed skill. No other country did or still does hand-to-hand better, even in duds like Bloodfight. Kicks, punches, throws; each looks spectacular, even against the blink-and-miss-it speed common to these imports. Both Bolo and Kurata were into their 40s during filming, yet both convey speed power uncommon to most in their 20s. Outrageous violence aside, their eventual duel is outstanding ‘80s era action. 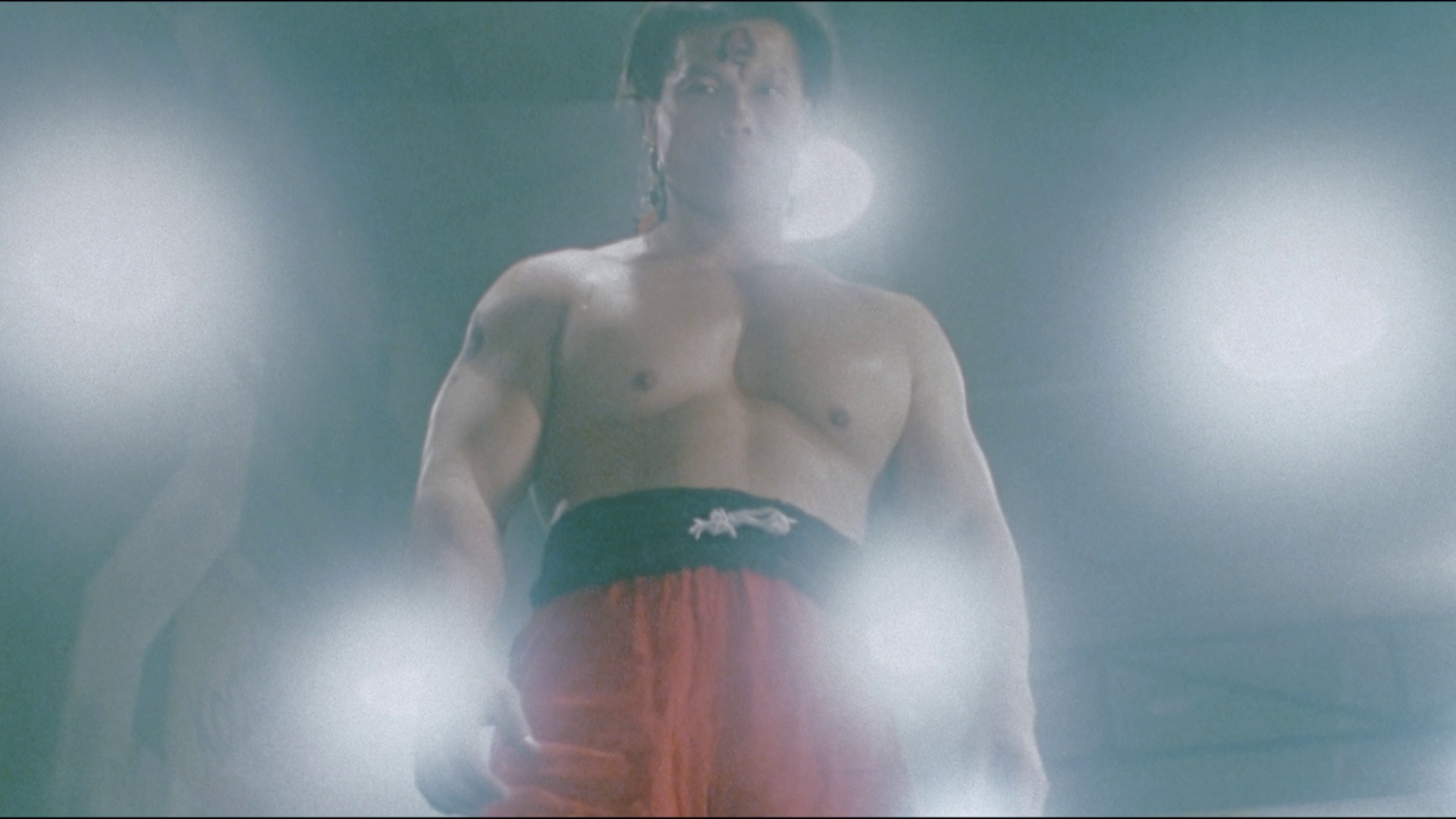 MVD stacks Bloodfight on the same disc with another Bolo flick, Ironheart. The available disc space doesn’t matter given the abysmal mastering and what looks like zero restoration work. Thick vertical scratches run through most of the movie, and blotchy areas cause information loss. Dirt showers the screen too.

Sub-par resolution reaches slightly (keyword: slightly) better than DVD tiers. Excuse the arena scenes, bathed in heavy overhead lighting, choked by haze. The rest isn’t, and still looks crummy. There’s little to no sharpness even in close. Wide shots taking in Hong Kong’s skyline lose their impact, a shame since those images capture the nation as it was.

Brutal black levels sap energy in droves. Contrast runs overly hot too, enough to leave backgrounds almost all white. Inconsistencies factor into color too, like a red jacket worn by a gang member on the cusp of bleeding, while other primaries barely factor in. The overall look is flat, dusty, and dull.

Puffy dialog presents challenges unrelated to this PCM track. Scenes filmed live on the streets deal with passing traffic or city ambiance. The rest doesn’t have that excuse, muddy and imprecise.

The light score doesn’t test things, yet still comes through the speakers murky. Like the video, it’s messy and in need of restoration.

Knocking off better films and dismissing Hong Kong cinema’s progress, Bloodfight tries to win an audience with action, but it’s not enough.

The 15 unaltered images below represent the Blu-ray. For an additional 18 Bloodfight screenshots, early access to all screens (plus the 120,000+ already in our library), 100 exclusive 4K UHD reviews, and more, subscribe on Patreon.