Sarah Michelle Gellar (The Grudge) is the only reason to catch the predictable and largely forgettable Possession, a straight-to-video bust that was released near the tail-end of her career as a legitimate movie star. Supposedly a remake of a little-seen 2002 Korean film, the tepid 2008 thriller stars Lee Pace (Halt and Catch Fire) and Michael Landes alongside the former television icon.

It’s amazing the rather generic thriller needs two directors to get things done, Simon Sandquist and Joel Bergvall. Making their American debut, the lifeless movie was clearly hoping to cash-in on Gellar’s starpower. The tame PG-13 misfire is a rather boring, insipid and bland “thriller” made for Sarah Michelle Gellar’s strengths as an actress. The former Buffy star does what she can with a flat screenplay and limp chemistry with co-star Lee Pace.

Jess (Sarah Michelle Gellar) is madly in love with her husband Ryan (Michael Landes) when tragedy strikes. Thanks to a freak car accident, Ryan and his ex-con brother Roman (Lee Pace) both land in the hospital as comatose patients. Jess loathes the dangerous Roman as much as she loves Ryan. In an unexplained process, Roman wakes up from his coma believing he’s Ryan. Ryan remains in a coma and doctors give Jess little hope her husband ever wakes up.

Ryan-as-Roman quickly sets out to prove to Jess that Roman’s mind is gone and Ryan is now in charge of Roman’s body. What follows is a timid woman-in-danger thriller layered with romance. The screenplay feels like a leftover script from Lifetime’s weekly series of movie thrillers. Filled with soapy moments and recycled romantic tropes, Possession never really knows what it wants. Even the short eighty minutes is unnecessarily padded.

About the only interesting thing is a quick cameo by actor William Davis, better known as Cigarette-Smoking Man to legions of X-Files fans.

Don’t let the movie’s poster fool you. There’s no real horror in Possession and it lacks any dramatic tension. It’s a Sarah Michelle Gellar vehicle that was quickly made on the cheap with a dull script. The filmmakers were clearly undecided on what direction to take the project, leaving no one fully satisfied. This is for Gellar’s biggest female fans into thrillers made for Lifetime. 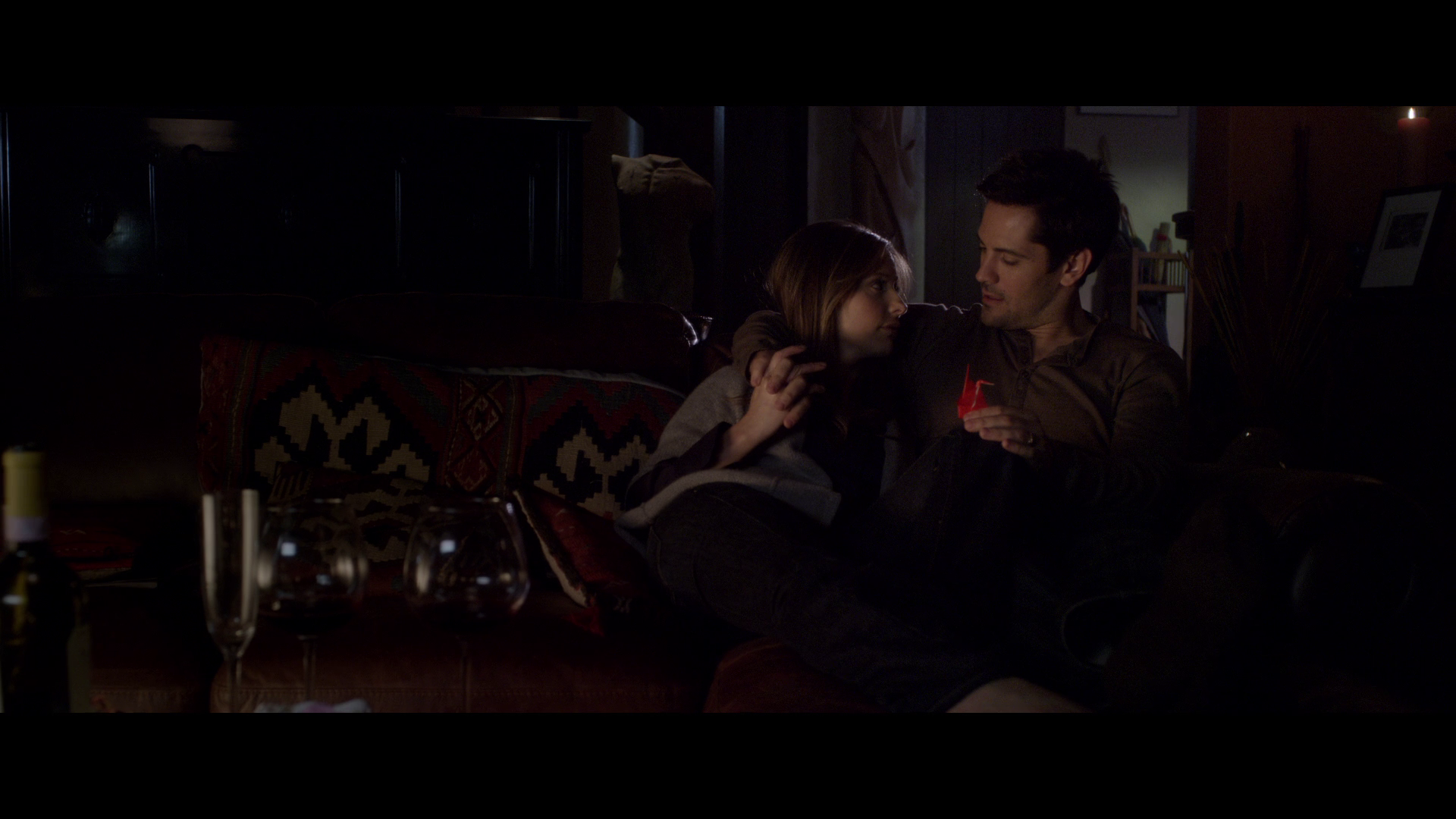 After its production company filed bankruptcy, Possession skipped movie theaters and was pushed straight to video. 20th Century Fox originally put out a Blu-ray in early 2010. Long out of print, MVD reissues Possession as part of their Marquee Collection line. There are no substantial differences in A/V quality between the nearly indistinguishable efforts, utilizing the same transfer taken from the movie’s decidedly average-looking digital intermediate.

The 2.40:1 presentation has spotty shadow delineation with inconsistent sharpness. Filmed on Panavision’s early high-end digital camera, the Genesis, detail is unfiltered and clean in close-ups. There’s decent clarity often hampered by poor lighting, leading to minor crushing of black levels. Definition is mostly crisp with VFX occasionally softening up the 1080P video. The color palette and contrast are rather flat, limiting depth and dimensionality.

Possession has all the hallmarks of an early digital film production made before Hollywood had a complete grasp of digital coloring and film captures. The Blu-ray looks nice enough if you don’t look too closely but the muted cinematography doesn’t stand out. The main feature runs 85 minutes on a BD-25, encoded in sufficient AVC parameters.

Outside of some nicely immersive rain scenes, there isn’t much to this ordinary but acceptable 5.1 DTS-HD MA soundtrack. The forgettable score has fine fidelity and excellent dynamics. A few directional cues spice up the mostly pedestrian surround mix.

A touch of ambient information is effective when used. Dialogue is cleanly rendered and doesn’t get drowned out by louder elements. Possession’s audio definitely deals in the typical moodier sounds employed by horror movies.

Optional English SDH and Spanish subtitles play in a yellow font, outside the scope presentation. A secondary 2.0 PCM English soundtrack is included that closely resembles the surround presentation.

It appears that MVD’s new reissue of Possession pulls over all the special features found on the original Fox BD. A couple featurettes found only on the German DVD are absent.

Alternate Ending (30:13 in SD) – A much different ending to the final act that changes several major plot points. Probably better than the actual final act’s choices, this ending is much darker.

Behind the Scenes Featurette (03:35 in SD) – Standard EPK featurette with actors SMG and Lee Pace discussing the film’s basic premise and their characters.

A forgettable entry in Sarah Michelle Gellar’s career that lands with a thud.

The 15 unaltered images below represent the Blu-ray. For an additional 32 Possession screenshots, early access to all screens (plus the 120,000+ already in our library), 100 exclusive 4K UHD reviews, and more, subscribe on Patreon.