Asia’s the setting. Just Asia, 1945. Nowhere special, just Asian enough to give Cult of the Cobra an exotic cultural vibe. Or, something to tantalize war vets into paying their way into theaters.

Cult of the Cobra is an immediate post-war story, the main characters all servicemen, back in New York after their tours ended. It’s less about showing Asian elements than fearing them. There’s a lingering anxiety, even as non-Asian as Cult of the Cobra often seems, designed to instill fear in foreign… anything. Soldiers won a war, but brought another back with them to the America’s shores. Hilarious, were it not so steeped in irrational fears.

In the opening scenes, eventual TV regulars Richard Long and Marshall Thompson (with others) tour “Asia,” eventually invited to see a hidden religious ritual – it’s more a Cirque du Solleil routine. Imbued with a curse, it’s clear most of these guys won’t make it out of Cult of the Cobra alive. Faith Domergue, exotic enough to be a cobra woman to only the casting director, stalks her pray, falls in love, and kills some people, boringly so.

There’s a little cold war tension there. Like a Body Snatchers story, Cult of the Cobra places a disguised enemy among us. Domergue acts strangely, refusing drinks and cigarettes, as if refusing scotch or smokes is somehow un-American (or “Asian”). At best, this is a pallid mystery, the victims known before their deaths, the agitator obvious from the earliest frames.

Occasionally Universal’s formula can win out. Not here though. Bud Westmore earns an effects credit, generally making him responsible for dancing a rubber snake on a string, the few times it’s seen. Mostly, it’s a shadow, or a point-of-view shot. Domergue enters metamorphosis once, seconds before the end credits roll. Cult of the Cobra spends most of its runtime ruminating on deaths in ponderous conversations. Romantic flourishes aren’t a catch either.

B-tier aspirations stuff this xenophobic lark, marketable on title not content, along with a promise to deliver GIs fighting a monster. That’s sort of true, less a lie than an exaggeration. Fights happen, dreadfully unexciting, and desperate for any real chills. Cult of the Cobra draws people to the cult, if only because something – anything even – interesting is happening there rather than in New York. 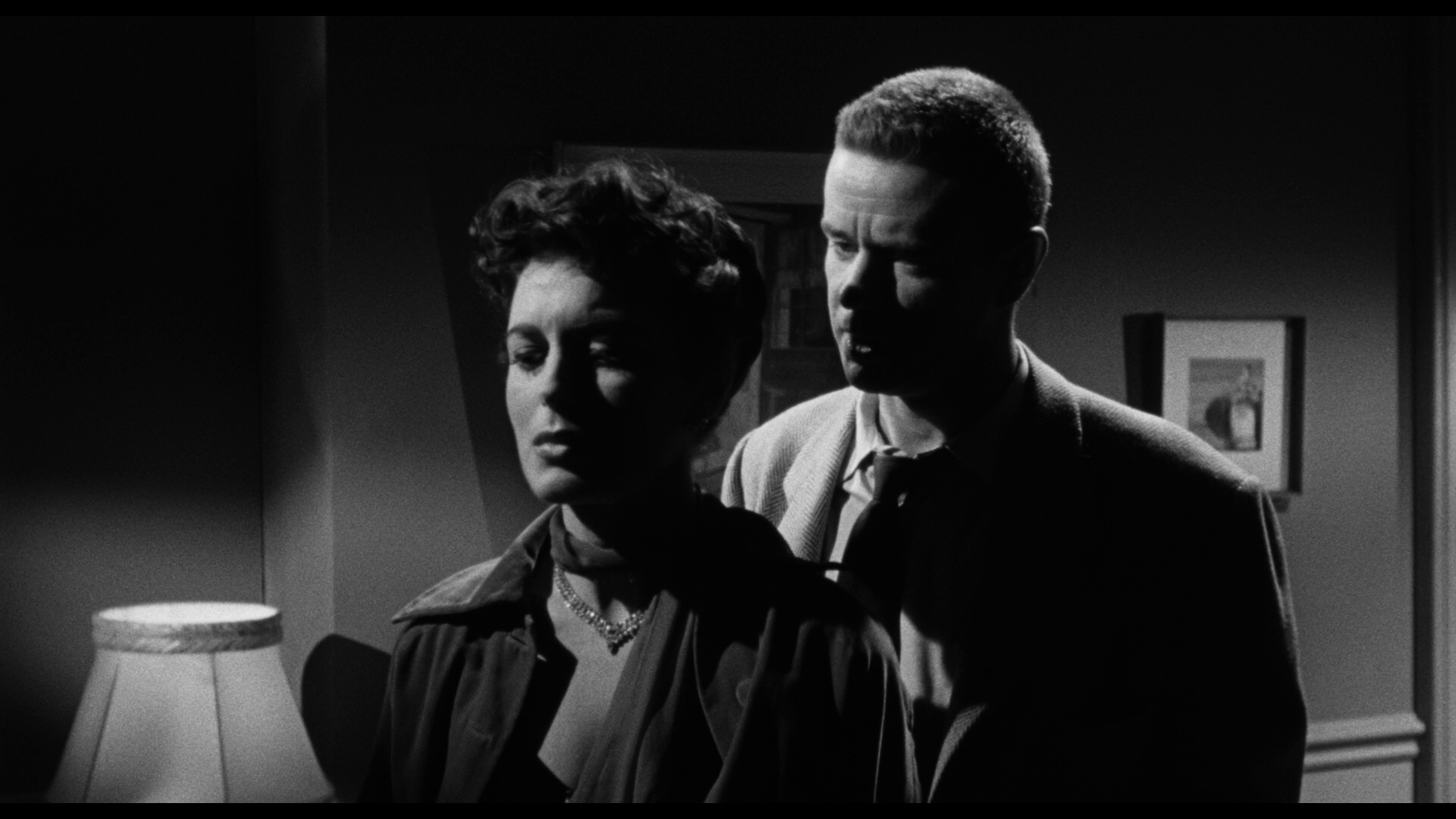 A few scratches aside, the print suffers few complications. It’s stable, shrugging off any gate weave. Restoration took care of any dirt. A nice presentation, if unremarkable in this era of 4K masters.

Dialog within this DTS-HD track doesn’t endure static or popping. Defects disappear, much like dirt/damage on the visual side.

An all-star team of Scream Factory regulars combine their powers to handle this one, headed by Tom Weaver, briefly joined by Steve Kronenberg, David Schecter, and Dr. Robert J. Kiss. Aside from that, trailers and an image gallery.

Cult of the Cobra

Evil snake worshipers bring their wares to American shores in Cult of the Cobra with middling results.

The 15 unaltered images below represent the Blu-ray. For an additional 21 Cult of the Cobra screenshots, early access to all screens (plus the 120,000+ already in our library), 100 exclusive 4K UHD reviews, and more, subscribe on Patreon.