In Captive Wild Woman, Acquanetta turned into an ape and murdered people. That’s what you do after turning into one, if films taught us anything. In the direct sequel though, Jungle Woman, she’s merely Acquanetta. Wild, lustful, savage.

Captive Wild Woman wasn’t a great movie. A generally terrible one, actually. Jungle Woman is no better, and worse. The first hedged on a Nazi ideology to add light substance, but Jungle Woman offers nothing of the sort.

The horror isn’t a monster – it’s just a woman. She’s jealous and sex-starved. Circa 1944, that was reason enough to institutionalize her. Backed by Captive Wild Woman, Jungle Woman turns her into a super-strong monster. It’s because she’s part ape, of course, yet the only time her powers matter is when she’s incensed by men being with other women. Rarely speaking, when she does, it’s with a forced and stilted performance, as if a woman obsessed with sex cannot form a thought.

Away from Acquanetta, Jungle Woman focuses on J. Carrol Naish, a doctor studying this new patient. True to Universal horror form, a mystery forms. Bodies pile up. The only ones who don’t know the perpetrator are these characters, rendering suspense null. Jungle Queen bogs down in this non-mystery, this after the first act runs through ten or more minutes of stock footage from Captive Wild Woman – which included stock footage itself, meaning stock footage of stock footage.

Instead, Acquanetta’s Paula joins Wolf Man or Frankenstein (even Creature from the Black Lagoon), beings forced against their will to kill by animal instinct. The difference? Paula never fights who she is. She likes being vindictive. Instincts like this mean something else for a woman. Maybe that worked in 1944, although even under the more puritan values in that period, it’s hard to see Jungle Woman as anything less than inelegant muck. 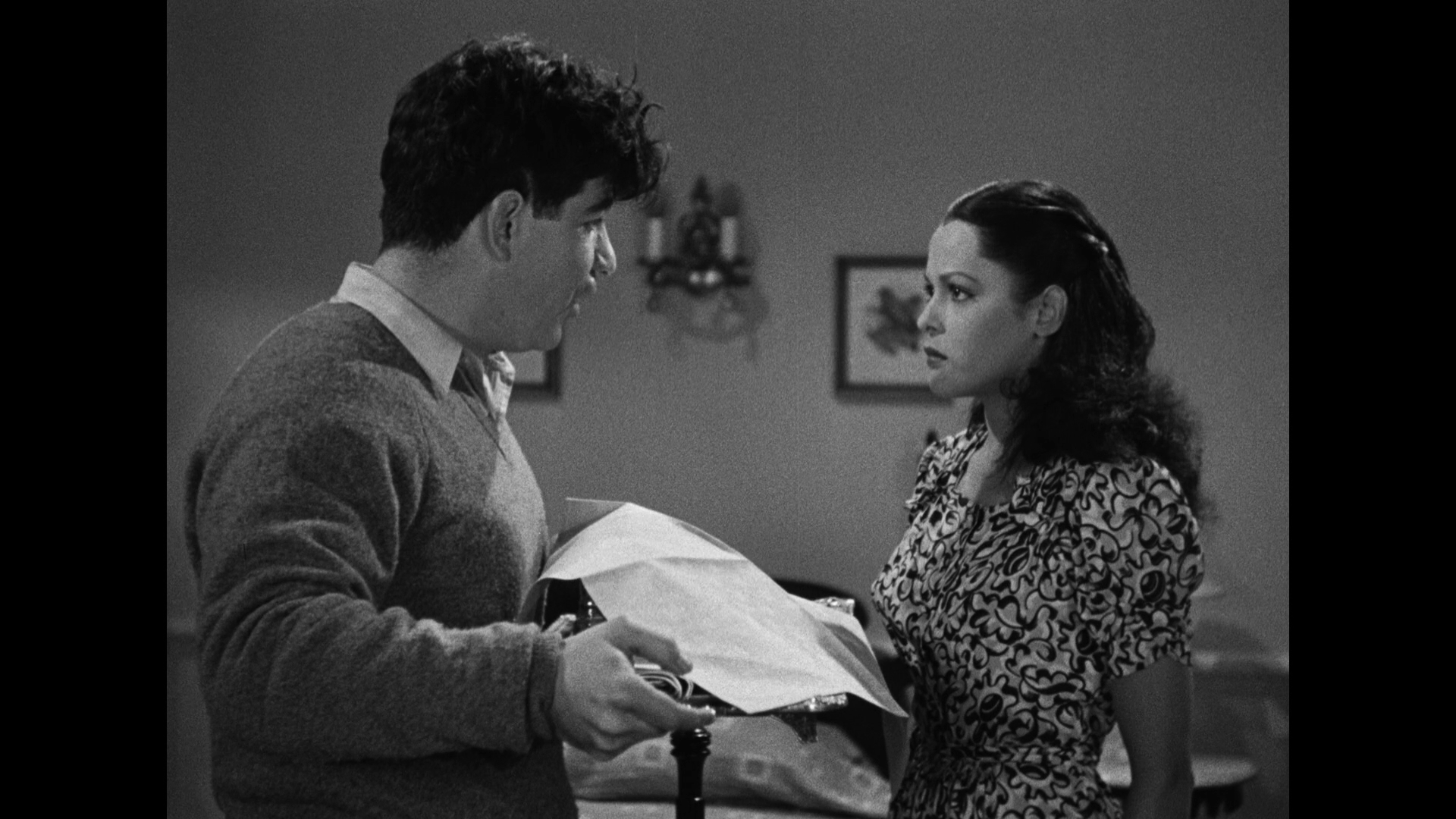 If anything is a greater success, it’s contrast. Superbly calibrated black levels nail the mood. Highlights show up as bold and rich; no clipping noted. Density doesn’t let up, maintaining stability for the brief (very brief) runtime.

The disc can’t fend off the difficulties here. A DTS-HD track is fine when considering fidelity. Stock scoring brings clean treble, and even some notable low-end with a smooth roll off. Dialog integrity pleasingly remains true.

However, there’s extensive crackling and popping. That’s likely a price to present the mono source so cleanly, yet it’s a lot, and rarely offering a break.

Greg Mank drops in for commentary, and afterward, there’s a stills gallery to view.

Ranking near the bottom of Universal’s golden era genre output, Jungle Woman is a messy, cheap production lacking in substance.

The 15 unaltered images below represent the Blu-ray. For an additional 10 Jungle Woman screenshots, early access to all screens (plus the 100,000+ already in our library), 100 exclusive 4K UHD reviews, and more, subscribe on Patreon.