A March Toward Nothing

Paula Dupree marks her third appearance as a Universal monster. Nothing changes for her – she spends Jungle Captive mute, catatonic, or dead.

The Dupree trilogy, arguably, is the weakest of all Universal monsters, almost unarguably so for those given a full series. Yet, Jungle Captive is the best of this lot, primarily for sticking to formula. It’s like a Mummy sequel – routine, slow, and indistinct.

Ignoring the prior film’s sexist slant, Jungle Captive returns to its origins, recycling Captive Wild Woman. Again, a mad scientist experiments with glands and the afterlife, with Dupree (recast with Vicky Lane) reanimated, wandering around an isolated medical campus. Although finally in makeup for most of the runtime, she does essentially nothing.

If there’s a bright spot anywhere in the Dupree line, it’s here in Jungle Captive

“He understands the unimportance of a mere life in the face of progress,” spouts Otto Kruger, restating the immoral science of Captive Woman. Jungle Captive does nothing with it short of allowing a young assistant (and eventually Rondo Hatton) to stand against Kruger’s deranged efforts. In that, there’s a touch of teen rebellion, not yet a common element in Hollywood; this was 1945, near WWII’s end. Story focus stayed with Nazi-like fears.

If there’s a bright spot anywhere in the Dupree line, it’s here in Jungle Captive. Prolific character actor Jerome Cowan is a joy as the inspector, a cliché role he turns into something distinct. He smiles for most of it. He exudes a smarmy confidence – not ego – when unraveling the case, which, as with Jungle Woman, isn’t a mystery for anyone watching.

Supposing Jungle Captive stayed true to Universal’s form, Dupree needed a certain empathy. She was transformed against her will, stuck in a body and cursed to stay in this form however long she lives. That’s true of Frankenstein and Wolf Man. This trilogy never explore that though. She’s an aimless, walking dead caricature, and again, near identical to the Mummy. In the horror sense, she doesn’t even choke anyone to death in the grand, golden era tradition until the finale. The rest is composed with repetitive montages, eerie shots of Rondo Hatton (eventually showing sympathy in what is otherwise a typecast part), and countless barren laboratory sets. 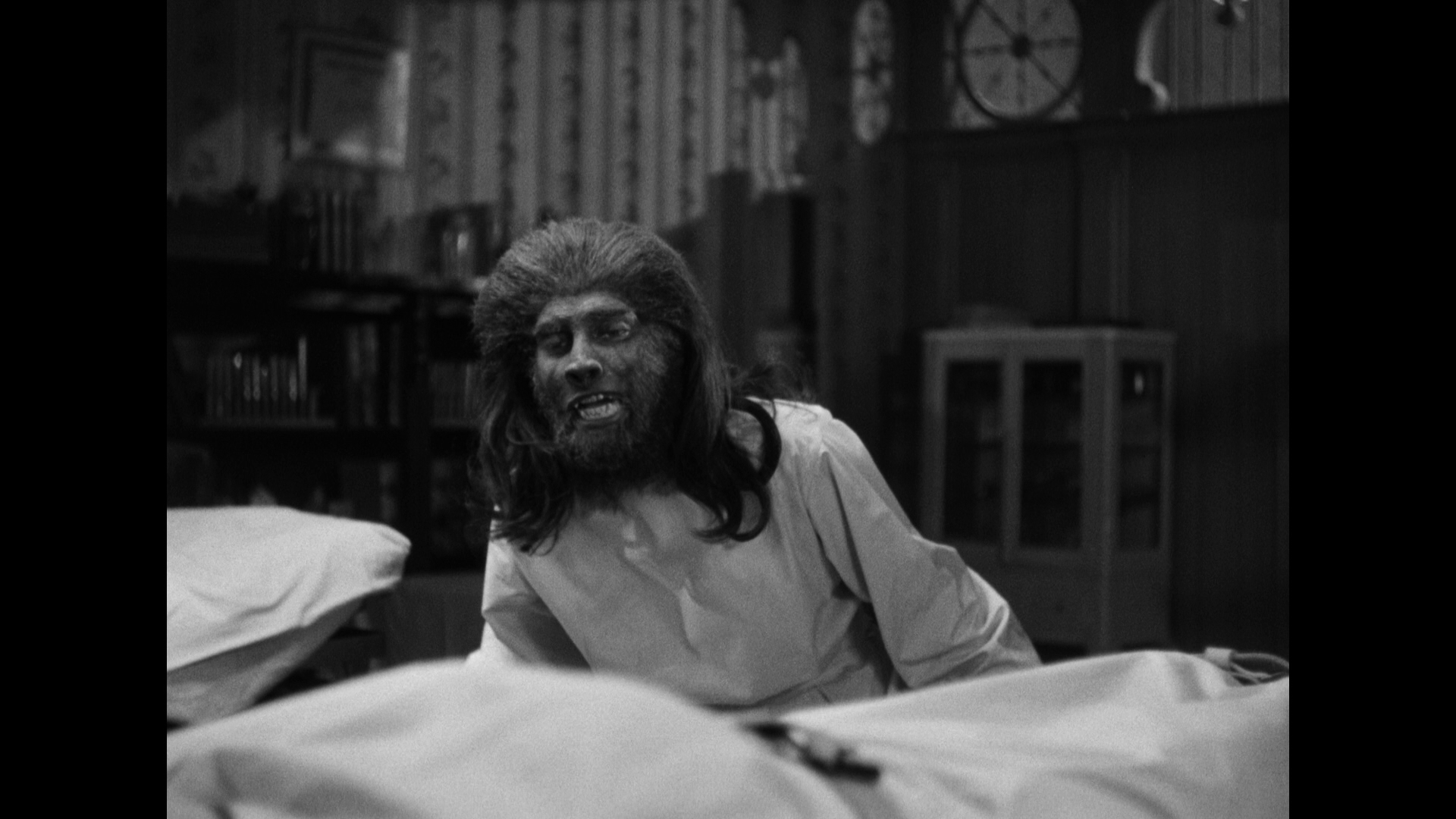 Compression resolves a natural grain structure, refined and organic. Firm resolution allows moderate detail to consistently push into the image, stable sharpness also impressive. Multiple close-ups deliver facial texture unusual for this era. Picking out lines in the makeup is possible, where lower res sources in the past hid those faults.

Print damage doesn’t cause any major issues. A speck here, a scratch there. It’s above par, especially for something of minimal interest.

It’s a bummer that pops and crackles remain. Inevitable, if marring an appreciable effort that’s clean in all other ways.

Being the best of the Paula Dupree trilogy doesn’t say much, but at least Jungle Captive shows a little competency.

The 15 unaltered images below represent the Blu-ray. For an additional 19 Jungle Captive screenshots, early access to all screens (plus the 100,000+ already in our library), 100 exclusive 4K UHD reviews, and more, subscribe on Patreon.