Based off a story he had helped written nearly four decades earlier in the 1920s, The Tiger of Eschnapur and its sequel The Indian Tomb stars Debra Paget and Paul Hubschmid. Playing star-crossed lovers caught in a deadly love triangle with an Indian prince, they must overcome danger and suspense at every turn. While technically separate films, only together do they tell a whole story.

…The Tiger of Eschnapur is a classic tale of pulp adventures

The plot follows German architect Harald Berger crossing paths with sultry temple dancer Seetha (Debra Paget). When Berger saves Seetha’s life from a wild tiger in India, the local Indian prince is grateful. Prince Chandra plans to woo and marry the beautiful Seetha. Having studied in the West, Chandra has Western ideas about modernizing India. As Seetha learns more about her mysterious background as an orphan, she starts falling for the suave German architect.

Made in 1958, Fritz Lang had already become something of a legend but grew frustrated working in Hollywood. Returning to Germany on a project he had always wanted to direct himself, Lang crafts two well-made films that show his years of filmmaking experience. Debra Paget’s beguiling turn as the Indian dancer helps sell these movies, even if it’s a stretch buying the actress has any Indian heritage.

Packed with suspense, action and engaging romance, The Tiger of Eschnapur is a classic tale of pulp adventures and thrills. Superbly directed with a strong cast and wonderful production values, the German films are valuable reminders of European filmmaking at its finest. 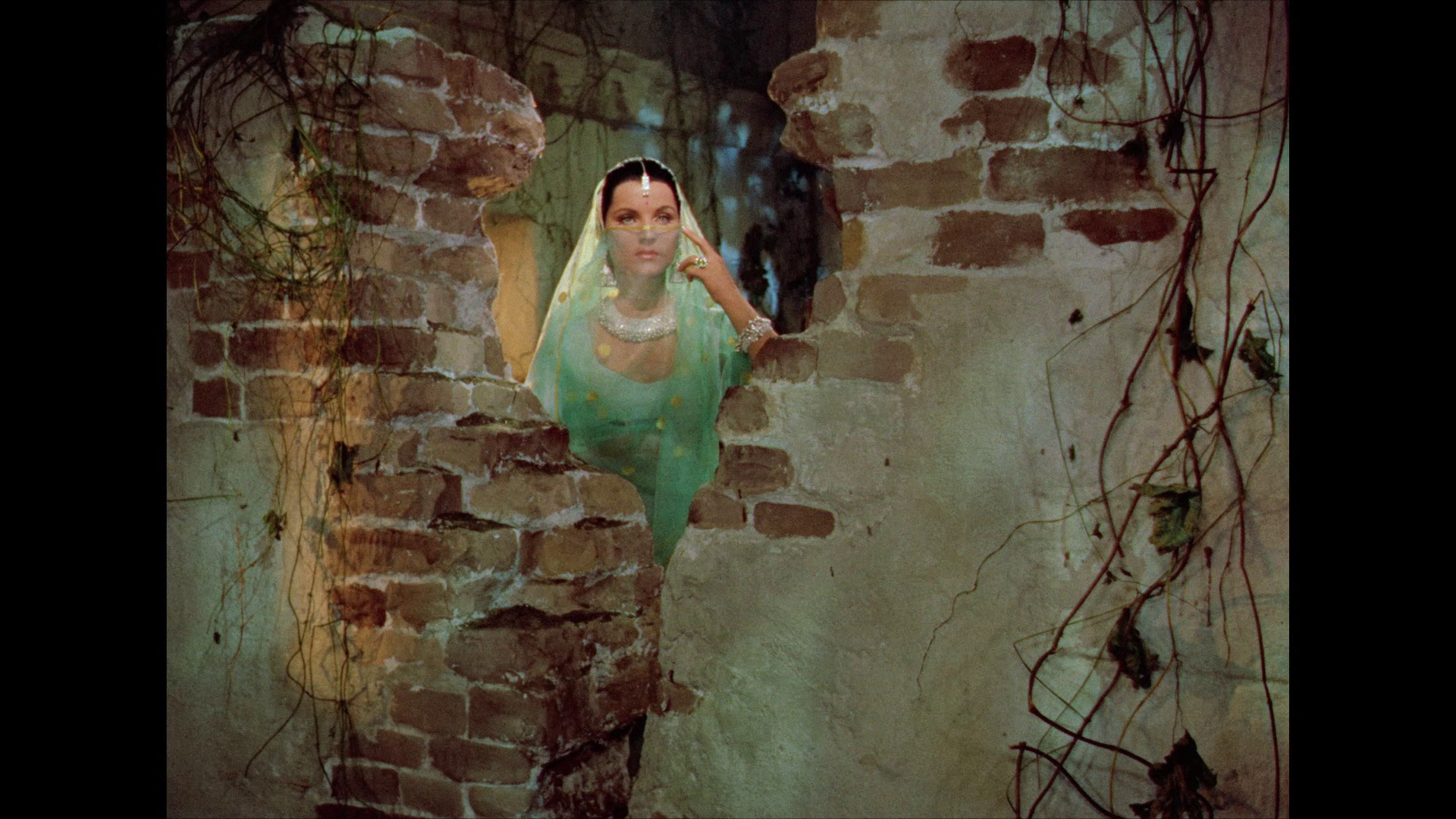 Film Movement has once again licensed a gorgeous film restoration meant for Blu-ray from Beta Films, seen before in such releases as The Great Silence and the Sissi Trilogy. The 4K restoration does wonders for Fritz Lang’s colorful pulp adventures set in India. Presented in their original aspect ratios, the 1080P video is properly framed at 1.37:1.

Newly color-corrected with an improved contrast and more refined highlights, The Tiger of Eschnapur delivers superb definition and a consistent film-like authenticity on BD. It should be noted these are the full, uncut versions of both films. Look elsewhere if you want American distributor AIP’s badly condensed version that cut both films down to one 95-minute movie.

Breathtaking location photography and a delightful sense of culture from India make for fun eye candy. Both films in Lang’s epic tale offer excellent color fidelity and grain reproduction. A hint of ringing appears in select scenes. There’s an appropriate level of softness endemic to the original cinematography. A bevy of fine detail and pleasingly crisp definition help exude real depth and dimensionality.

The original German soundtrack is presented in crisp, punchy mono audio. The 2.0 PCM soundtrack has few issues, revealing a slight thinness in the upper registers and mild distortion in a few odd scenes. Dialogue is cleanly reproduced without strain and the orchestral soundtrack offers rich fidelity.

Despite its age, the recording offers excellent sound design. Fritz Lang knew what he was doing and the production values are extraordinary for a German film made in 1958, on par with better Hollywood films of the era.

Optional English subtitles play in a white font. It should be noted that Film Movement Classics has opted not to include the English dub, which was released on earlier DVDs.

Film Movement Classics provides a lavish two-disc edition for Fritz Lang’s The Tiger of Eschnapur and The Indian Tomb. Each movie gets its own disc with unique artwork and a beautifully illustrated 20-page booklet featuring a thorough essay by film historian Tom Gunning.

Both Blu-rays are coded for all regions. The movies had been previously released in Germany as region-locked editions without commentaries.

Audio Commentary By Film Scholar David Kalat – Originally recorded for Eureka’s Masters of Cinema DVD set, Kalat gives commanding commentaries for both films. Prepared with loads of background detail, Kalat tackles each film in a wide-ranging discussion. Extensive attention is made to Lang’s early history writing the project and his unhappiness with Joe May.

“Debra Paget, For Example” Video Essay (36:37 in HD) – An extended featurette on the actress by film historian Mark Rappaport light on details but filled with clips from her acting career.

The Tiger of Eschnapur Theatrical Trailer (01:03 in HD)

The 15 unaltered images below have been taken directly from the Blu-ray. For an additional 31 Tiger of Eschnapur screenshots, early access to all screens (plus the 100,000+ already in our library), 100 exclusive 4K UHD reviews, and more perks, subscribe on Patreon.