View from the Now

Using visual effects and dynamic maps, the impactful images from D-Day: Normandy show the landscapes as they exist today. It’s pure, idyllic, and lushly green. The buildings look as they were, some still showing wounds in their facades, the violence preserved amid the peace.

When not hovering above, this IMAX documentary follows historical events leading to the invasion. Key political figures, their decisions, and strategies play out on map recreations, sometimes intercut with actors, adding drama. It’s glossy, and although stuffed into the typical IMAX 40-minute frame, detailed enough to convey the event’s scale. Tom Brokaw’s narration adds appropriate gravitas.

Missing though is any actual footage; the opportunity to restore images from those critical days, sadly, is missed. What exists doesn’t carry the excitement evident in the CG dogfights, but does hold a truth. Still images frequently appear, bringing a needed authenticity. Those cannot replace moving images of soldiers marching down reclaimed streets, saved for use in a small window during the credits.

Better documentaries on the invasion exist. D-Day: Normandy fills a void though, something to play alongside a museum exhibit where attention spans drift to other displays. Or, to reach a generation who need an overview, but lack patience. D-Day: Normandy acts like an inroad to greater learning, showing the various nationalities coming together against a common enemy. So while Americans and British troops often earn cinematic treatments, giving Canadians their due can potentially spark someone to focus on their struggles. 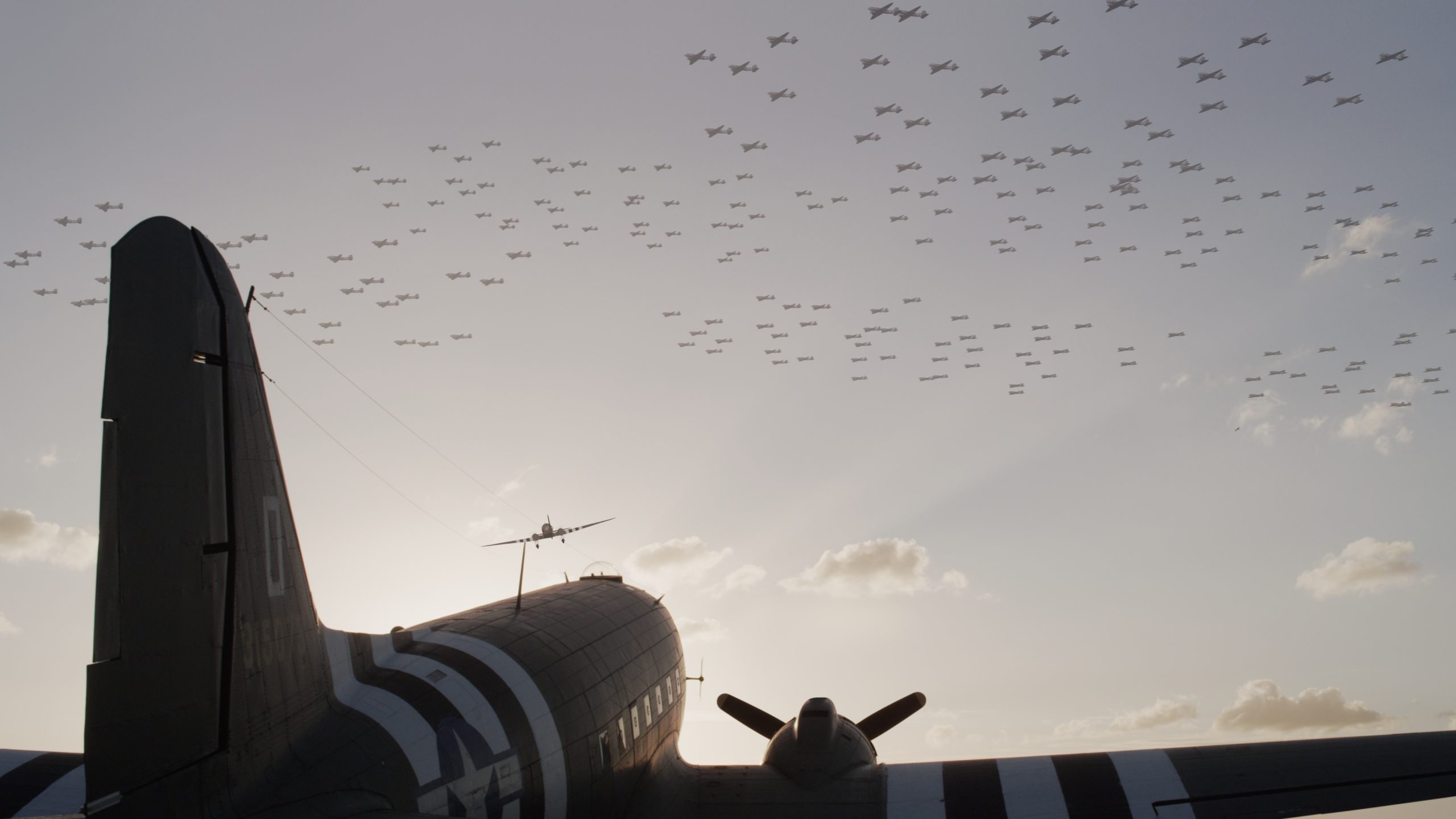 Originally shot for 3D, Shout does not include that version. Instead, the UHD gives this documentary a vibrant HDR pass, adding spark to the otherwise routine maps. Arrows showing troop movements glow like neon, and small fireballs indicating battles erupt.

Visual effects show aliasing (on occasion) in their upscale. Mostly, that’s reserved for ships at sea partly in the distance. Resolution at the source prevents pure sharpness, but what’s here resolves wonderfully. The real benefit is the aerial material, panning over the coast with ridiculously pure definition. Historical buildings show every mark, scuff, and texture. Tree lines produce superlative clarity.

No shortage of range impedes this DTS-HD track. Cannon and tank fire spares nothing. Low-end support continues for the duration, giving music weight along with action. Planes pass as their engines throb in the subwoofer, shooting at targets that explode on impact. D-Day: Normandy uses as much force as some blockbusters.

Short interviews with Tom Brokaw, director Pascal Vuong, and military advisor Peter Herrly comprise 10-minutes total. Another brief bonus includes raw footage from the shoot. Two more cover the animation and music. For 23-minutes, an older tour of Normandy looks at the town, likely from sometime in the ‘90s. The same goes for a PSA about the D-Day museum. The latter two come from tape sources, overlaid with an extreme HDR pass. It’s difficult to watch.

Short but poignant, D-Day: Normandy uses the IMAX format to deliver the needed history behind this world-altering event.