Went the Day Well zooms in a gravesite, a narrator pointing out it’s Germans in that plot. “That’s the only bit of England they got,” he says, beginning an uplifting, wartime propaganda piece.

The setting is a small English town, built on stone and brick, isolated from the world. Birds chirp. The sun isn’t stopped by clouds. A wedding is in the plans, and the food is delicious. Idyllic doesn’t convey how genial and welcoming Went the Day Well’s countryside is, flawless without any problems. Then come the Germans.

Made for purpose, subtle this is not. Germans take over, first interrupting a church service and shooting the priest. They kill kids and dogs. Everything they do, whether shouting or even eating looks vicious.

However, Went the Day Well’s determination still has a place

In terms of rallying people to fight, Went the Day Well uses its platform smartly. Each person helps. Kids deliver messages, an elderly woman fights back (brutally so too), and hold up in a house, those assigned to babysit take up arms. Dismal luck stacks the odds as plans to alert European troops fail, but no one quits. They keep fighting.

Often careless and stupid (plus overpowered in a mere two days), the Germans do awful things, yet it’s not only them Went the Day Well is fearful of. The sinister and unnerving piece is one of their own turning into a German sympathizer – that enemy in plain sight. He’s anyone, even everyone. More than calling people to fight, Went the Day Well cautions people to act on their suspicions. Post-WWII, themes like this jumped from sci-fi stories concerning communism; in 1942, no aliens were needed. It was reality.

For a US audience, consider Went the Day Well a filmed equivalent to an Uncle Sam recruitment poster. It’s as much marketing as it is inspirational. If a small village of some 30 people can beat Nazis, then so can a nation. In that, Went the Day Well isn’t uncommon; the effectiveness wore off decades ago. The script isn’t memorable, and flat technique is consistent with something rushed to theaters to better England’s citizens. However, Went the Day Well’s determination still has a place. Nazis still exist. They are among us. It’s just a matter of kicking them out. 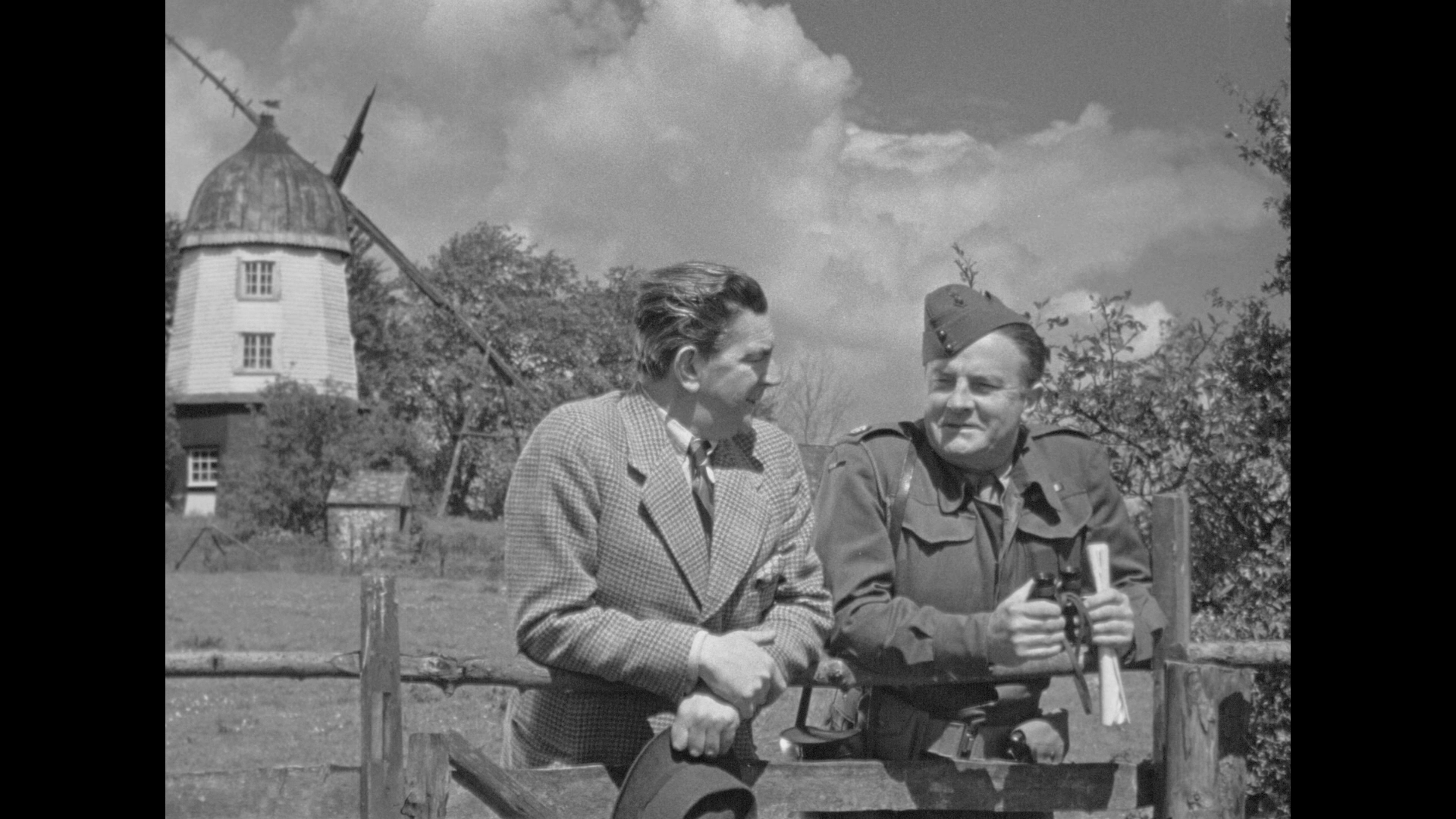 Luckily, the scan pushes superior resolution. Excellent detail provides needed texture, particularly in wide shots capturing the whole village. In close, facial definition appears, along with bricks, cobblestone, and grass. Thin grain is handled well by the encode, natural without processing. The print is stable too – there’s no gate weave to report.

In PCM, uncompressed audio does what it can. That cannot improve this wilting source material. Highs remain harsh and messy throughout. Both the score and dialog collapse, with occasional static further impeding quality.

Oddly, the low-end isn’t the same. A thunder clap conveys power, insofar as a 1942 production would.

While made for a certain purpose and certain time, Went the Day Well still offers a notable message long after the war ended.

The 15 unaltered images below represent the Blu-ray. For an additional 14 Went the Day Well? screenshots, early access to all screens (plus the 100,000+ already in our library), 100 exclusive 4K UHD reviews, and more, support us on Patreon.