At times, Ultraman Geed: The Movie plays like a travelogue. Visits to Okinawan forests and small city centers give the island a special aura. It’s gorgeous and looks worth preserving for its beauty as much as the legends or religions founded by the people. By the time giant monsters come to destroy Okinawa, it’s already established as a uniquely Asian, historical landmark.

One of the defenders is a lion-like creature, recalling a similar battle in Godzilla vs Mechagodzilla, the latter also centered around Okinawa. That film, however, portrayed a lingering uneasiness post-WWII. Ultraman Geed: The Movie treats the land with respect, and its people settled as imperialist fears long since dissipated.

That makes room in this finale for a story centered on Geed’s (Tatsuomi Hamada) self-doubt. There’s a humanization of these heroes, Geed overcoming withering confidence when he realizes everyone has similar flaws. Then comes the team-up typical of children’s entertainment, teaching kids that working together is better alone. Standard, if wildly kinetic in a way Ultraman always is.

As is tradition, modern Ultraman series’ finish with a theatrical release. Ultraman Geed: The Movie feels, then, like an extended TV episode. Production values increase slightly. Battles convey more scale, while near infinite transformations between various Ultra characters require complex suits. Central logic isn’t applicable amid the chaos; heroes change, fire beams, and kick, this while merging with others in a swell of noise, color, and bombast. Side characters do little beyond staring once the fighting starts.

Credit is due for the variety in these people, from a karate-capable salaryman, anti-heroes, and women fending for themselves. More than a giant monster bonanza, Ultraman Geed: The Movie encapsulates Japan’s growing individualism, something that’s struggled to break free in their stern social structure.

The villain then is an alien seeking to wipe out intelligent life (so why target Earth?.. I kid, I kid). It fears what’s possible should humanity expand. For Geed, his cause is to show the best of us, a willingness to be selfless and help others. Definitively Japanese as Ultraman Geed: The Movie is, it shows that heroes, no matter what continent they represent, are defined by adhering to humanity’s best qualities. 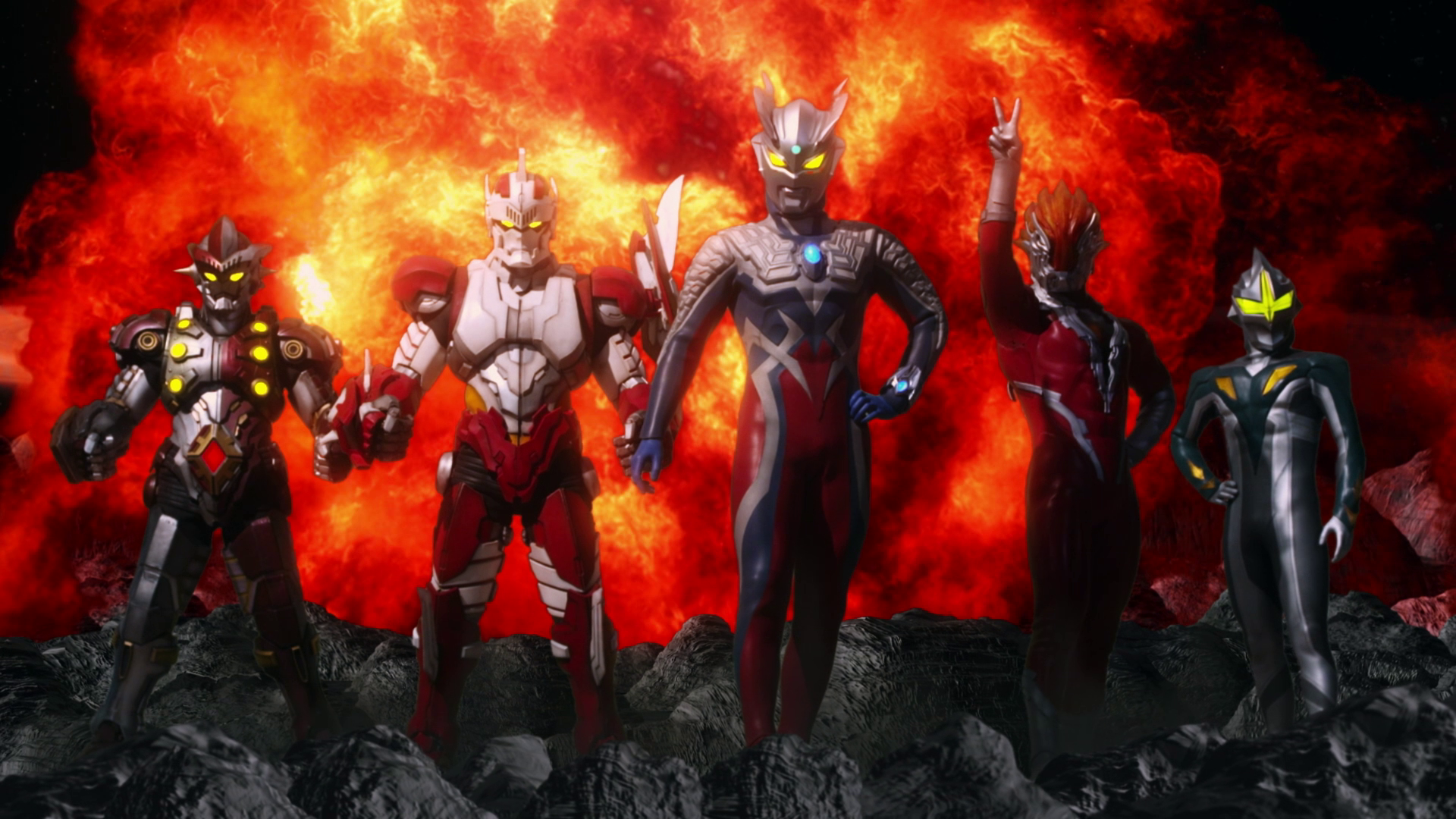 Call it plainly photographed – and it is – but the sharpness and clarity in this HD image is top-of-the-class stuff. Aside from digital composites, resolution keeps a consistent hold on each frame. The resulting texture is lush, handling forests, costumes, and miniatures equally. Noise is a non-issue.

Stereo effects stay lean in this DTS-HD 2.0 track, rarely evident or aggressive despite how much is happening during action scenes. While disappointing, a rich bass line gives city smashing proper weight. Footsteps slam down, reaching suitable force to convey beings of this scale.

Balance allows dialog, music, and explosions to exist simultaneously, nothing lost in the frenzy.

Mill Creek issues the film in a set with the full series or as a standalone. Neither contains any extras.

While concluding on a slew of almost incomprehensible fighting, Ultraman Geed’s closing chapter respects culture and excels in creating personalities.

The 15 unaltered images below represent the Blu-ray. For an additional 34 Ultraman Geed: The Movie screenshots, early access to all screens (plus the 100,000+ already in our library), 100 exclusive 4K UHD reviews, and more, support us on Patreon.