Ne Zha is never boring. Like the title character, it’s endlessly energetic, carrying a child’s vitality through everything, even the dialog.

That matters here more than for most. Ne Zha bases itself in Chinese lore, aggressive in stamping out bias, fear, and bigotry. Born of magic and a demon, Ne Zha is condemned to die at three years old. Even without knowing so, he lashes out, forever angry, and turning his village into a place of paranoia. He’s different, they hate him. So goes the cycle.

For all of Ne Zha’s distinctive Asian flourishes – from spiritual beliefs to magic and kung-fu cinema – the story is universally relevant. Source material pulls from 16th century writing, and here in the 21st, the themes keep their aptness. Culture changed; society hasn’t.

In the broadest of ways, the message is that it takes a village to raise a kid – here more literal than most. Rather than help, the town cruelly rejects Ne Zha, throwing mud at him even when he’s a mere infant. Parents pull their own children from reach. Desperate, Ne Zha’s confined and only his parents deal with him. No wonder he lashes out. That loneliness and isolation convey how families feel in a social structure in which everyone is on their own.

Fate says Ne Zha will only be a demon. He can never change. Being the fable it is, Ne Zha pushes itself to undo stereotypes, and lead this character on a path to become what he wants to be. That too is no less broad in its application: Destiny does not define us. Plus the script doesn’t avoid darker elements, including death.

Although not without western touches, the design (from characters to the fantasy) looks and feels proudly Chinese. Often, imagery sparkles with magic spells, fire or lightning. Action celebrates martial arts, carefully slowing down to appreciate technique. The latter goes for both the physical motion as much as the expressive, lavish animation itself. Ne Zha shows defined, practiced talent at work. 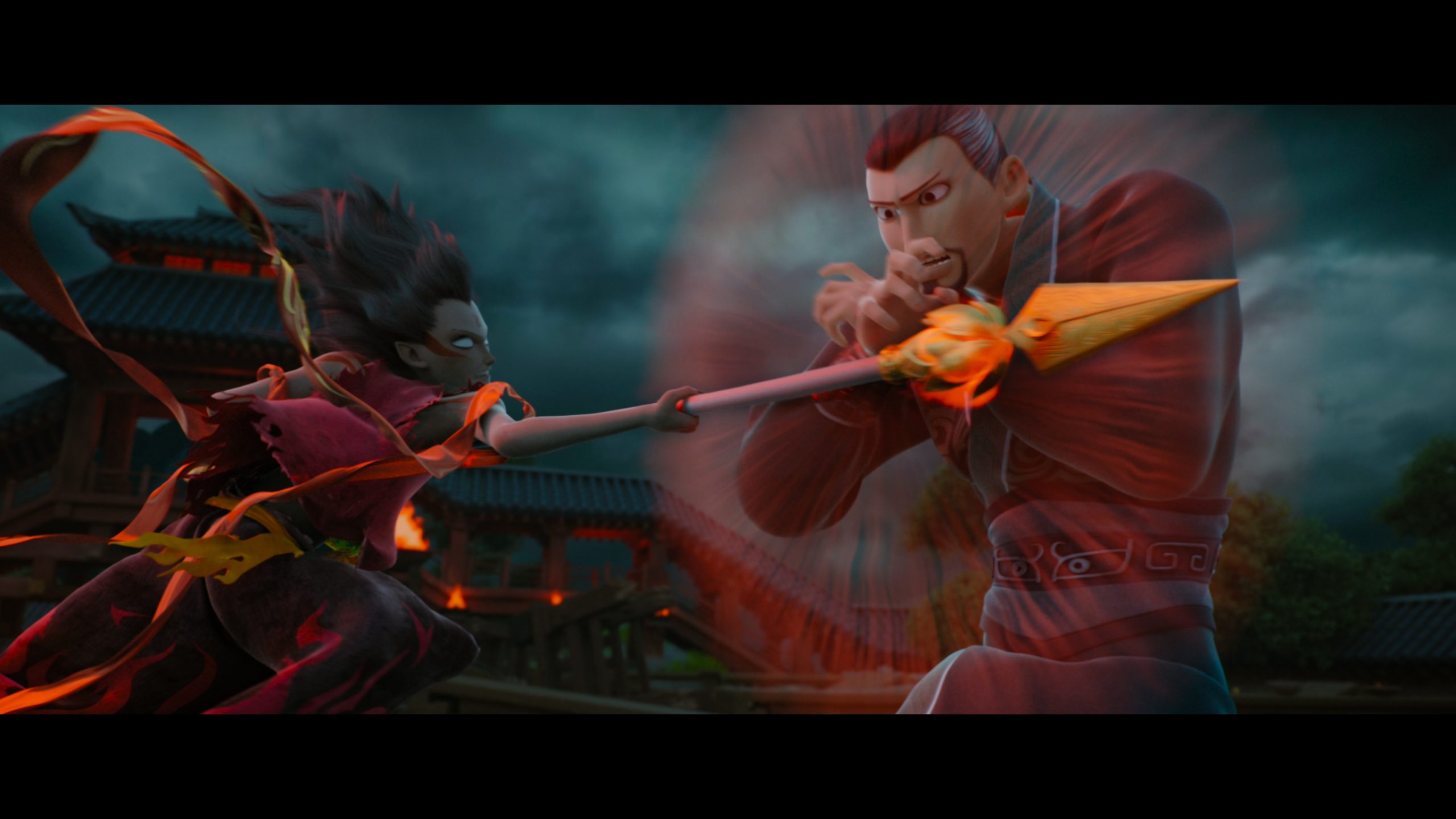 Aliasing and flicker leave behind marks in this presentation. Things like hair lack definition, and given the overall softness, this looks more like an HD upscale rather than a 2K render. That’s only a guess though. Generally 2K is more than sufficient to avoid aliasing concerns.

Brush that aside for an otherwise alluring UHD. Notably, the HDR sizzles during the light overload in the finale. Lightning and fire clash, splendidly intense and glowing. That’s the peak Dolby Vision finish, but earlier, sunsets bring their best too, along with other magic.

The Dolby Atmos track comes in English only. That’s a shame. While the dub is tolerable, whether it’s worth tolerating for overhead action is debatable. Native Mandarin comes in DTS-HD 5.1.

While Atmos effects pile on, DTS-HD performs brilliantly too. The subwoofer opens up to pure spectacle, hammering range limits to increase scale as stakes grow. Action consistently brings out heavy low end, ensuring Ne Zha hits like a demon should.

Surrounds wrap rain and thunder, voices, plus natural effects into the soundstage. Ne Zha topples a tree at one point, which passes through the stereos and rears as it goes down. A fight near/on/around water keeps activity high, precision design that tracks all movement.