It’s clear early in Beverly Hills Cop III that either Eddie Murphy, screenwriter Steven de Souza, or director John Landis lost touch with who Axel Foley is. Approaching the ticket window at fictional theme park Wonder World, looking to meet with the boss, Foley’s shocked at the $35 ticket price. The Foley from Beverly Hills Cop and Beverly Hills Cop II would improvise a ludicrous story to snake his way in. Instead, he hands over the cash. How not funny.

Then Foley wanders into the control room of Wonder World’s key attraction. No one stops him. The operator merely does her job without questioning him. Foley doesn’t give an excuse or phony story. This is apparently a normal thing at Wonder World. Also not funny.

Whatever is left of Beverly Hills Cop happens in the plot. Again, this focuses on coastal California’s affluence: a counterfeit money operation, run from Wonder World’s basement. The scheming mastermind keeps a likable public persona; he attends an award dinner in his honor with under-privileged kids at his table. Convincing everyone that wealth is earned honorably then pulling back the veil continues through Beverly Hills Cop III.

But then comes agonizing exposition, bringing back bit part Serge (Bronson Pinchot) for a pitifully overlong gun showcase. There’s a bloated action scene on a broken ride with such ridiculous visual effects, it’s as if no one saw the progress made by Jurassic Park the year prior – and the scene has no bearing on anything that happens later.

Murphy is the unfortunate loss though, losing the confident, extroverted swagger he once gave to Axel Foley. He no longer brings Detroit’s middle class existence to Los Angeles. While still brash and defying orders, nothing he does is different, just contentious. In Beverly Hills Cop III, it seems California forced its way into Foley’s psyche, rather than Michigan butting into upper class living. Beverly Hills Cop III isn’t only a misfire, but a gratuitous one, added to a pile of studio sequels that sunk franchises. 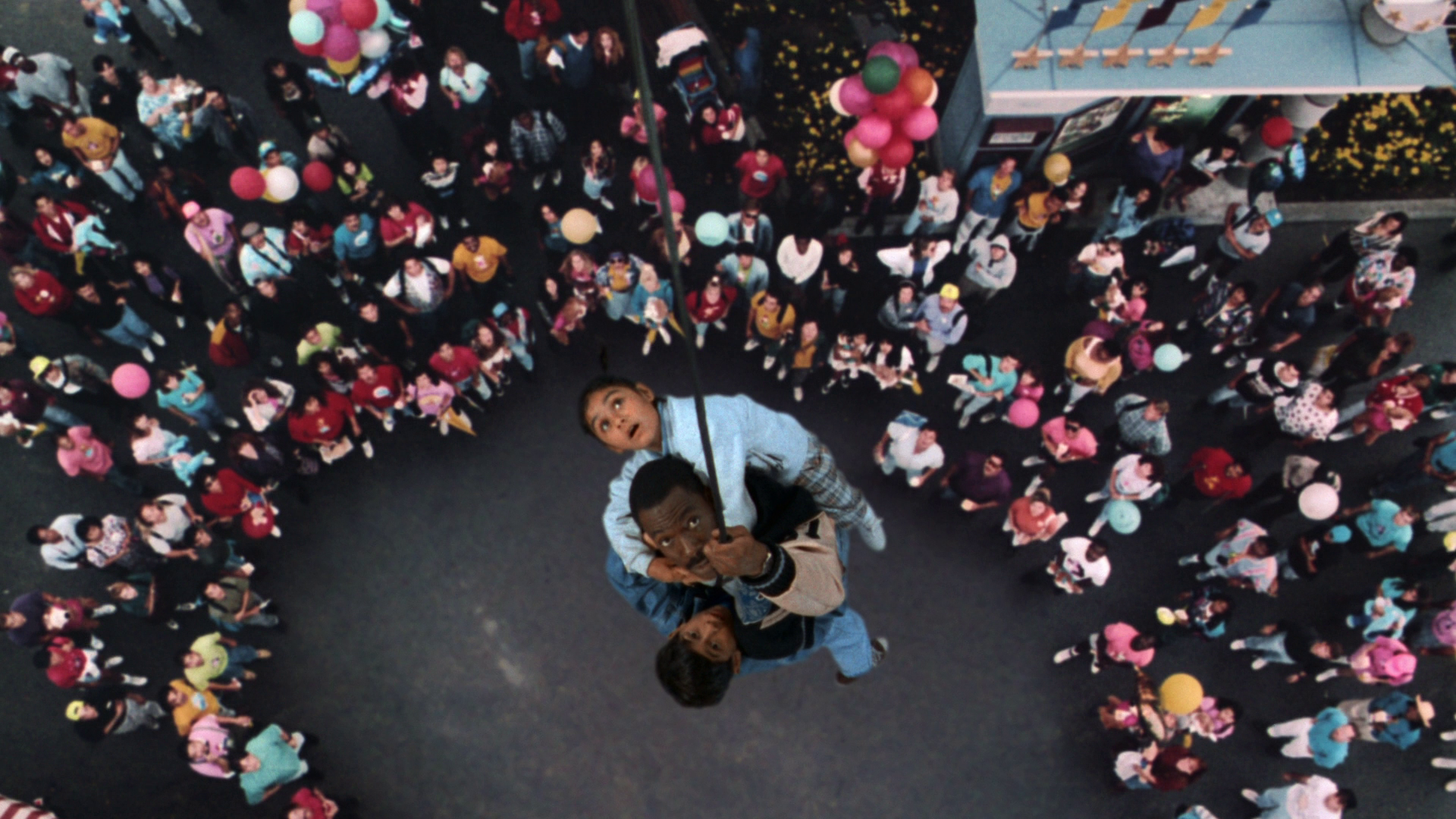 This is stunning. Part of this comes from Landis’ brighter style, presented with less grit. Grain only loosely appears in the image, likely via an expensive film stock and the money shows. Encoding preserves this marginally challenging source.

Paramount makes no mention of the source master’s resolution. To guess, this is a 4K scan because sharpness and detail give Beverly Hills Cop III the veneer of something shot this year. Texture consistently appeases even the hardest-to-please videophile. Sharpness barely wavers, and when it does (at the source), the images maintain integrity. Facial definition reaches reference tiers, and Wonder World is flush with plants, bushes, and flowers, demanding premium resolution.

The DTS-HD mix manages to keep up the activity. Wonder World’s ambient audio pokes around the soundfield. An opening car chase sways between fronts and rears. Small LFE support lacks depth, if enough to give gunshots some weight.

Precision lags, a rather disappointing downside. While bullets fill each speaker, those sounds drop randomly rather than matching the visual action. It’s noise, if messy. Volume is set high too, so be prepared when the opening shoot-out begins.

Eddie Murphy returns as Axel Foley in Beverly Hills Cop III, but this is an entirely different Foley – and hardly entertaining as a result.

The 15 unaltered images below represent the Blu-ray. For an additional 22 Beverly Hills Cop III screenshots, early access to all screens (plus the 100,000+ already in our library), 100 exclusive 4K UHD reviews, and more, support us on Patreon.