Arthur Penn’s The Miracle Worker brought the acclaimed 1959 stage version to the big screen in 1962. The remarkable classic was nominated for five Academy awards, including wins for Best Actress by Anne Bancroft and Best Supporting Actress by Patty Duke. The Miracle Worker is one of Hollywood’s most enduring tributes to the human spirit and remains a profoundly poignant drama.

Playing Annie Sullivan, Anne Bancroft is the nearly blind governess from Boston tasked with presiding over the unruly Helen Keller. Blind and deaf since infancy due to Scarlet fever, the young Keller is treated like a wild animal by her own family and her tantrums wreak havoc in the household.

An old Southern family headed by Captain Keller, they have all but given up on Helen becoming a civilized member of society. Their last hope before throwing her into an asylum is Sullivan, a patient teacher with ideas of her own about reaching Helen’s untapped mind.

Thus begins a battle of wills between the obstinate Helen and the equally stubborn Sullivan, approaching Helen as a child capable of thought and communication. One memorable scene in the powerhouse drama practically becomes a wrestling match between them as they tear up the kitchen. Through sheer willpower and loving compassion Sullivan finally reaches Helen, as student and teacher forge a remarkable bond.

The Miracle Worker is moving cinema that captures Helen Keller’s autobiographical tale with honesty and genuine love. Led by powerhouse performances and smart direction, the poignant drama endures as a true Hollywood classic. Patty Duke’s career would come full circle when she would switch roles and play Sullivan almost two decades later in a television adaptation of The Miracle Worker. 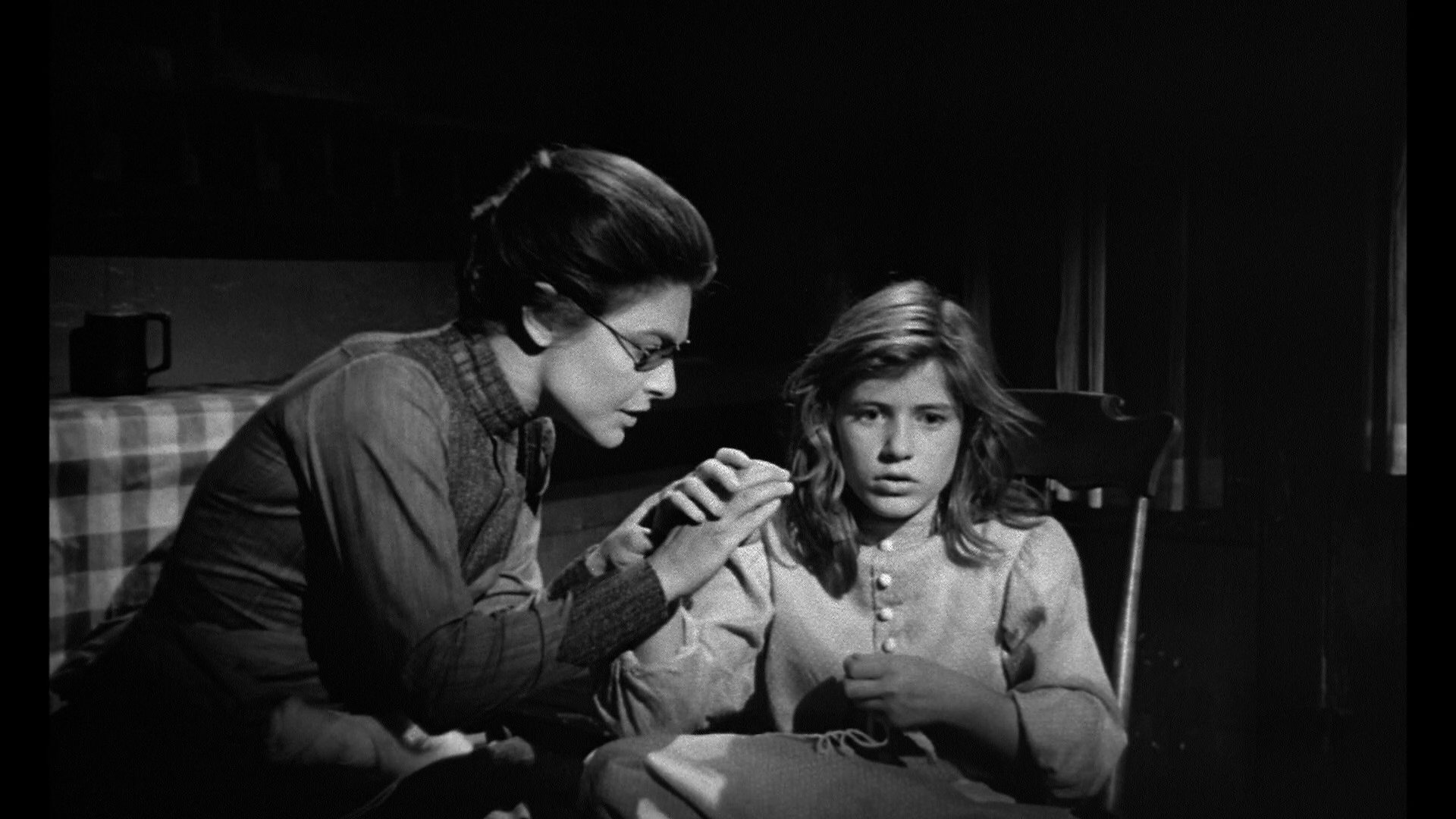 Released as part of The Anne Bancroft Collection by Shout Factory, the distributor has simply re-used the available BD put out just two years ago by Olive Films. Which is a good thing as the label did a top-notch job on The Miracle Worker.

The MGM property is presented in its original 1.66:1 theatrical aspect ratio. The black-and-white film transfer is great with excellent grain reproduction, an even contrast, and sharp black levels. It’s a high-quality scan of stable elements, done without significant processing.

The mono 2.0 DTS-HD MA reflects limitations in the original recording. It’s clear the audio elements have deteriorated with age and need polish they don’t receive here. Some hiss and background noise is evident in the thin audio. Dialogue is clean and intelligible, if a little patchy when Sullivan hears memories of her rough upbringing.

Released as part of the Anne Bancroft Collection on Blu-ray from Shout Factory with seven other films, the set arrives in one larger case with a slipcover. No bonus features are included for The Miracle Worker. The original DVD was also bereft of special features besides the theatrical trailer.

A 20-page booklet has sections on each film in the set.

The 15 unaltered images below represent the Blu-ray. For an additional 23 The Miracle Worker screenshots, early access to all screens (plus the 100,000+ already in our library), 100 exclusive 4K UHD reviews, and more, support us on Patreon.