What matters most is the timing (1939) and the opening text. It’s foreboding. “No era is without its ruthless men – who, in their search for power, leave dark stains upon the pages of history.” Tower of London uses the “doomed to repeat it” tactic, bringing historical relevance to Hitler’s rise as World War II drew nearer the US.

Richard (Rathbone) then is equivalent to Hitler, aggressive and immoral in seeking the throne. His servant Mord (Karloff) dutifully follows, seeing his master as a god. That inflates ego, along with Richard’s sense of gruesome purpose. Blind devotion keeps those undeserving in authority. Others choose not to see Richard’s aspirations (their own ambitions overriding what’s best for the country).

As a warning, Tower of London works

The great equalizer is love. The imprisoned John Wyatt (John Sutton) escapes to France, builds an army, and does so because his lover managed a clever rescue. Drawing additional parallels to the time, Richard takes glee in torturing and killing and conquering. In a sappy twist… all we need is love.

For the era, Tower of London is workmanlike from Universal, lacking the potency of their monsters line. The prior year, Rowland Lee directed Son of Frankenstein with more vigor; Tower of London comes across as the studio recycling on hand sets and costumes

But, it’s lurid enough. The castle evokes a definite terror. Karloff’s kills happen in smart ways, the most gruesome being the slaughter of two boys; Karloff creeps into their room, measures their bodies with his arms, checks the grave being dug to make sure they’ll fit, then returns to end both kids. That heartlessness in an exchange for power stands out. Dissenters die, evoking fear as Richard imagines an expanded England.

As a warning, Tower of London works, if speaking to a likely decided audience by ‘39. Still, no less important, even now, and the propaganda value is insignificant enough to hide under Karloff’s presence. 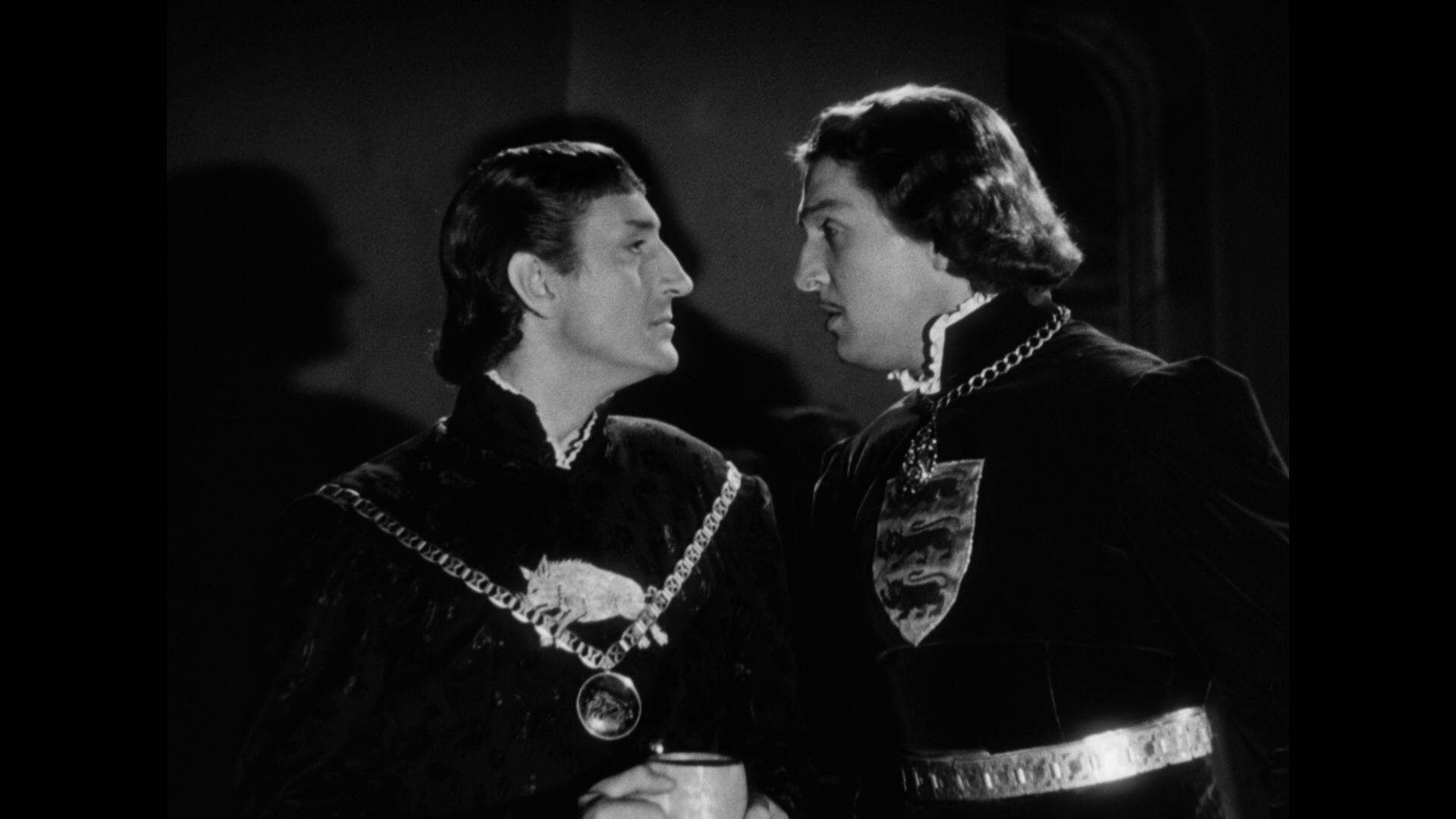 Shout issues Tower of London in the Universal Horror Collection 3, the four films each given their own disc. This is the largest file size on the set, giving the encode breathing room in resolving a difficult source. Steamy cinematography pairs with a protruding grain structure, nicely handled here to keep the material organic.

At the source, scratches do persist, showing age if generally unobtrusive. Little in the way of dirt or dust factor in, keeping Tower of London clean. Gray scale creates dimension, some inherent crush aside.

The master appears recent, and this is the only one in the set where Shout advertises a 2K scan. While rarely sharp in the strictest sense, it’s absolutely organic with enough to detail as to make small touches stick out for the first time on home video. Costume texture proves notable, and the (literal) cardboard armor visibly crumbles during rainy battles. In a few shots, even facial definition shows.

Allowing an exception for scratchy choir hymns, the score sounds great. Maybe that’s due to the reuse of Son of Frankenstein’s tracks, but either way, the treble firmly holds together with some smooth, deep lows.

Open sets bring ambiance to dialog, that also clear for being of the early sound era.

Historian Steve Haberman steps in for commentary, with an image gallery following.

Released on the eve of the US involvement in World War II, Tower of London warns of those seeking power, and those who willingly assist.

The 15 unaltered images below represent the Blu-ray. For an additional 18 Tower of London screenshots, early access to all screens (plus the 100,000+ already in our library), 100 exclusive 4K UHD reviews, and more, support us on Patreon.