On screen, it’s risque to center pre-teens in an R-rated comedy. No one wants to admit kids talk like this, but avoidance is a social lie. Good Boys runs with a deranged honesty, peering into life for those growing up in the internet age.

Some people will recoil at the star’s vulgarity, or how Good Boys puts them in these wildly inappropriate scenarios. Yet, this stuff happens. Seeing it, hearing it, brings attention to what kids do out of sight. Believing an 11-year old doesn’t blast F-bombs out of earshot to feel adult or be cool is absurd. Good on Good Boys for treating this naturally.

Good on Good Boys for treating this naturally

Comedy comes from innocence. Or, outright naivety. These three kids celebrate their friendship as “The Bean Bag Boys,” totally oblivious to the double meaning. Sixth grade is to be their grandest moment, blissfully unaware that no one actually remembers sixth grade. They don’t understand how things work, and rely on the more mature – eight graders – for information. Good Boys does that a lot, a story where drinking beer is measured in mere sips, not bottles. There’s misunderstanding about growing up with others in different phases. One friend wants to kiss the dream girl, the others still shudder at the thought.

Key though is, even in how divergent these kids are in personality, they stick together. None of them realize the disparity; they all want the same thing, or at least, they think they do. It becomes a balancing act in a small scale road trip movie (four whole miles) to both maintain support for one another and become individuals. That’s what adulthood does, yet by way of the internet and resulting social pressures, Good Boys makes the case this stuff happens when kids barely seem ready. 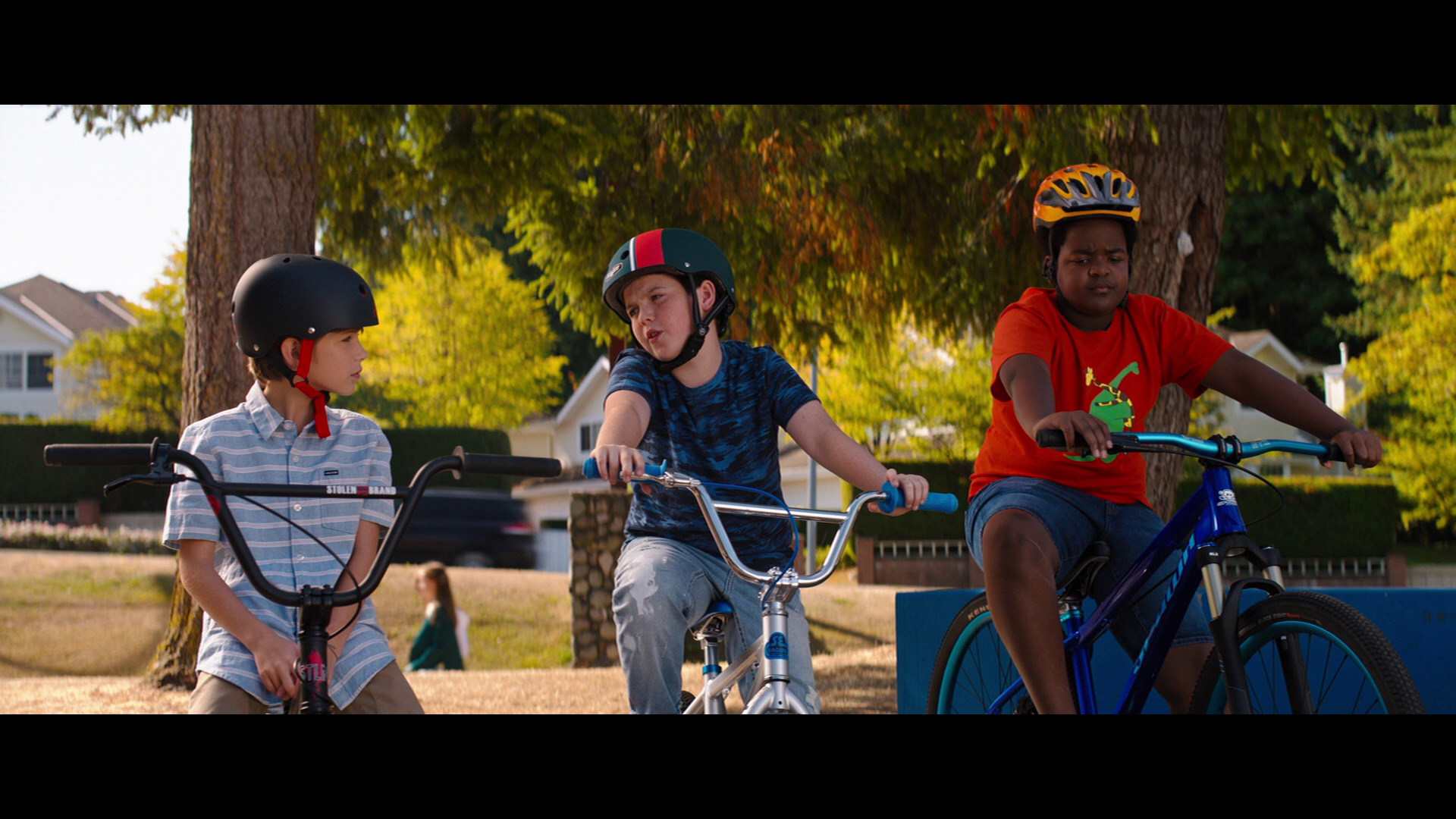 With a clean digital transfer, Good Boys finds significant detail. Close-ups bring surprising facial texture and consistency. Clarity is high enough to easily notice effects and composites (say, when the kids first see the mall). Sharpness remains high throughout with no dips, unsurprising given the rudimentary cinematography. It’s a comedy. Workmanlike is fine.

Rudimentary DTS-HD does enough to establish and maintain a soundstage. A drone pans through this 5.1 mix. A scene on an expressway catches each speaker while cars whip by. Listen during a paintball shoot-out as each round is tracked.

Co-writer and director Gene Stupinsky shares commentary duties with co-writer Lee Eisenberg. Out of these bonuses, that’s the deepest one. Six EPKs make up the majority, with 11 deleted scenes and an alternate ending following. A super short gag reel holds a few laughs.

Open and honest about how kids really act, Good Boys has a blast toying with childhood naivety without losing any heart.

The 15 unaltered images below represent the Blu-ray. For an additional 10 Good Boys screenshots, early access to all screens (plus the 100,000+ already in our library), 100 exclusive 4K UHD reviews, and more, support us on Patreon.