Captivating underwater footage from Jean-Michel Cousteau, son of the legendary Jacques Cousteau, explores the awesome variety of marine life from Fiji to the Bahamas in stunning clarity. Wonders of the Sea is a 2017 American documentary film co-directed by Jean-Michel Cousteau and partially narrated by Arnold Schwarzenegger.

The documentary was filmed over three years in oceans across the world from Fiji to the Bahamas. The small cast includes Jean-Michel Cousteau and his two adult children, Céline and Fabien Cousteau.

Jean-Michel Cousteau and his children explore ocean life in brilliantly vivid underwater footage, unlike anything seen before. Wonders of the Sea takes viewers on a trip below the ocean’s surface, capturing incredible footage of rarely seen sea creatures, while explaining the vital importance of its fragile ecosystem and ocean conservation. The environmental message naturally fits with the amazingly diverse range of creatures found in the ocean.

The informative documentary covers the vital role played by coral reefs across the world and their place in the ocean’s delicate balance of life. Examined up close in spectacular detail, the reefs are revealed to be living organisms.

Everything from kelp forests off the coast of California to mangrove trees in the Bahamas are covered, not to mention an incredible array of sea life. Ranging from microscopic flatworms to sharks, the natural biodiversity of the oceans are highlighted. The giant sea turtles are probably my favorite; watch as smaller fish feed off their flesh wounds for meals.

Narrated by Arnold Schwarzenegger and the Cousteau family, Wonders of the Sea showcases awe-inspiring ocean scenery in breathtaking 4K video. An informative documentary about sea life and a positive message about the oceans, Wonders of the Sea provides a child-like sense of wonder and awe to its subject matter. The underwater footage speaks for itself and the uneven narration largely stays out of the way. 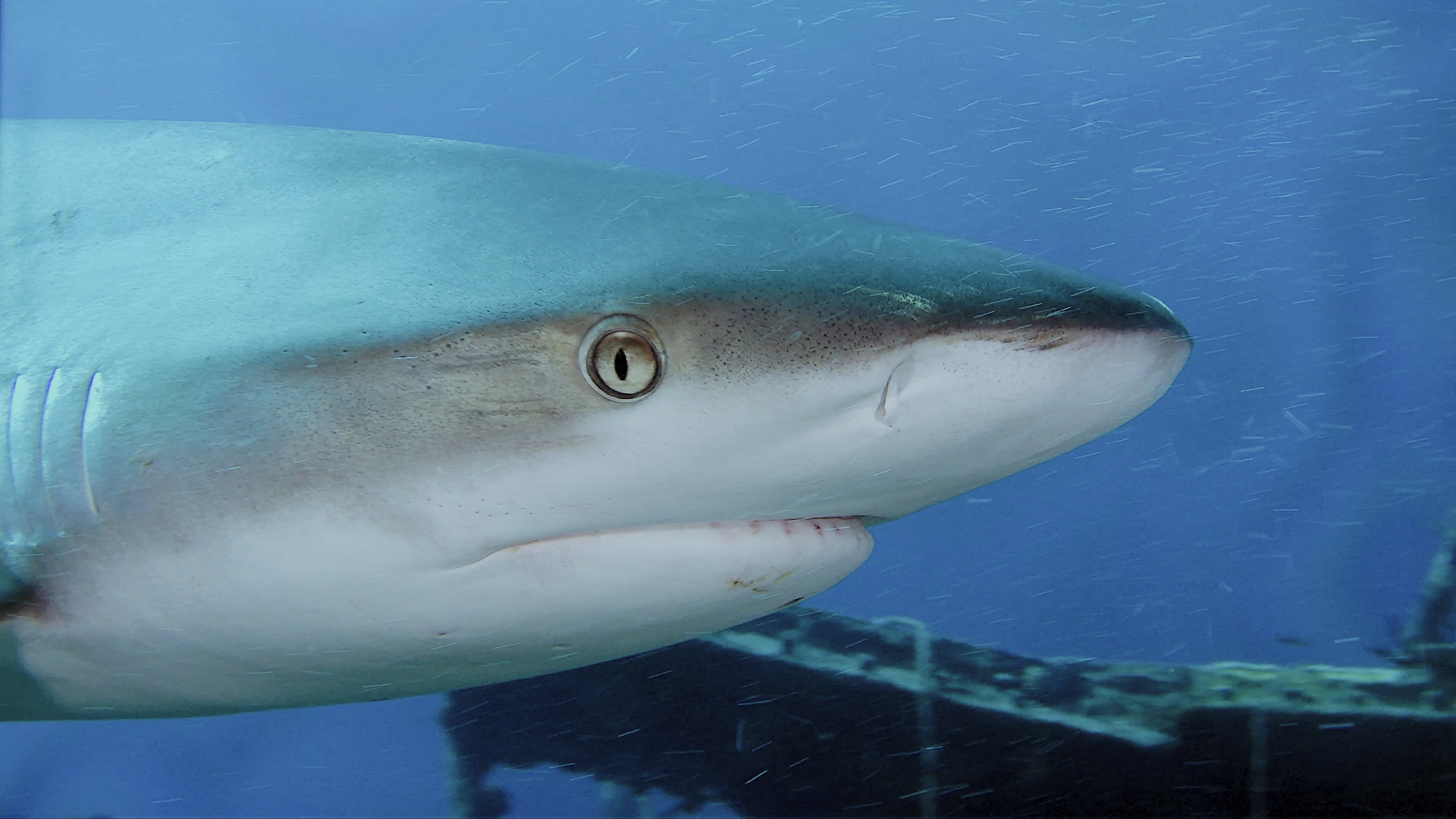 The 2017 documentary hits UHD courtesy of Screen Media. The entire documentary is designed as underwater eye candy, a visual spectacle intended to dazzle home viewers. The underwater footage by Gavin McKinney is meant to be special in nature and mostly delivers. While its ultimate resolution at the pixel level may fall short of the absolute best-looking Hollywood productions, the top-notch picture quality is a treat on better 4K displays.

The 4K presentation captures brilliant shades of colored marine life in vivid detail. There isn’t anything less than very good to the documentary’s consistently outstanding video. The incredibly photogenic subject matter, from tiny hermit crabs to sharply colored flatworms, pop off the screen in slow-motion photography.

Black levels are pitch perfect, important for the night dives that highlight phytoplankton and zooplankton. The footage is surprisingly pristine, encoded in strong HEVC with a technically flawless transfer. Presented at a well-composed 1.78:1 aspect ratio, Wonders of the Sea is a top UHD for picture quality due to its interesting visuals. Actual HDR content is lacking, though a few color highlights immediately make their presence felt.

Interestingly enough, Wonders of the Sea at one time was intended to be released in 3-D as well. The shrinking home video market for 3-D releases appears to have ended that possibility.

The backcover lists 5.1 audio but it’s entirely absent from the UHD. Wonders of the Sea arrives with perfectly adequate 2.0 DTS-HD MA audio.

Dialogue from the various narrators is placed high in the clean mix. The original score by Christophe Jacquelin has a lush symphonic quality, gentle and relaxing. For a documentary, it provides effective musical accompaniment to the jaw-dropping eye candy.

Screen Media provides a few extras for the documentary in the Blu-ray and UHD combo package. A slipcover is available.

Interview With Arnold Schwarzenegger (06:24 in HD) – The former California governor explains why he was so passionate about this project and his commitment to environmental causes. He brings up its important message.

Making Of Wonders of the Sea (02:44 in HD) – A brief featurette with co-director Jean-Michel Cousteau and Arnold discussing their involvement.

Music Video: Heart of the Ocean (05:05 in HD; 2.0 DTS-HD MA) – A female singer walks along a beach front in this uncredited music video. The song isn’t half bad, but her actual identity goes unlisted.

Wonders of the Sea

An underwater documentary from Arnold Schwarzenegger and the Cousteau family that is pure eye candy for nature lovers.

The following six screen shots serve as samples for our Patreon-exclusive set of 56 full resolution 4K screen shots, grabbed directly from the UHD: