Late in Man on a String, double agent Ernest Borgnine has infiltrated the Kremlin on the US’s behalf. He’s led into a school room where Russian spies speak with southern or east coast accents. These students perform flawlessly, and Borgnine learns they’ll soon be sent to the States as spies.

Invasion of the Body Snatchers came out four years prior; Man on a String is effectively the same story. Rather than aliens substituting for Russians, it’s actually Russians.

To note, Man on a String is basic propaganda. Ironically, Borgnine plays a filmmaker sent to Russia and Berlin under the cover of making government films. Given the camera’s lavish attention on high-tech gadgets and a narrator’s boomy voice, Man on a String feels the same. It’s a movie laced with paranoia, dramatic line readings against communism, and scenes staged in the most innocent of places. Yet, all around, spies engage in their espionage plots while ordinary civilians party. Shots near the Kremlin notice how happy citizens are; the narration acts offended that these people cannot figure out what their government’s intentions.

Man on a String’s failure at nuance pulls things down in the opening act. The middle – as Borgnine works his way toward political influence – fares better, but it’s the finale making Man on a String take off. Discovered and stuck in East Berlin, Borgnine seeks an out as authorities give chase. Scenes in isolating, open war ruins provide no cover or rest. That suffocating tension better sells communism’s fear than the previous 80-minutes.

Borgnine’s nationality here – a native Russian – weighs on him. His conscious debates his loyalty. Both sides offer something in his interest, further challenging his position. Therein is a nice arc, even if his decision never appears in doubt. Still, Man on a String finds thematic discomfort. Either side might see him as a traitor, and dialog exchanges only need suggest the penalty.

Traveling between coasts and then through Russian-occupied territories, Man on a String looks lavish. Again, that’s needed to instill mania in those viewers sitting in a theater. Conversations during tourist boat rides and at parties make undercover work appear casual. It happens everywhere, according to this story. When not an infomercial for American intelligence agencies, Man on a String produces capable thrills, the audacity of it all aside. 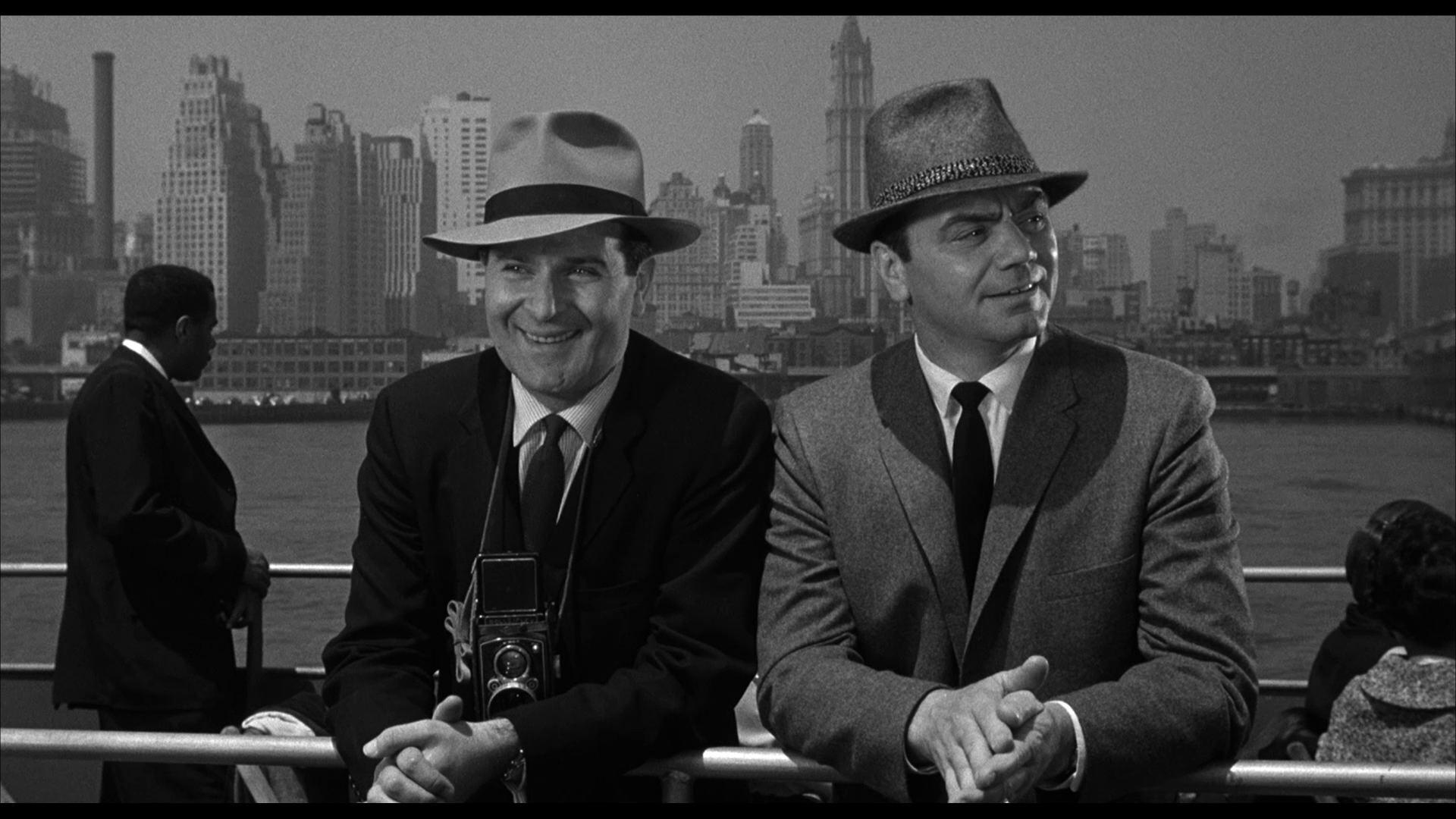 The final entry in Mill Creek’s Noir Archive Blu-ray series outputs a capable if inconsistent transfer. Man on a String utilizes a tough film stock, hearty in a grain that encoding struggles to resolve. Spikes in certain scenes choke, leading to visible artifacts.

Inserted stock footage looks rundown, suffering from damage. The new footage deals with spotty dirt and the occasional scratch. It’s ready for Blu-ray, if well served by another clean-up pass in the future.

While dialog runs a little thin, nothing sounds out of the ordinary for the time. It’s all cleanly audible anyway.

Man on a String

Ernest Borgnine leads an anti-communism propaganda film in Man on a String, coming together for a great climactic chapter.

The 15 unaltered images below represent the Blu-ray. For an additional 14 Man on a String screenshots, early access to all screens (plus the 100,000+ already in our library), 100 exclusive 4K UHD reviews, and more, support us on Patreon.