Reigo is a literal interpretation of the famed Tora, Tora, Tora quote, “I fear all we have done is awaken a sleeping giant.” Sci-fi fantasy Reigo tells of similar Japanese military arrogance, brought on by Battleship Yamato’s maiden voyage. Although a real world ship during the war (and sunk in 1945), this Yamato speeds toward a conflict with a fish-like dragon, this after Yamato’s first attack kills the creature’s infant.

The crew celebrates their victory over the cub. Yet, they don’t actually know what it is they destroyed, or what’s coming after. They won a one-sided conflict. In this, Reigo proves critical of Japan’s aggressive war posture, and like the best of kaiju cinema, finds digestible historical context to its action. Aside from brief flickers of levity, Reigo plays straight, dramatically telling a Yamato-based fantasy before the closing credits reveal the ship’s actual fate. In that allegory, Reigo succeeds.

Director Shinpei Hayashiya drew notice for his work on Gamera 4: The Truth, a fan’s interpretation of what happened after the ‘90s Gamera trilogy. It’s the stuff of kaiju legend, a rarely seen work outside of limited Japanese screenings. That gives Reigo an instant mystique and allure, if a limited barometer for Gamera 4’s quality.

Disappointment stems from the action, sadly reliant on digital work rather than practical. It’s generally a mess, if anything is seen at all behind the darkness, rain, fire, sparks, and more. Worse, the few moments of suit/puppet usage look stellar in their few seconds of screen time. Removed from credible tension, the slew of explosions mean nothing, and monster attacks whiff when attempting to deliver a sense of awe. At best, an imported curiosity for its telling denunciation of WWII hostility. 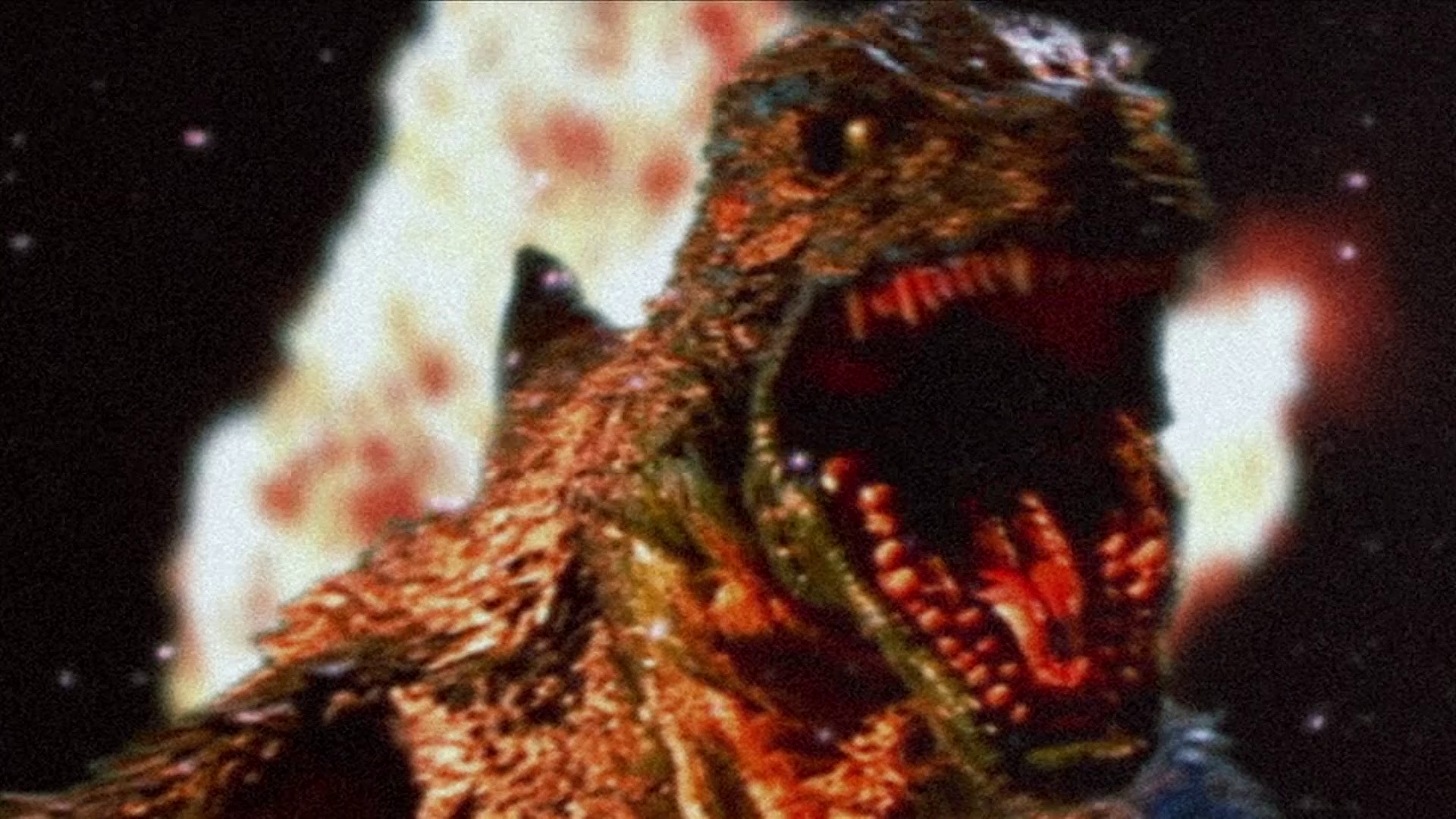 Delivered to Blu-ray on BD-R in limited numbers by SRS, it’s important to note Reigo’s production dates back to 2003-2004. Likely, this means SD digital video as a source. It looks every bit that part too.

Actually, it’s worse, messily compressed with never-ending banding. Labeling this a DVD upscale is possibly right, yet the output looks weaker still. Not one line in this movie looks sharp, and hardly a frame exists without aliasing or chunky pixelation. Noise is a constant, poorly handled by either the encode or source.

Using black and white footage to open things, crush saps all detail in shadows while clipping handles the other side. That betters once into the color material, if still dim overall. Primaries soften, usually draped in a greenish hue. There’s no reason to buy this over the DVD, and it’s doubtful the SD footage will allow any future improvements either.

A small split between the stereos spreads a little gunfire between channels. Otherwise, minimal sound design keeps material centered. Dialog carries the thinness of on-set recordings, and strict range from the Dolby Digital mix removes any sense of bombast.

Note dialog is Japanese only with subtitles.

An alternate B&W version of Reigo shows up in the bonus menu. Note this is more compressed than the main color feature. Trailers and a slideshow bring the disc to a close.

Note Reigo goes by a number of names including Reigo, the Deep-Sea Monster vs the Battleship Yamato, or based on this release, Reigo: King of the Sea Monsters. For this review, we went with a middle ground title.

Critical of Japanese World War II arrogance, the micro-budgeted monster flick Reigo makes its case, but it’s undone by its lack of thrills.

The 15 unaltered images below represent the Blu-ray. For an additional eight Reigo screenshots, early access to all screens (plus the 100,000+ already in our library), 100 exclusive 4K UHD reviews, and more, support us on Patreon.