A Comedy of Nothing

Maybe Rush Hour’s success spurred on Eddie Murphy to jump back into the buddy cop routine. There was a time when this was his undeniable forte. By 2002, it wasn’t anymore. Neither Showtime or I Spy caught on, both released the same year.

If not Rush Hour, than I Spy looked to capitalize on the TV reruns that proved popular for around a decade. Flintstones, Addams Family, Charlie’s Angels; all of them drew audiences. Then someone dug up this Bill Cosby-starring mid-60s series and turned it into… this.

I Spy isn’t about cops, rather (obviously) a spy agency, but the effect is the same. Murphy is loud and obnoxious – not in a negative way; that’s Murphy’s wheelhouse – and Owen Wilson the calm opposite. The two verbally spar, then really spar, then save the world. Number of surprises? Zero.

There is one distinction held by I Spy: It’s likely to be the first post-9/11 studio movie. Filming started September 12th, 2001. That’s too soon for the script to capture those fears, although the plot concerning Malcolm McDowell pawning off a new super jet to Asian buyers holds a touch of anxiety. A quick quip about weapons of mass destruction and Will Ferrell (in voice only) playing George Bush Jr. date things to the new millennium.

As a whole, I Spy doesn’t offend by way of its existence. The laughs, in brief spurts, do work. Routine action lacks thrills, but pushes shoot-outs, car chases, and explosions on to the screen. At home, it’s pleasing background noise. Paying attention means seeing the hilariously phony green screen composites and dealing with tired rom com moments with Wilson trying to bed Famke Janssen while Murphy drops instructions through a headset. It’s awkward.

Credit to I Spy for appropriate casting. Murphy’s arrogant boxing champion plays to his comedic strength and Wilson as an emasculated agent with out-of-date gadgets allows for a quiet demeanor. I Spy undoubtedly looked smart on paper, even with Murphy on a downward trend. Wilson was a great get considering his buddy experience in Shanghai Noon. It’s somewhat tragic the only thing that came of it was I Spy. 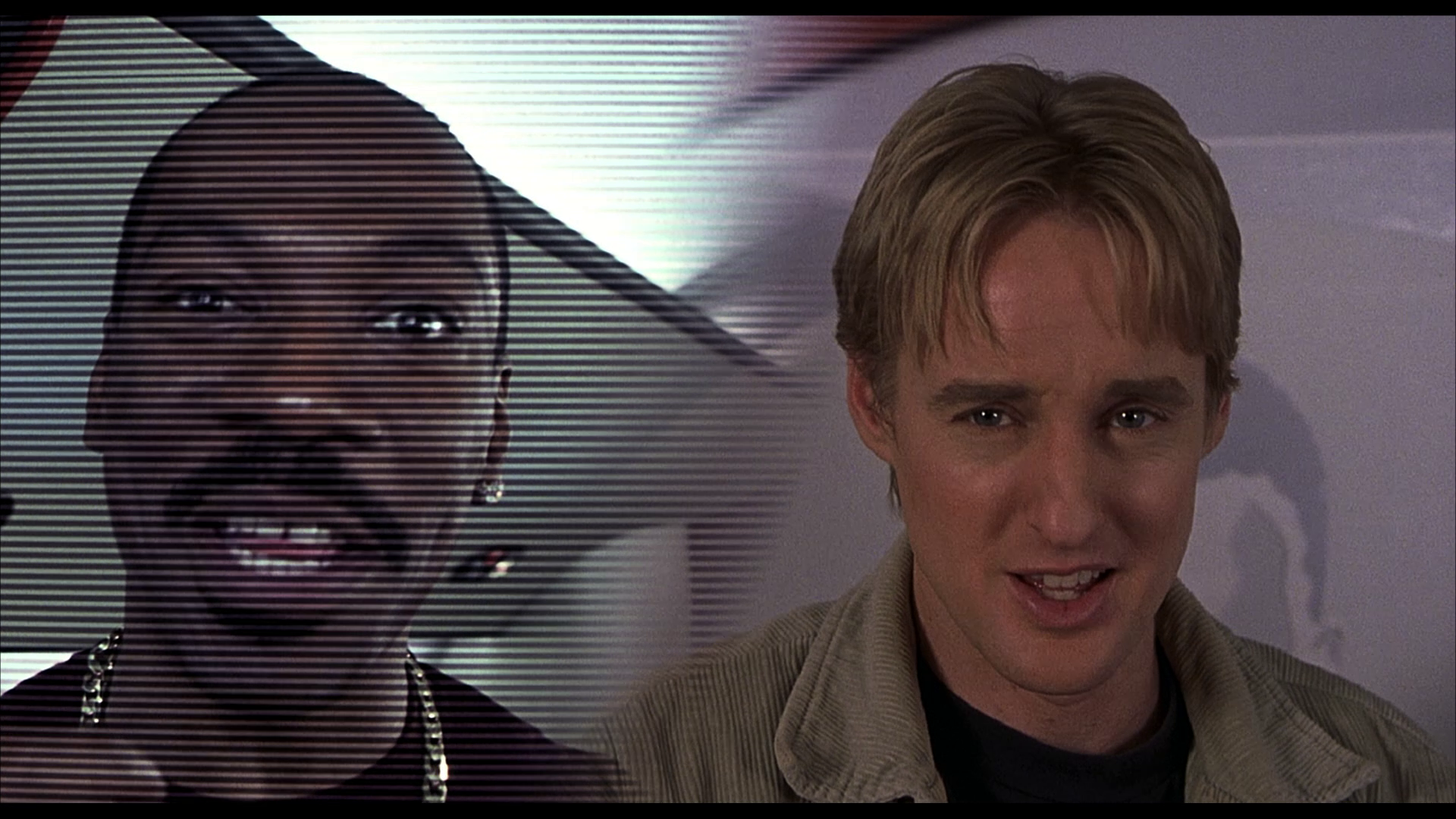 Indifference toward I Spy leads to a flat, uninspired Blu-ray. Weakened resolution leads to chunky grain, meagerly resolved by Mill Creek’s encode. Detail lags. A few close-ups draw out definition, but Hungarian location shooting was a waste considering how little fidelity is visible. No processing is applied thankfully, but I Spy’s master looks akin to one made for the early HD cable era, almost certainly provided by Sony.

Routine, even slightly drained color lacks punch. Dry flesh tones and softened primaries offer no help to I Spy’s Blu-ray. Even stadiums as Murphy’s character defends his boxing title – with lights and signage designed to draw the eye – lack saturation.

This all goes for contrast too, listless and flat. Without the densest black, depth suffers. There’s no contrasting push either and a few attempts to stretch things leads to blooming.

LFE is the missing component. A quick avalanche opens I Spy, generating a slight rumble that represents the whole of the lacking range. Plane engines and music mildly add power. However, even at peaks, the energy needed isn’t there.

Trying to recapture the comedic magic of Eddie Murphy’s prime, I Spy lacks enthusiasm and energy in its derivative buddy material.

The 15 unaltered images below represent the Blu-ray. For an additional 19 I Spy screenshots, early access to all screens (plus the 100,000+ already in our library), 100 exclusive 4K UHD reviews, and more, support us on Patreon.