The New York of 2005 is a perfect setting for this dry indie from the new millennium. New York looks mournful and tired. So do the people living there. There’s a sense of total isolation in Winter Passing where everyone is looking to get away from one another rather than connect. All of the hiding, the running, and fear flows through Reese (Zooey Deschanel).

Winter Passing deals with characters hanging on to their depression. Reese uses cocaine to hide her past. Her father (Ed Harris) lives alone in a garage, occasionally hitting keys on a typewriter, a remnant of a successful career. Together, they have to reconnect even if neither seem ready, with Reese ditching the east coast for father’s home in Michigan. There’s no surprises where Winter Passing is going.

At times, it’s too much. Reese overreacts, bitter about a childhood spent raised by artistic parents; she’s only visiting her father on the promise of money. Deschanel needs to balance empathy with an outpouring of anger, careful as to not overstep. It’s a marginal success, saved by Deschanel’s talent.

The only break is Will Ferrell, forever a better actor than he’s credited for. For levity, he’s playing a reject from a Christian band who took over Harris’ home by crashing on the couch one night. His is another story of rejection and isolation, as if Winter Passing didn’t have enough of those. At least his awkwardness is something worth celebrating, or in a daring twist for Winter Passing, worth smiling at.

It’s all so quiet. Most of the dialog runs at a volume one notch over a whisper to accentuate the lack of communication. The soundtrack plays slowly as if at half speed. There’s no urgency. Imagining the future of these characters using only self-help further adds to the dramatic burden. In ‘05, everything was still recovering. A few years later, the economic fall probably took these characters with it.

Human nature says to root for these people. It’s clear they need one another, and need to connect when in the same room. Emotional distance prevents that. Self-loathing adds up. In the end, decisions lead to a safe finish, all of these arcs foreshadowed. Ferrell builds an outdoor metaphor: a covered pathway from the garage to the house so Harris can visit without traversing Michigan’s winters. That path grows the less willing Harris is to deal with his daughter’s trauma. As he recovers, the path comes down, plank by plank. Not all that subtle. 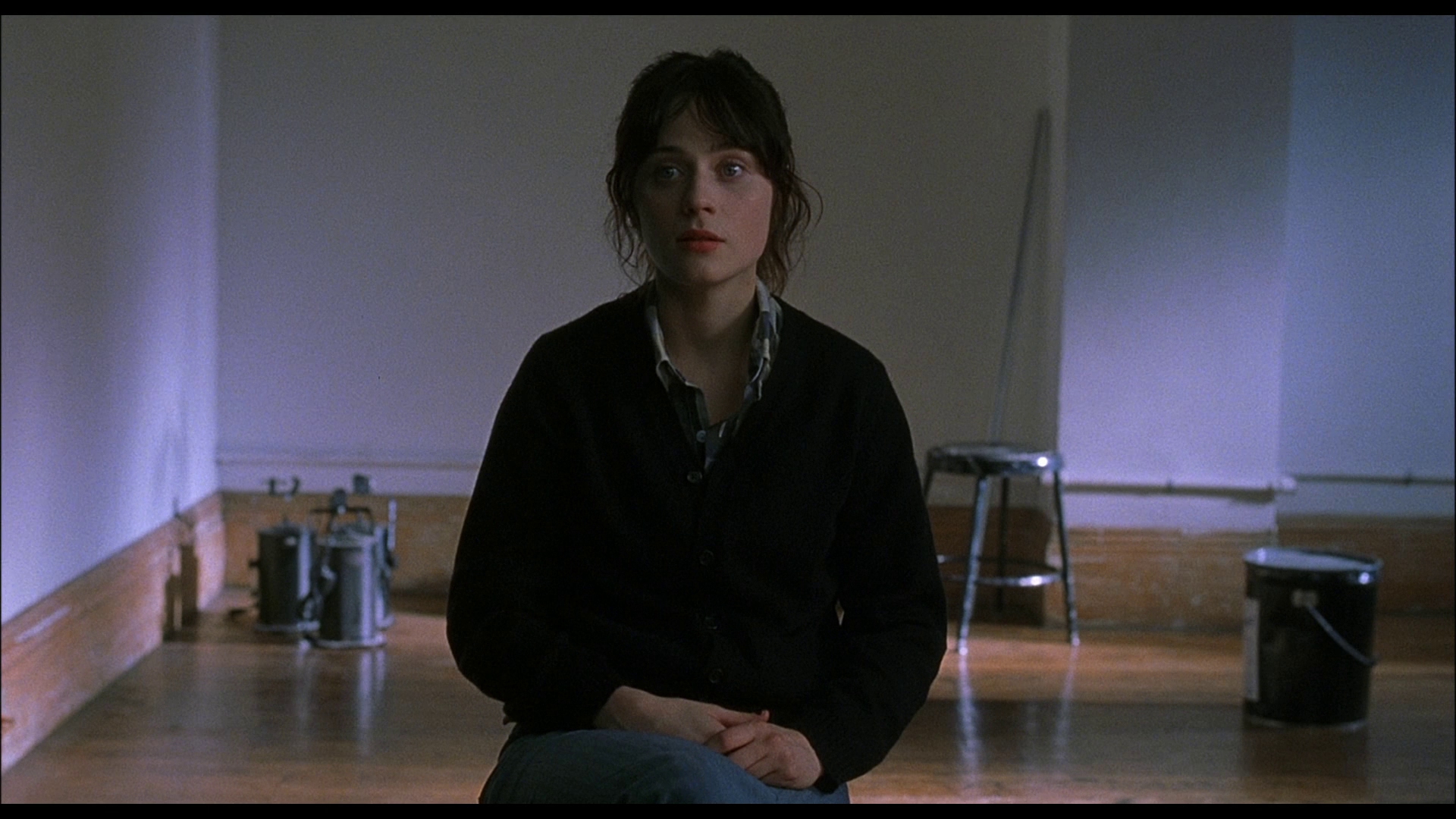 A middling, older scan of film elements creates the presentation on this Blu-ray. Low resolution materials negates sharpness and produces a chunky, sagging grain structure. MVD’s encode deals with the influx of grain well enough, if to no great impact.

Signs of ringing and fringing impedes images. While some detail escapes (from what looks like a decidedly analog scan), definition sours. By design, Winter Passing remains muted, with an overcast-like contrast and stable (if dull) black levels. There’s little depth.

Some splashes of color add a little cheer. Inside the Michigan home, a hoard of books line every room, colorful to the eye with their many colors. Overall saturation defies the bland aesthetic.

There’s little extension into the positional channels afforded to the 5.1 mix, available only in Dolby Digital. Bar and city ambiance lightly fills the soundstage. Dialog never moves from the center, but stays in balance.

The alternative is PCM stereo, also adequate. Dialog doesn’t radically exhibit better clarity based on this choice though.

Overbearing in its melancholy tone, Winter Passing follows a predictable dramatic path to an unsatisfying conclusion.

The 15 unaltered images below represent the Blu-ray. For an additional nine Winter Passing screenshots, early access to all screens (plus the 30,000+ already in our library), 75+ exclusive 4K UHD reviews, and more, support us on Patreon.