High School High was prophetic. Three years before the Columbine shooting, metal detectors go off as kids enter their school, police walk the halls, teachers don bullet proof vests before class, and guns pile up on tables after searches. For an intended spoof comedy, that’s morbid.

Of course, no one knew this light, barely 80-minute, Jon Lovitz-starring farce would someday land in the wheelhouse of the American high school experience. In 1996, High School High satirized a genre, the typical inspirational teacher drama, or more specifically, Dangerous Minds. The movie was successful enough to spawn a short-lived TV spin-off too. High School High found a target.

With a script from partly from David Zucker (Airplane! among numerous other screwball gems), High School High dodges temptations. The set-up is rife for racist gags with the uppity, silver spoon-raised white teacher stepping into an inner city ghetto to teach history. Instead, Zucker’s guiding hand just spoofs. A visual gag about cornrows sends cars racing through the lanes and a gag about these kids not knowing how to open a book safely skewers an entire education system instead of students.

Outside, career day fills the campus. A local fast food joint teaches the basics of ketchup application. Another hooks kids with the best ways to panhandle. No one in the district cares if the kids have a future, making the placement of an Army recruitment booth especially vicious satire. High School High is low-brow and dopey (hilariously so), yet weirdly adept at skewering the broken public school system.

Lovitz is great here, a one-note performance in a movie that only needs one-note. He carries a chunk of the material, never edited or written as fast as Zucker’s Airplane! or Hot Shots: Part Deux (both parody masterpieces), but the best material is riotous and stupid. Basically, everything expected from a movie like this.

The whiffs happen via a stodgy plot that sidetracks into an entirely different genre. Lovitz becomes the screen’s most awkward action star, wrestling with then 62-year old Louise Fletcher for a gun when High School High morphs into a mob movie. It fits, a little anyway. Fletcher’s playing the school principle, profiting by keeping kids stupid and mocking the desperation of low paid administrators. She’s just a villain though, and not even the main one. High School High has too much plot to cover. That’s not something heard too often. 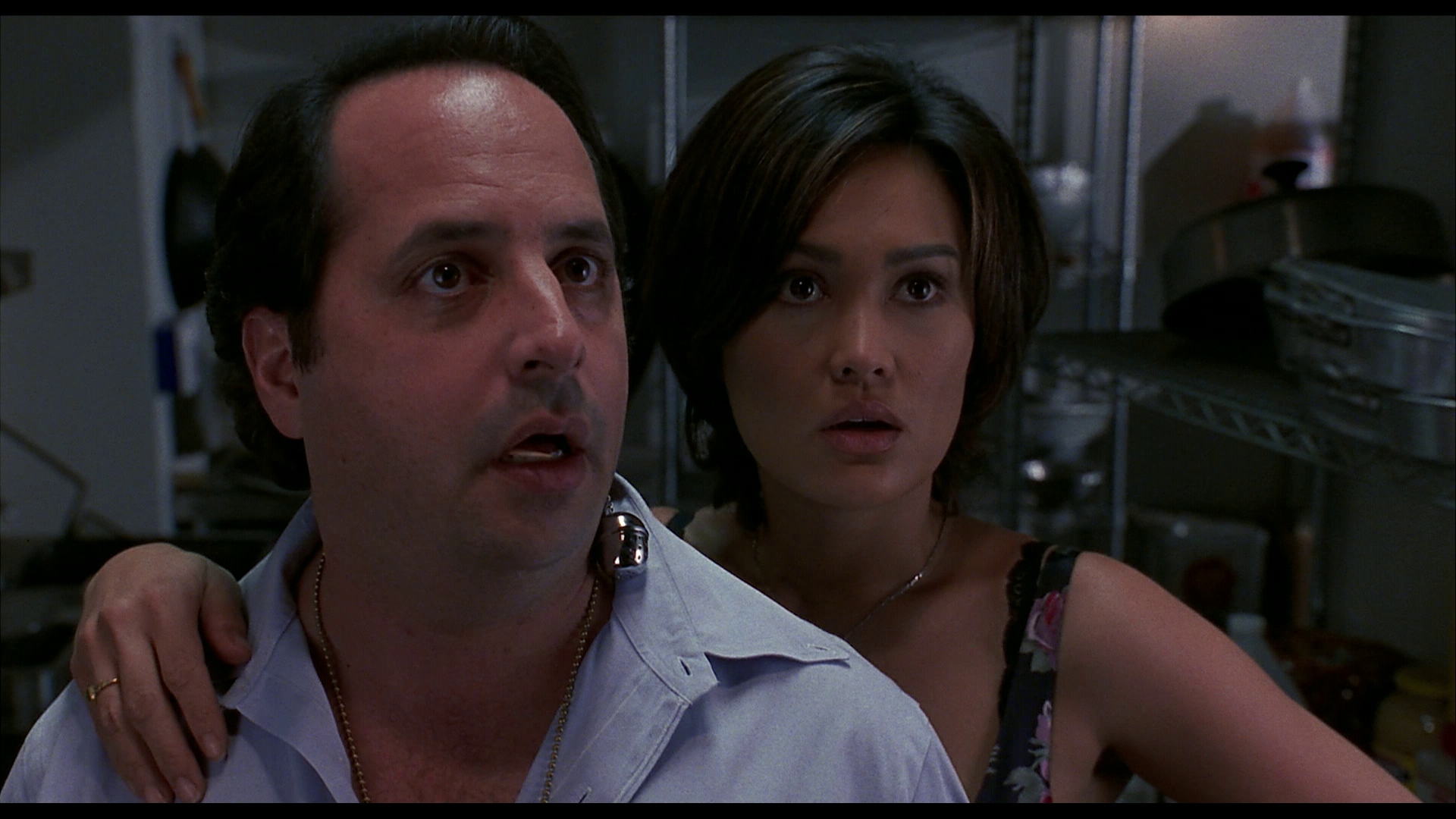 Small amounts of detail protrude where possible. To note, it’s not often possible. Rudimentary color looks dry and faded. Since the print shows signs of dirt and a little disrepair, that’s likely all from aging. Contrast reaches a suitable tier and the few times required, black levels carry needed density; they look great during a late night drag race.

There stereo split in this Dolby Digital offering doesn’t stretch far. A few sound effects spread out into distinctive channels in wide shots. That’s it. The rest comes out centered.

Master spoofer David Zucker is all over High School High’s script, enough to keep the laughs moving even in stubborn spots.

The 15 unaltered images below represent the Blu-ray. For an additional 18 High School High screenshots, early access to all screens (plus the 30,000+ already in our library), 75+ exclusive 4K UHD reviews, and more, support us on Patreon.