The economy is booming. Crime is low. The charismatic leader poised on the 50 yard line says so. A crowd erupts in a standing ovation. All is okay. It’s as if those things matter, but nothing else does. Chicago’s mayor succeeds via repetitive rhetoric, all to save himself. That’s what the aliens want. This is Captive State’s near future Earth.

Captive State is too now, too near. It’ll take time to resonate. The lack of subtly will always be an issue. The invading aliens take the name of “The Legislators,” as if their allegorical placement as the current federal government wasn’t clear enough. Opening credits turn the radio dial, finding news reports on the inescapable wage gap created by their presence, among other social issues. Captive State harnesses modern dialog with ferocity.

Captive State is the antithesis of genre expectations

Chicago matters. It’s a city serving as a burned-in, contemporary talking point for political gain. Captive State moves between a number of characters, sometimes in a confusing who’s-who frenzy, if settling on a number of resistance fighters linked by an underground information system. They seek to save their city from authoritarian, police state rule, one damning and oppressive to basic privacy. Everyone is tracked by way of implants. This is a terrifying depiction of contentment.

Director and co-writer Rupert Wyatt projects his worldview here. In a way, he’s using historical imagery transported to modern society in an evocative way. Resistance in Captive State works similar to films depicting World War II freedom fighters, escalating Wyatt’s metaphor to a level of desperate plea. In the lead role is Ashton Sanders, a ridiculously capable actor who captures the inner city injustice of Chicago, rallying those around him to fight.

Something else to note about Captive State. Much as it stands against conservative despotism, the insinuation of unbeatable aliens is rational sci-fi. No scenes of warships and planes driving toward a mothership. No nationalism, jingoism, or pride either. Rather, defeat and the belief in the American way forward while resources deplete at a fevered rate. In cinematic terms, Captive State is the antithesis of genre expectations, but coming away as a smart – if muddy – statement piece bound to resonate with distance. 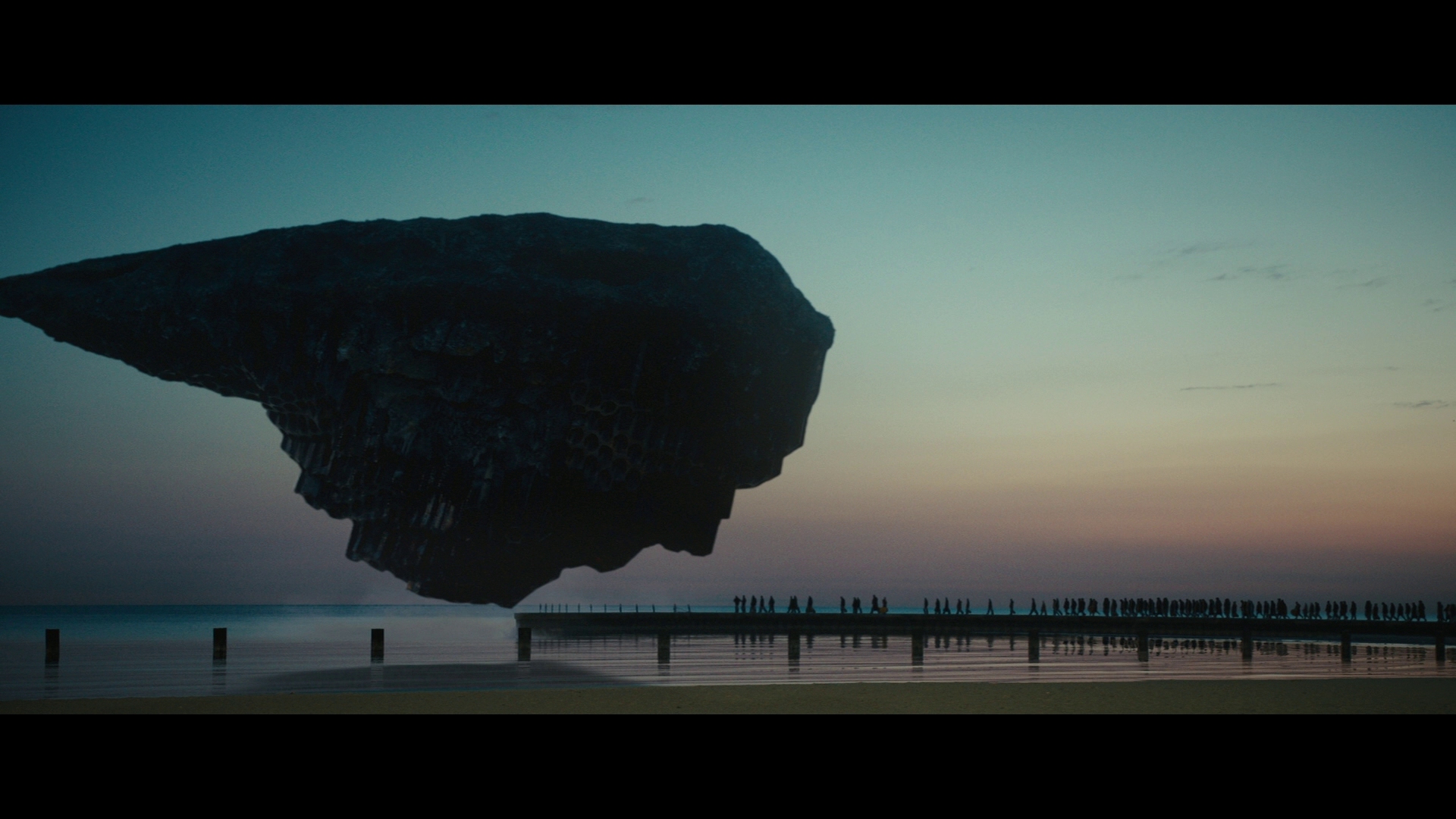 A mixture of dry ambers, blues, and teals, Captive State maintains a desolate and often monochrome appearance. No primary colors stand out. Saturation only reaches a muted level by design and intent.

The same goes for contrast, held back from true black with dusty grays filling in for shadows. Depth stays back, again with purpose, if not for general attractiveness. Image density wanes.

Resolution is high, hardly bothered by mild noise. Universal’s capable encode keeps things clear. Texture reaches a high grade, both in terms of close-ups and shots of Chicago from afar. Sharpness holds at a consistent level.

DTS-HD keeps this movie rich in ambient cues. There’s always something outside in the air, buzzing around. A beach location actively keeps up with waves and audible breeze in each channel. A full stadium wraps cheers around.

Action is likewise attentive. Alien drones chase down a character during a major scene. They start slamming into glass, creating a full soundfield and accentuating tension. Otherworldly vocalizing likewise spills out into the rears or stereos as needed.

While not dominant, LFE makes the invasive species feel stronger as they stomp around. A bit of low-end depth is enough. Don’t expect anything powerful other than some background club music.

The 15 unaltered images below represent the Blu-ray. For an additional 25 Captive State screenshots, early access to all screens (plus the 30,000+ already in our library), 75+ exclusive 4K UHD reviews, and more, support us on Patreon.