Invisible Ray’s flimsy science isn’t worth the excitement or fear mongering. An opening text suggests super radium X-rays were inevitable soon (this back in 1936). Turns out they make Boris Karloff glow-in-the-dark, the hokiest of hokey radioactive depictions. Further fear is induced during an opening monologue with Violet Kemble Cooper prominently wearing a cross, speaking on the terror to come if man wrestles with the unknown. That’s typical Universal anti-science hokum.

Science is addictive and anti-social, so says this story. Karloff’s experiments with space time and radiation turn him against humanity. The power, never meant for humans, turns Karloff into a maddened killer, seeking revenge on a past lover and the other scientists who found curative properties in the discovery of these rays. That means a finale in a lavish home, with a killer prowling the premises, and growing body count. Invisible Ray doesn’t stray from formula.

Other dated material seeps into Invisible Ray. A portion of the second act takes place in Africa, the ghastly, casual racism of the period well above the usual native tropes or their broken English. “This little creature is going to live,” says Bela Lugosi, referring to the African infant he’s diagnosing. “Creature.” Ouch.

A portion of the second act takes place in Africa, the ghastly, casual racism of the period well above the usual native tropes

Mostly, Invisible Ray skips past interesting ideological concepts. Karloff’s mother rejects her son’s tinkering on religious grounds. Eventually, she agrees to be part of the tests. Invisible Ray avoids any in-between though. The mother doesn’t have a change of heart. One edit, and she’s in a chair awaiting radioactive exposure.

It’s clear then what Invisible Ray is – another Karloff/Lugosi offering, with both men entering their box office peak at Universal. Any means to see them stand against each other (Karloff’s imposing physique, Lugosi’s wonderful accent) meant people in theaters during the depression. In that, Invisible Ray is rote, especially with a criminally underwritten romance serving only as a stakes creator for the third act.

That aside, it’s Karloff and Lugosi. That’s two genre powerhouses. Get past the corny science, try to look away from dire racism (if not ignore the cultural implications), and soak in the images of a radiation-poisoned Karloff drifting toward insanity. Then, the calm if panicked demeanor of Lugosi who suspects his former friend of murder. In their prime – of which Invisible Ray is part of – the two elevate any material with their presence. 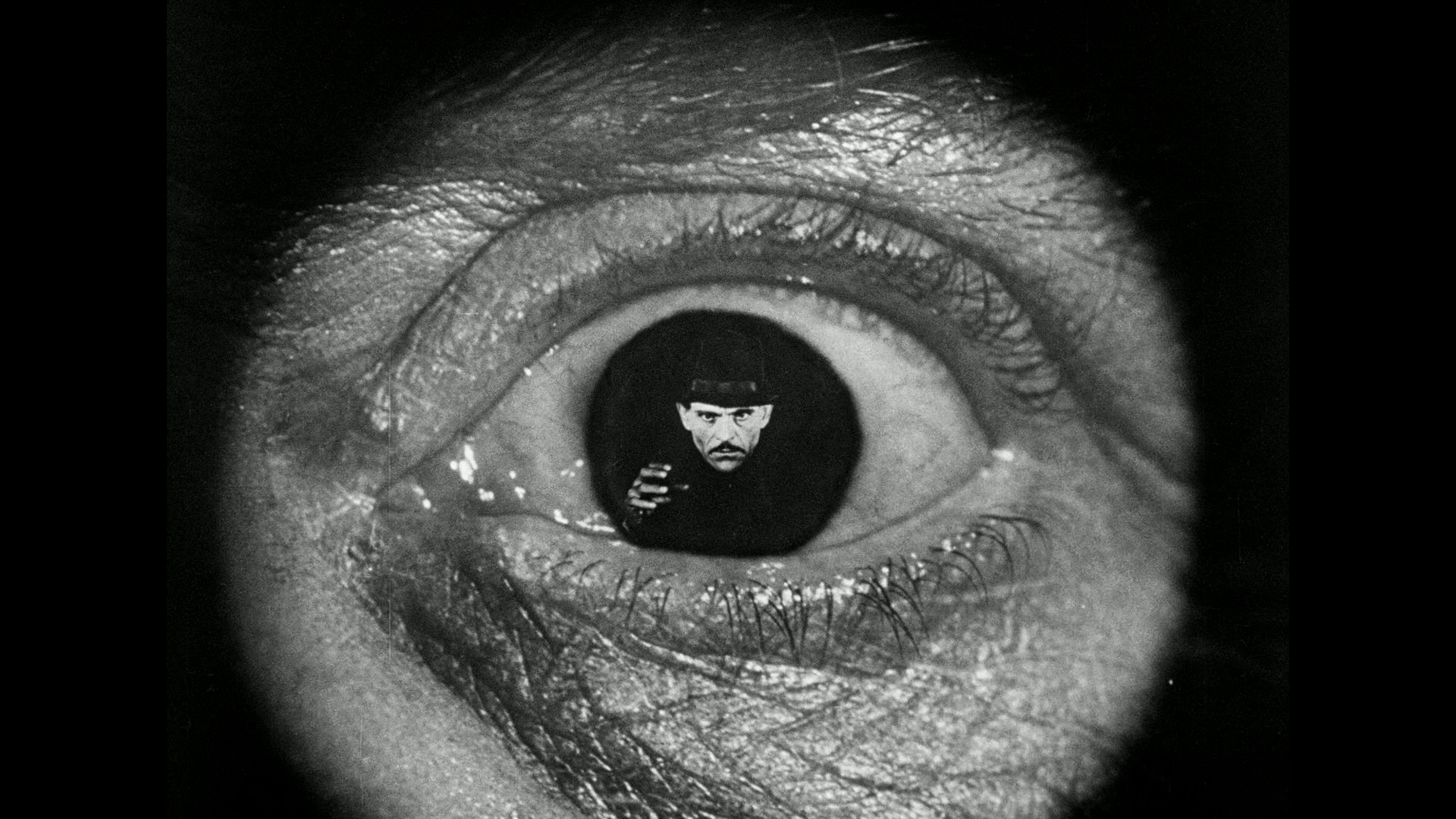 Some of the third act looks pulled from a different print than the rest. That’s a shame, if likely the only means of keeping this preserved as a whole. Considering the rest, that’s fine. This is high-grade work from Shout/Scream Factory who advertises a new 2K master, with enough resolution to wonder if that two was supposed to say four. Invisible Ray is a splendor of sharpness.

The print shows damage, some reels more than others. Various scratches and specks approach severity at times, but then fall under control. This new scan doesn’t show signs of clean-up, just a boost in sharpness. In terms of contrast, gray scale proves stunning, a bit of clipping aside. Intense black levels bring out shadows and serve the moody finale. Pure black, always. That consistency is appreciated.

Hardly any degradation is noted. All harshness is handled and under control. It’s audibly vintage and analog in the best way.

A 16-minute featurette details Invisible Ray’s production, adding context to the time period. The always great historian Tom Weaver hosts a commentary track, with trailers and stills up for the finish.

While a flimsy story of bad science, The Invisible Ray is held together by the screen presence of Boris Karloff and Bela Lugosi.

The 15 unaltered images below represent the Blu-ray. For an additional 16 Invisible Ray screenshots, early access to all screens (plus the 30,000+ already in our library), 75+ exclusive 4K UHD reviews, and more, support us on Patreon.