Universal cobbles together a number of genres in their production of Black Friday. The mad doctor movie, brain transplant story, the gangster parable, Jekyll/Hyde motions, and some sci-fi all intermix. Successfully? Not so much.

It’s a Karloff/Lugosi flick, but by diminishing return laws, strictly B-grade with but a few locations, reused footage, stock score, and skimpy story. The whole of Black Friday is unique in its amalgamation of tropes; the execution feels entirely familiar.

All these themes were explored previously. By 1940’s standards, the Frankenstein-esque errant brain transplant isn’t as excitable to see – even if Karloff now plays the doctor instead of the monster. That’s a famous switch, arguably the reason why Black Friday draws interest. Karloff refused the victim role, taking the doctor part, relegating Lugosi to bit player status as a horribly miscast American crime underling.

This is co-star Stanley Ridges’ movie. He’s outstanding, the brain swap recipient who bounces between innocent English professor and madman out for revenge around New York. It’s not particularly sensible. Why, without the professor’s brain, the body remembers that self goes unexplained. However, Ridges’ work makes it easy to dodge that logic. Better than most wolfmen, his emotional breakdowns happen with suddenness, creating two divergent personalities and more developed than anyone else in Black Friday.

Black Friday is about money, a bit ironically given Black Friday’s connections in a contemporary sense (here it’s a Friday the 13th reference). Ridges’ criminal side knows the location of $500k, leading to Karloff’s plan to find the cash. That Karloff side fails the film though, never delivering on a sense of madness, just greed. The moral lies in that deadly sin rather scientific cruelty. And, although a great performance, Ridges is never asked to grapple with his dual selves; the murderer sees an advantage, the kindly professor never grasps he’s stuck with a new brain.

By the end, the pedestrian (if inoffensive) nature of the story leads to a dock at night where gangsters seem to always meet in a movie like this. A tussle, a shoot-out, a panicked run through an apartment; Black Friday leans on the top billing given to Karloff/Lugosi because it’s otherwise public domain fodder – except, that is, for Ridges. 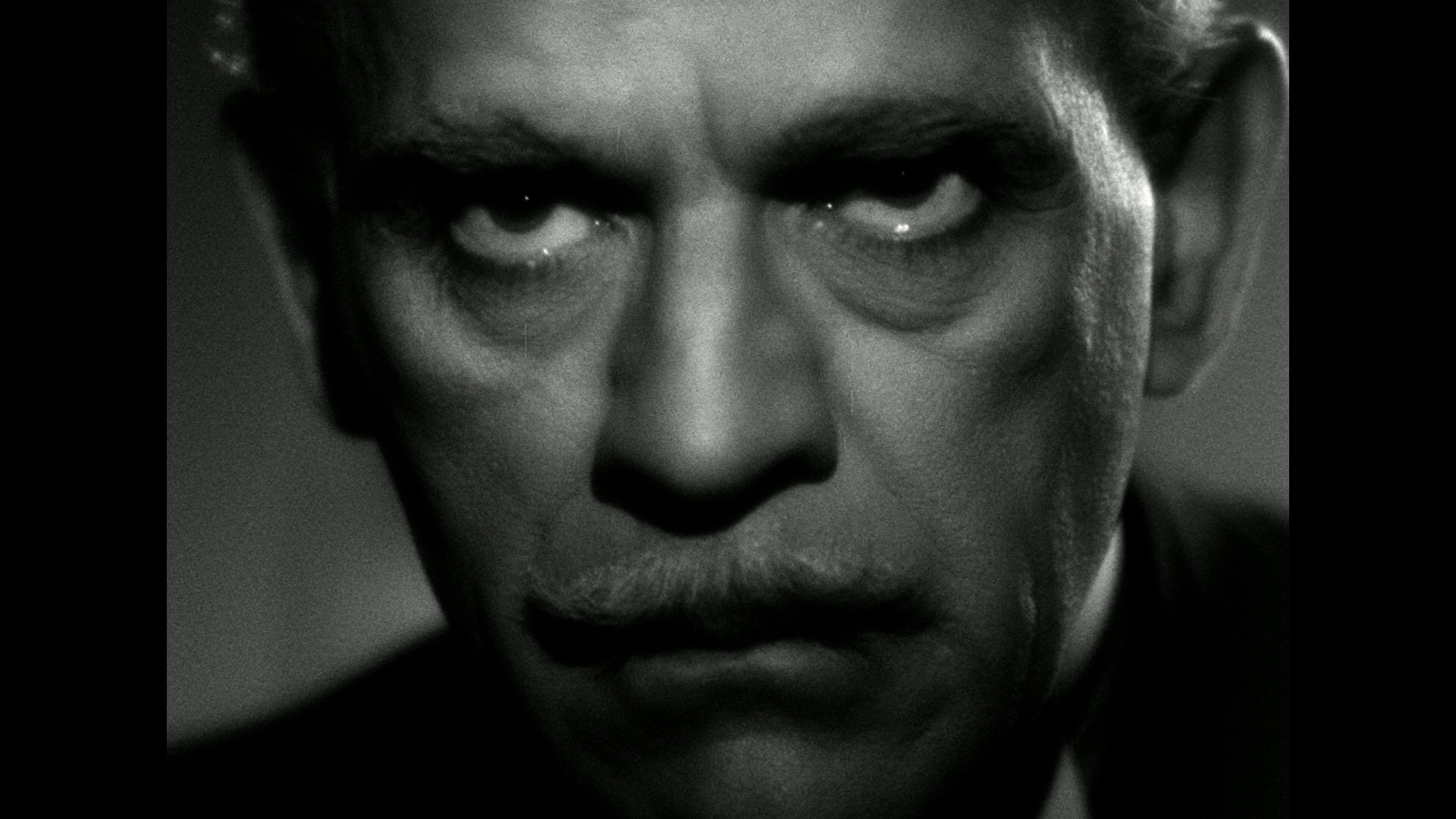 A routine presentation comes from an advertised 2K scan. The sharpness isn’t evident, floundering in a so-so source print. Damage persists, the worst of it in the first act with some vertical scratches a permanent part of the upper frame for 15-minutes or so. Various smaller imperfections will continue, if not severe.

Shout gives each film its own disc in this Universal Horror Collection leading to pleasing grain reproduction. The compression codec has room to do what it needs to.

Of concern is the gray scale, especially the shadows. They crush frequently. In shadows, the leisure suits of the day fall into pockets of pure black, sucking away detail in an already detail-light transfer. Contrast avoids peaks, if rendered well enough to keep balance.

A tremendous level of popping is evident in this DTS-HD track. The crackling keeps coming for the full runtime, coming and going.

That certainly keeps a consistent and natural analog presentation authentic. Treble teeters yet holds on to preserve clarity. Even with popping, there’s limited static. Karloff’s deep voice keeps bass active and smooth for something of this age.

Constantie Nasr (producer/director of numerous films in the 2000s) delivers a commentary focusing on appreciating Black Friday. It’s a fun perspective. A Good Game runs 17-minutes, detailing the pre-production actor shifts and other stories from the set. Karloff reads Poe’s Tell-Tale Heart in a great radio broadcast. Trailers and stills next? You bet.

Bela Lugosi and Boris Karloff headline Black Friday, but it’s a b-tier production leaning on their names while Stanley Ridges steals the show.

The 15 unaltered images below represent the Blu-ray. For an additional 12 Black Friday screenshots, early access to all screens (plus the 30,000+ already in our library), 75+ exclusive 4K UHD reviews, and more, support us on Patreon.