If imitation is the sincerest form of flattery, this faux attempt at making an American giallo by way of Halloween liberally borrows elements from Italian horror filmmakers. But a copy is rarely more entertaining or successful than the original, proved once again by director Irvin Kershner’s disappointing Eyes of Laura Mars. The supernatural thriller has an interesting premise that wastes its potential with uneven storytelling, despite its deep cast of Hollywood talent.

The late Seventies’ tale of murder stars one of the decade’s biggest actresses in one of her lesser performances, Faye Dunaway. Made with serious Hollywood names both behind and in front of the camera, Eyes of Laura Mars is a tawdry b-movie clunker. It takes ambitious creative risks that don’t always pan out. This is in spite of a roster which includes Brad Dourif and Raul Julia as supporting cast members.

Put Chinatown and Network out of your mind, as Faye Dunaway looks out of her dramatic element playing New York fashion photographer Laura Mars. Nothing in this movie was ever going to sniff the Oscars and it looks like the actress knew it all along with her overly hammy performance. Known for the jarring juxtaposition of violent imagery and beautiful models in her photos, Laura suffers frightening psychic flashes. Tortured by the ability to “view” the killer’s murders she’s psychically connected with as they happen, Laura’s friends keep turning up as victims. She’s powerless to stop the killer’s rampage.

The police are little help in solving the case, despite the best efforts of detective John Neville (Tommy Lee Jones). The mystery suggests several different possible suspects for the unknown killer, but the conclusion will have viewers howling in protest. Let’s just say that it reaches for a wild finale like all giallo thrillers, throwing logic out the window.

Horror legend John Carpenter’s screenplay and Kershner’s direction both reach for the trendy-at-the-time Italian giallo genre for inspiration. To some degree many of the genre’s twisted tropes are included. One of the most unique things about the movie is its Studio 54 vibe, largely thanks to the NYC setting and period atmosphere.

How one feels about Eyes of Laura Mars will likely come down to your view of Faye Dunaway’s overwrought performance. Her facial grimaces and pained looks have to make up for the uneven mystery and underwhelming dialogue. There’s also less romantic chemistry between Dunaway and Tommy Lee Jones than you’d expect, undercutting some of the movie’s dramatic developments.

Eyes of Laura Mars is less than the sum of its parts, partially wasting great actors like Faye Dunaway and Tommy Lee Jones. The dated thriller is firmly rooted in a certain time and place that provides it modest charm, but the uneven script lacks polish and actual character development. Watch it if you want to see Hollywood give an early stab at making a giallo set in New York. 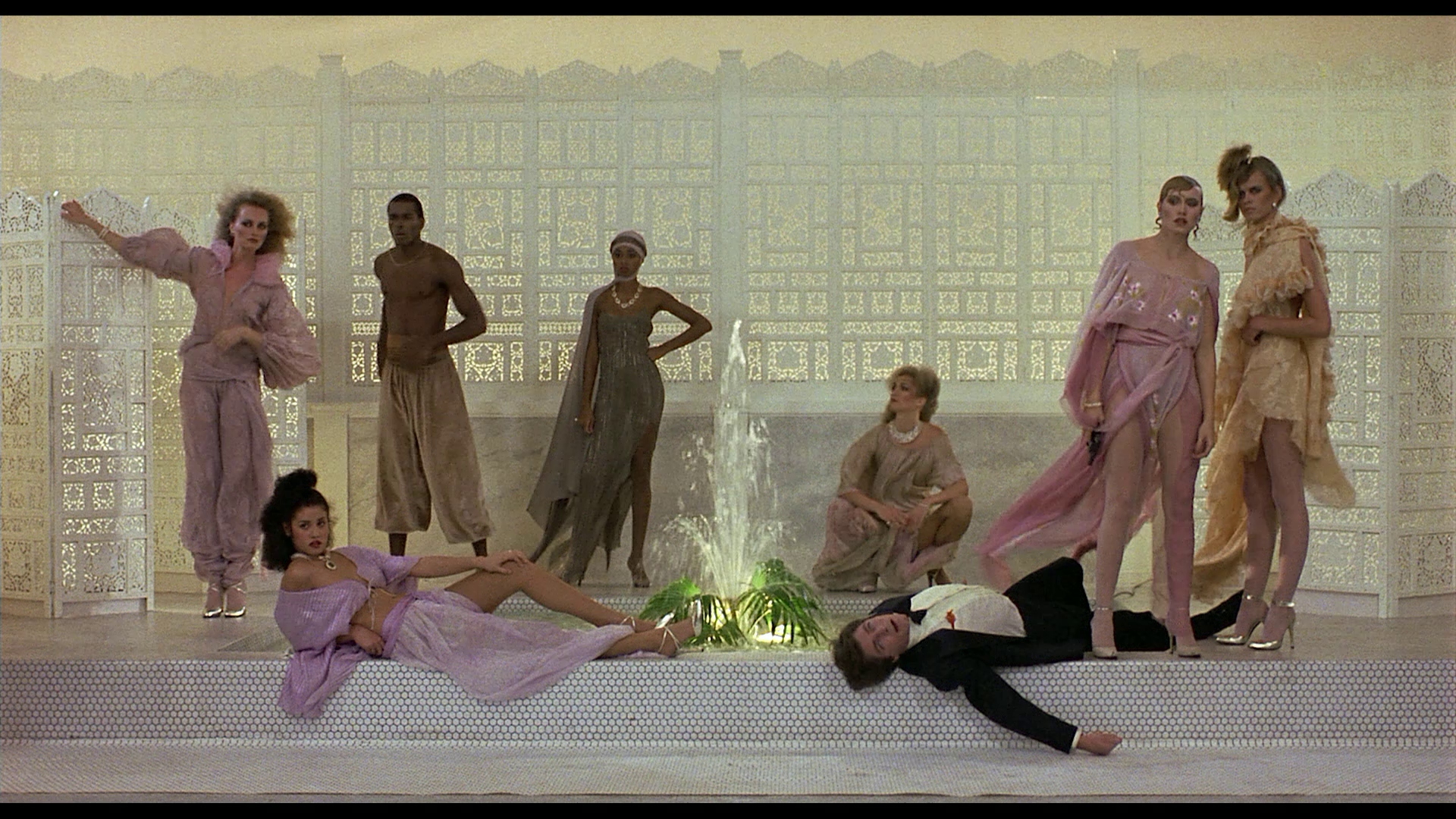 Mill Creek licensed Eyes of Laura Mars and its transfer from Sony. Without having seen the Indicator Blu-ray from the UK, it’s difficult to determine if this is a different film transfer or not.

Mill Creek isn’t known for producing top-notch restorations as a budget label, but they’ve delivered rather impressive video quality on this disc. There are no major issues present. It’s possible Sony used an older film transfer, but the amount of visible detail and delineation indicate a relatively recent scan of the elements struck during the Blu-ray era.

The 1.85:1 presentation has no glaring weaknesses in a consistent film transfer with palpable definition. Running 103 minutes on a BD-25, the serviceable AVC encode has few issues. Grain reproduction is quite adequate with fine transparency preserving detail.

There is a certain amount of softness baked into the movie’s cinematography, and the killer’s scenes by their very nature contain diminished picture quality. The film elements are in strong condition with little visible degradation. The biggest problems are the flat, dull colors which would almost certainly get tweaked in any brand-new film transfer.

The original monaural soundtrack is included in 2.0 DTS-HD MA. The theme song sung by Barbara Streisand offers full fidelity and smooth sound. Some minor limitations in the soundtrack’s recording are revealed on occasion but generally this is a solid, focused mono mix in clean audio. Dialogue can get lost if played at modest volumes, dynamic range is on the high end for a dialogue-driven thriller.

Mill Creek Entertainment has included the available audio commentary in this otherwise bare bones Blu-ray. Those looking for a more handsome package and a plethora of special features, look towards the region-free Indicator Blu-ray put out by Powerhouse Films over in the UK a couple of years ago. The Mill Creek BD is coded for region A.

Director’s Audio Commentary – Irvin Kershner, director of such movies as Empire Strikes Back, attempts to explain his filmmaking decisions in this lucid but fairly banal commentary. This was originally included on the Sony DVD from many years ago.

One of Faye Dunaway’s lesser star turns is a poor fit for this Americanized giallo thriller.

The 15 unaltered images below represent the Blu-ray. For an additional 19 Eyes of Laura Mars screenshots, early access to all screens (plus the 20,000+ already in our library), 75+ exclusive 4K UHD reviews and other goodies, support us on Patreon.