There isn’t a surprise in Instant Family’s story. It’s a movie made to pull some heartstrings and push out a few sarcastic laughs. For that, it’s fine. More than capable, actually. Like the couple who choose to go through the adoption process at the heart of this movie, Instant Family is willing to fight for its cause.

Years of mainstream cinema mocked or stereotyped adoption. That’s not Instant Family. The process is here, laid out in order, from the personal challenges to court appearances. While Instant Family will only end one way, it’s open and honest. That’s a refreshing quality. The honeymoon period as Pete (Mark Wahlberg) and Ellie (Rose Byrne) take in three foster kids quickly spirals southward. Rebellion sets in, from the youngest who demands to eat only potato chips to the oldest who sends nudes to her boyfriend. Chaos, all of it.

Ultimately, it’s light and fluffy, even padded to block out the worst. The children’s real mother suffers from a drug addiction, never shown and addressed only with rapidly passed dialog. Instant Family uses plenty of color to keep everything attractive to the eye. Plus, a layer of support cushions even the worst incidences. While coated with pleasantries, Instant Family avoids feeling artificial or hollow in its pro-adoption efforts.

Wahlberg and Byrne create a fine screen couple, and the kids push their charms. Isabela Moner especially, as a 15-year old dealing with teen emotions, conveys the angst without turning obnoxious; she’s sincere in her rebellion. Casting helps elevate the expected rush of montages and sentimental down time. It even helps the overwhelmingly corny courtroom finish that invokes Jefferson Starship for a final feel good gut punch.

For two hours, Instant Family has a way of breezing past. Editing pares everything to essentials, with a cliché, “you’ll laugh, you’ll cry” methodology. It’s the dramatic equivalent to pop music: plenty comfortable, uncomplicated, but undeniably catchy. Add in the star power for an instant draw. Leaving Instant Family means dealing with the residue of being emotionally manipulated. This is that rare case where emotional control seems fine. By being open about the process and the lingering feelings surrounding foster care, Instant Family finds itself inspiring to fix a muddy, broken system. It just takes some good people. Hopefully Instant Family finds them. 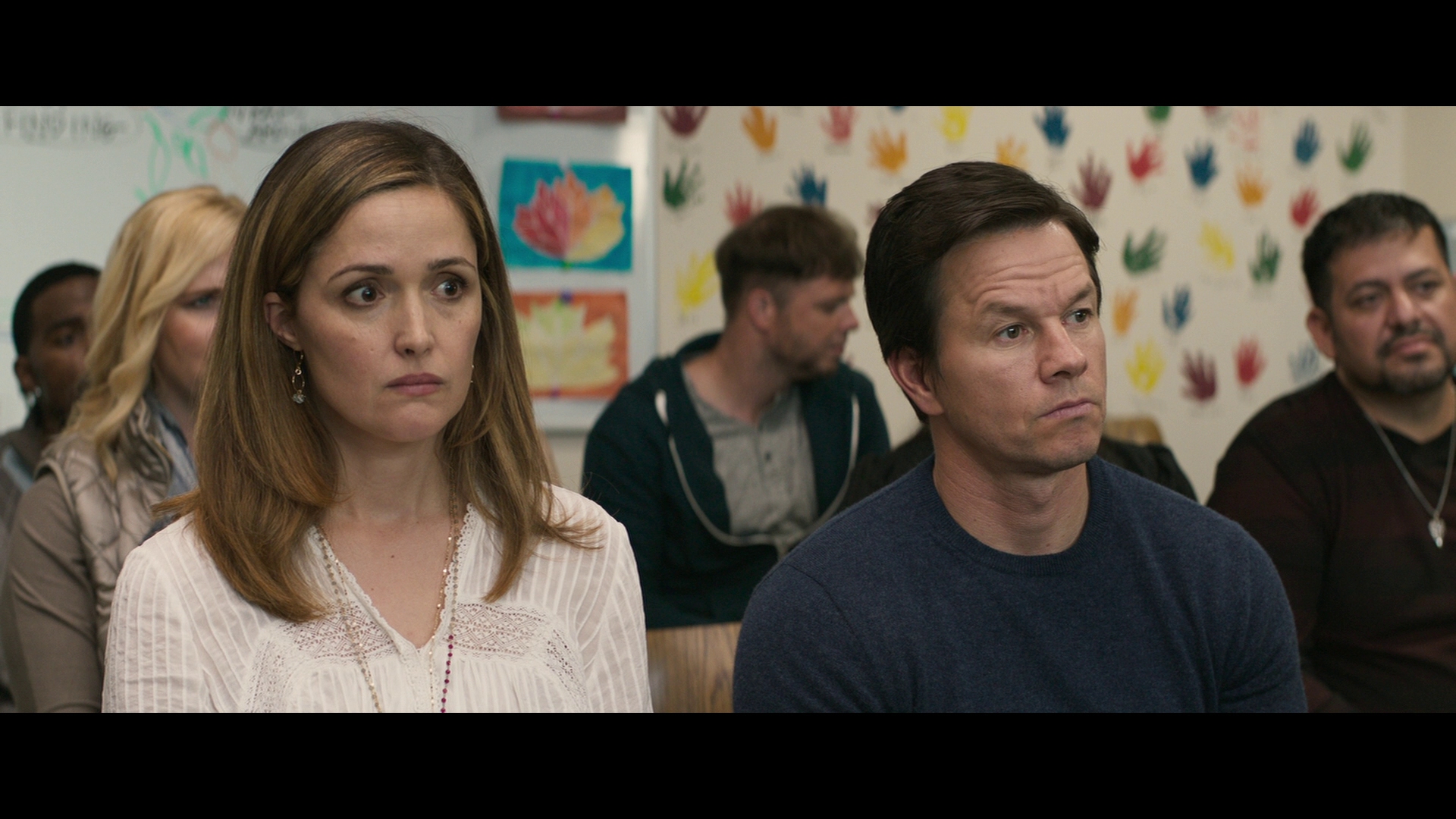 Graded with an eye on warmth, Paramount’s Blu-ray transfer keeps the imagery alluring. Color livens things up, spectacular during a visit to an adoption fair. All of the balloons and decorations push a strong slate of saturated primaries. Flesh tones looks great throughout. Instant Family’s palette looks natural and pure.

Rarely employing any dense contrast, the aesthetic runs somewhat flat. The general lack of true black leaves behind some flattened scenery. Instant Family never gets going in this regard. That’s a shame, the one thing holding this one back from a really stellar presentation.

Even when amid the chaos of a crowded, five person home, this DTS-HD mix doesn’t manage much. A small stereo spread sees work, while surrounds lightly pass ambiance. Say, at soccer games or the adoption fair. One sequence involving suburban destruction sends a bit of debris through the soundstage

A few moments of LFE from background music show off some range. That’s fun. Dialog remains in balance.

Instant Family is one of “those” discs, with a long list of bonuses that looks impressive until they all turn out to be bland, short featurettes. Multiple five to seven minute pieces discuss the casting of various roles. A few focus on real adoptive families and their experiences, including one with teenagers who were saved by their foster parents. A fun on-set proposal is featured, and five deleted scenes offer an optional introduction.

While predictable and routine in everything it does, Instant Family creates a rare, honest look at the adoption process.

The 15 unaltered images below represent the Blu-ray. For an additional 18 Instant Family screenshots, early access to all screens (plus the 20,000+ already in our library), 75+ exclusive 4K UHD reviews, and more, support us on Patreon.