Two things will keep The Cloverfield Paradox relevant long term. One is the name, attaching the film to 2008’s Cloverfield and the equally great 10 Cloverfield Lane. Second was Cloverfield Paradox’s debut during the Super Bowl, landing on Netflix following the game in 2018. Note neither of those things concern Cloverfield Paradox’s actual quality. There’s a reason. Notably, the forced entry of J.J. Abrams series into a rather dire sci-fi space flick based on unfounded fears about particle accelerators. A stealth release to a streaming platform was all to kind an end.

Read our full review of Cloverfield Paradox for more.

Shot on 35mm and finished at 4K, Paramount foregoes a UHD release. Instead, it comes to Blu-ray in… well, just a Blu-ray. No digital copy (those rights likely remain with Netflix) and no DVD copy.

It’s a shame 4K isn’t an option. This is a visual, textural delight. Countless close-ups pour out detail, with striking facial definition. Mammoth resolution sells both the intensity on the actor’s faces and well considered environments. Paramount encodes with care, not a sign of compression entering the frame, even during a handful of minor spikes in intensity. Sharpness doesn’t waver.

Depth turns in Cloverfield Paradox’s favor, absorbing light from the spaceship interiors to maximum benefit. That goes for Earth too, even though most scenes on the ground take place at night. It’s still substantial in brightness. Black levels play nice too, with dense space paired with deep shadows, and detail maintained with limited to no crush.

While the palette prefers cooler hues, flesh tones counter with an expected warmth. Although a typical blue/orange, there’s excellent density and frequent break up with primaries. Some greens and reds filter in naturally, and shots of Earth from space dazzle with their color intensity. 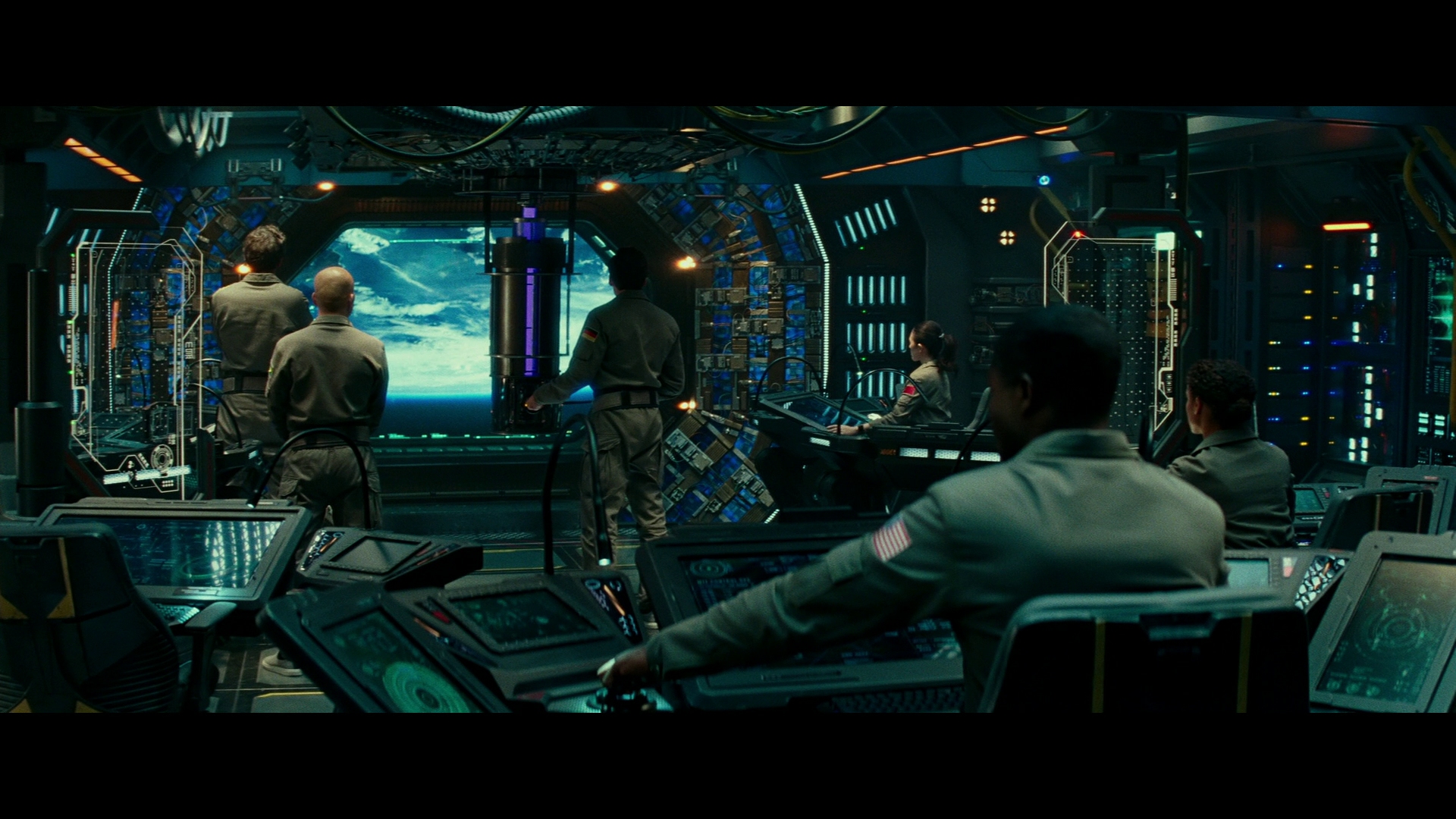 Cloverfield Paradox employs frequent “wake up bass.” By that meaning, it’s a thunderous jolt of bass breaking into an otherwise quiet scene. Cloverfield Paradox does that a lot, and with ample force. Particle accelerators heat up. Fires and explosions flood the mix with force. Footsteps of a giant monster rattle the scene. Even the score will take some potshots. It’s massive, with potent range, used to the fullest extent.

Likewise, surrounds play tricks by tracking dialog through the fronts. Radio chatter will slip into the rears. A sequence involving a flooding room spreads water equally about. On board, the spaceship shakes and rattles to dramatic effect. For a direct-to-Netflix offering, the audio carries a theatrical bombast with plenty of care and attention.

Two featurettes add some mild value to the Blu-ray release. Things Are Not What They Seem runs 14-minutes, avoiding the messy patchwork of making the film fit into Cloverfield, leaving a promo tone behind. A 15-minute extra details the cast, equally promotional.

Maybe Cloverfield Paradox will eventually reveal itself as an essential part of the Cloverfield series, but it’s utterly skippable until then.

The 15 unaltered images below represent the Blu-ray. For an additional 28 Cloverfield Paradox screenshots, early access to all screens (plus the 20,000+ already in our library), 75+ exclusive 4K UHD reviews, and more, support us on Patreon.