2001 concerns a race. Humans, they challenge on one end. On the other, technology. Both make attempts to evolve first, granted that possibility by an inert stone monolith. Humans started early and brought technology onto themselves. Likely, it’s to be the undoing of us all.

The ballet of space travel is accompanied by Strauss’ orchestration, the peak creative output of the species’ current evolutionary state. It’s a beautiful, enthralling pair. Other times, 2001 uses only breathing as its soundtrack, a key differentiation between humankind and the silent, red computer chips that power HAL 9000.

With a singular and glaring red LED eye, HAL 9000’s look commands fear. HAL kills people too. One person is sent off into the blankness of interstellar space, others die in their hypersleep chambers. The robotic male voice, unnervingly calming, induces shivers. The villain, intended as such obviously, yet 2001 doesn’t create total innocence anywhere.

2001’s intellectual abstractness is part of its genius

In careful, recondite construction, 2001 depicts the worst traits of human behavior. In the introduction, ape men discover tools and with them, the ability to maim. They immediately begin to war. In the near future, Heywood Floyd (William Sylvester) keeps secret the monolith discovered on the moon, concocting a cover story out of fear rather than shared excitement over the discovery.

The monolith that pushed existence forward. For what cause and what reason is never clear; 2001’s intellectual abstractness is part of its genius. Both man and machine share in the moon discovery. Either one earns the right to evolve, to become greater. Turns out man has a tool for destruction to declare victory.

In the lead, Keir Duella’s turn as Dave Bowman is an understated masterpiece of performance art. First realizing HAL is taking over, Duella’s stunned but composed responses create a thrilling tension where it’s clear every word matters. That’s on Duella, and the lack of Oscar nomination for that scene alone is tragic.

Audiences cheer Bowman on instead of the machine. That’s only logical. Rooting for humanity to move forward, and yet 50-years on, there’s a variety of devices sitting in homes worldwide that function exactly like HAL. Some stay with us in our pockets, available 24/7. Hypocrites, the lot of us. Dave Bowman ascended to a higher plane because he saw the faults. 2001, in both book and film form, knew nothing of the internet. But, the story’s grandiosity stays compelling because it knew to pull the plug. 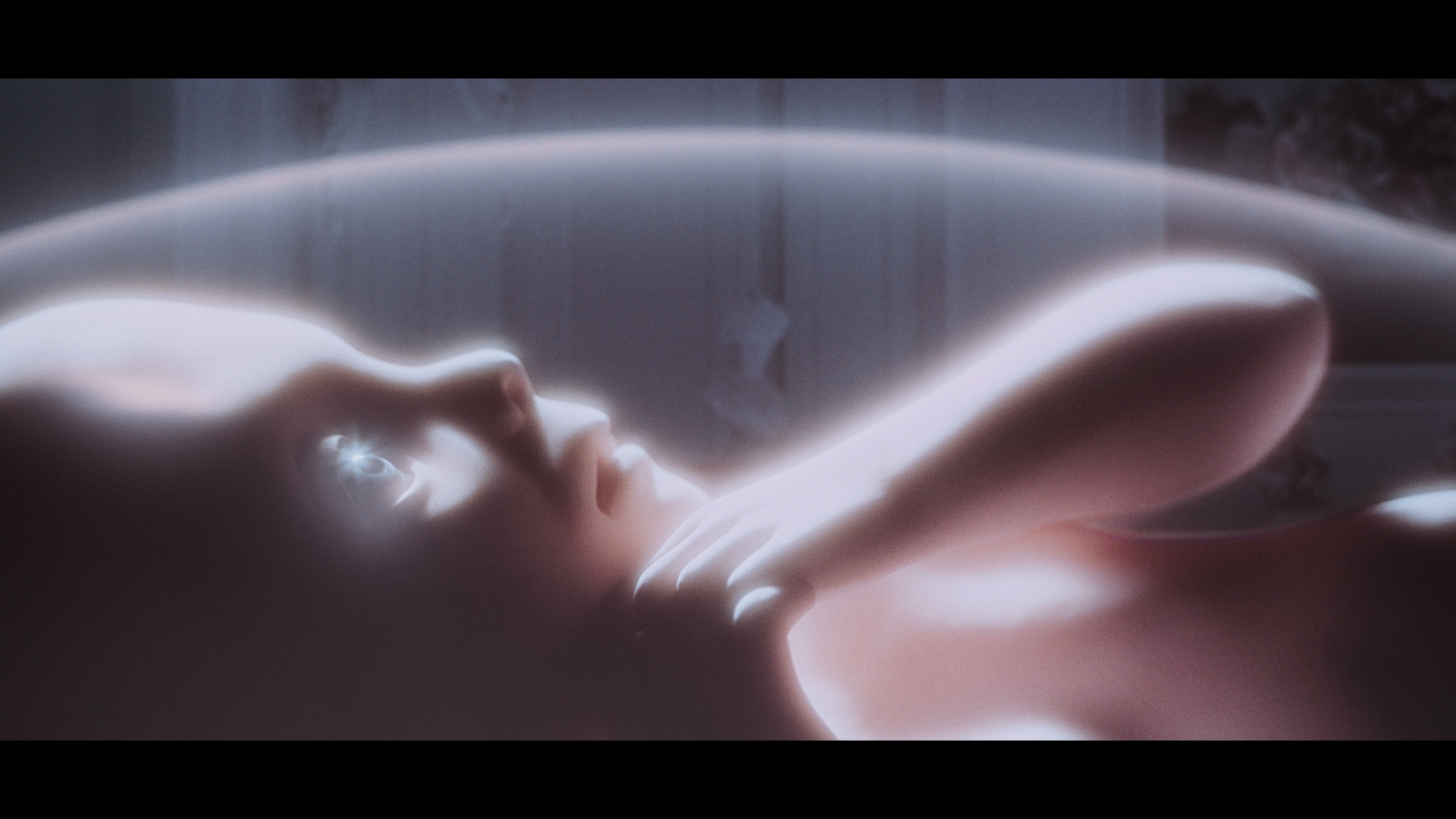 Debuting on 4K UHD early in this format’s life – and it still seems late – the marvelously rendered images of 2001 can almost match the brilliance of a true 65mm theatrical projection. Almost. Sublime sharpness pulls out the best possible detail. Small stickers on equipment show legible text. Close-ups produce exquisite definition. Texture on space suits and the models exhibit absolute splendor worth gawking at.

While not often considered as such, the level of color gives 2001 a bountiful looking palette. Space suits reflect vivid primary colors and in the opening moments, a collection of sunsets produce the purest of oranges. All of the lighted switches on control panels reflect intense hues. Staring out into space, the blues of Earth, the gray of the moon, and Jupiter’s milky creams make for stellar material. When Bowman drifts through space time before the final act, it’s psychedelic perfection.

Faultless grain replication continues for the entire runtime. With some 70GB of disc space to play with, the room to breathe is substantial. Occasionally hazy cinematography keeps the look intact with no errant artifacts. Perfectly preserved, 2001 shows no signs of damage or dirt.

Newly remastered, the DTS-HD 5.1 mix pushes out staggering fidelity with regards to the score. Highs and lows both produce full-bodied dynamics, no distortion noted. All of the choir work maintains stability, likely purer now than upon release.

Positional use is pleasingly cautious. Nothing sounds exaggerated merely for effect, but a natural extension of the visuals. Ape men scream from the stereos and surrounds. Voices stretch the front soundstage, a subtle adjustment that puts people on both sides of Dr. Heywood as he deals in diplomacy. When Bowman and Poole meet in the pod, their dialog takes up residence in the proper stereo.

Range is kept flat by way of the ‘60s, although Bowman’s trip through the Monolith creates a hefty hum in the low-end. Like the rest, that bass support sounds like it belongs. Part of that comes down to the fantastic overall clarity, well beyond expectations for something this vintage. 2001’s audio matches the grandeur of the visuals.

All of the bonus features come over from the prior Blu-ray, beginning with a commentary from co-stars Keir Duella and Gary Lockwood. That’s shared by both formats.

Everything else resides on an additional Blu-ray. Making of a Myth comes first, a TV documentary featuring James Cameron that runs 43-minutes. Other filmmakers respond in The Legacy of 2001, with a runtime of 21-minutes. The themes and technology come into focus through The Prophecy, another 21-minute bonus. At 23-minutes, there’s A Look Behind the Future, a ‘60s era featurette looking at the potential of future tech. An essay read by Duella runs on top of behind-the-scenes footage, titled What Is Out There?.

An audio interview with Kubrik (pre-2001) joins conceptual art and a magazine piece at the end of this list.

A lasting and eerily foretelling sci-fi spectacle, 2001: A Space Odyssey remains a lavish achievement in visual effects and storytelling.

The following six screen shots serve as samples for our Patreon-exclusive set of 53 full 4K screen shots grabbed directly from the UHD: