The Bride is a loose and uneven remake of The Bride of Frankenstein, the 1935 horror movie classic. The Bride is mostly remembered today for helping launch Sting’s solo career in music, and the presence of a young Jennifer Beals in over her head as the creature’s intended bride. Director Franc Roddam (Quadrophenia) takes the source material and turns it into a middling period drama with the barest hints of gothic horror. The 1985 film disappointed critics upon release despite a lavish budget and the capable performance by Clancy Brown as Frankenstein’s monster.

An international music icon in the 1980s, Sting had put the Police behind him and was about to embark on a successful solo career when The Bride came out. Forced into the lead role by the studio, the neophyte actor has leading man charisma without the requisite acting talent.

Sting plays Charles Frankenstein, the scientist responsible for unleashing the brutish Viktor on the world. Frankenstein then doubles down on his folly by creating a second creature, this time a beautiful companion intended to be Viktor’s bride. Named Eva (Jennifer Beals), Sting’s eccentric scientist character has other things in mind after seeing Eva reject her intended mate. His plan is to completely shape and mold her into a proper young lady from scratch, one he can call his intellectual equal.

The main problem with The Bride is that it feels like two separate movies. On one hand, it has a long second act that separates Charles Frankenstein and Eva from Viktor, the monster. After the chaos of Eva’s creation, Viktor wanders away from Frankenstein’s castle. He eventually befriends a circus dwarf, played by David Rappaport of Time Bandits fame.

It never quite overcomes Sting’s wooden performance, or the boring screenplay

Clancy Brown is almost sympathetic as the grotesque Viktor, fostering a child-like simplicity and earnestness that widely accepts the world’s abuse thrown at him. Rinaldo the dwarf understands what it feels like to be ostracized from society, taking Viktor under his wing as they navigate towards a circus in Budapest. This relationship could be touching, but it’s hampered by hairy tropes and predictable plotting.

The one interesting thing happening in The Bride is Frankenstein’s attempt to mold Eva’s mind. Unfortunately, the plot takes this development to the dullest places possible. This sub-plot only starts heating up when the beautiful Eva becomes the object of affection for a young gentleman introduced to her at court, exposing Frankenstein’s hidden jealousies.

While Beals has gone on to a long and productive career as an actress, this early role reveals some of her limitations. She clearly looks the part of Frankenstein’s perfect woman. That doesn’t help her awkward line readings or stiff mannerisms, some of which come off as more easily laughable than taken seriously.

It may not help that Beals shares most of her screen time with Sting. While the music star certainly looks the part of an eccentric scientist with a touch of madness, he is mostly wooden in this early acting effort. Despite being a superficially attractive couple together, they share almost no onscreen chemistry.

Director Franc Roddam has admitted his disappointment with The Bride. It never quite overcomes Sting’s wooden lead performance, or the rather boring screenplay. The Bride is fine for those with a hankering for big stars from the 1980s, but horror fans should likely look elsewhere for their thrills. This is a period drama that just so happens to have Frankenstein’s monster running around in it. 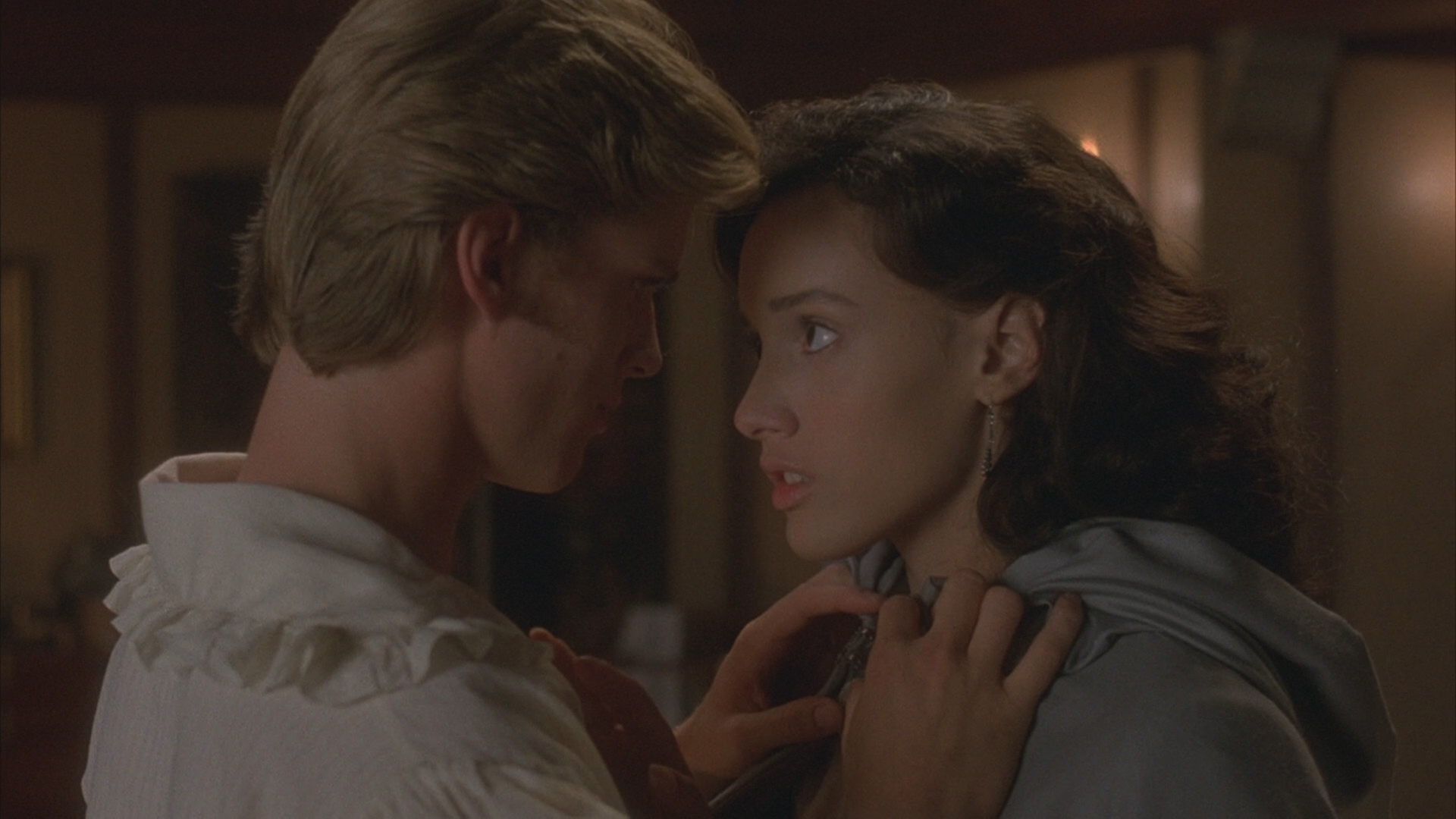 Scream Factory has licensed The Bride from Sony with a so-so film transfer. The Hi-Def presentation has acceptable depth and consistent clarity. The Bride’s cinematography shies away from razor-sharp definition, preferring a softer aesthetic more amenable to classic gothic filmmaking.

The last home video release for The Bride in North America was a Sony DVD, all the way back in 2001. This is the first time it hits Blu-ray anywhere in the world. In that regard, the picture quality improvement shown here is immense. Scream Factory’s Blu-ray doesn’t rank with top catalog presentations, but is certainly serviceable.

The Bride’s main feature runs 118 minutes on a BD-50. This is the original, theatrical PG-13 cut. The AVC encode deftly handles the movie’s darker shadows and film textures. This is steady, efficient compression that doesn’t make itself visibly present, which is a good thing.

The definition and clarity are adequate for a 1985 production. The drab palette of muddy colors and the occasional glimpse of crushing make it less than videophile fare. Waxy flesh and very mild ringing indicate signs of processing in what is likely an older film transfer struck by Sony themselves. The film elements are in superb condition. There are no indicators of fading colors or damage present.

The Bride looks serviceable in 1080P resolution with decent picture quality. This is not a particularly detailed film scan. However, the elements are good enough to overcome these mild problems.

The Bride’s dialogue has a couple of scenes with quiet passages, making it difficult to hear even in a whisper-quiet home theater. Each audio element is well-defined and lively. Frankenstein’s creation of Eva gives the front soundstage a real work-out in separation and some LFE action.

Scream Factory brings over the existing commentary from Sony’s DVD and gets lengthy new interviews with director Franc Roddam and actor Clancy Brown. It would have been awesome to get something featuring Jennifer Beals or Sting, but it’s understandable they are missing.

Audio Commentary With Director Franc Roddam – A bizarre, quirky and even candid solo commentary that appears completely honest and sincere. Admittedly disappointed with the movie, the director brings plenty of anecdotes and weird observations. From praising the set and production design, to discussing how one extra was an arsonist now in prison. It’s not an incredibly revealing discussion of his filmmaking process, but it’s entertaining enough to keep a viewer’s interest for the entire movie.

Monster: An Interview With Actor Clancy Brown – Part II (18:23 in HD) – This new two-part interview goes in depth with Clancy Brown on his experiences working on The Bride. He discusses everything ranging from his first meeting with Sting, the extensive make-up process for Viktor, his acting background, and working with the cast.

Interview With Director Franc Roddam (30:06 in HD) – A new interview that incorporates clips from the film, shots of the script and more as the director discusses key aspects of the production. Sting was originally intended in a smaller role until the studio stepped in and made him the lead. This interview is more focused and revealing about behind-the-scenes material than the included commentary by Roddam.

The 15 unaltered images below have been taken directly from the actual Blu-ray. For an additional 26 screenshots taken from The Bride, early access to all screens (plus the 17,000+ already in our library) in full resolution, dozens of exclusive 4K UHD reviews and other goodies, support us on Patreon.