An hour into The 12th Man, Norwegian saboteur Jan Baalsrud is seen cutting off his gangrenous toes. Armed with only a small knife a bottle of wine, he gruesomely slices a blackened big toe, all of the detail captured on screen. This comes after being shot by German forces during an escape, dodging a German aerial assault, climbing out of an avalanche, and surviving multiple swims in sub-zero waters.

Were it not true, Baalsrud’s tale of human endurance wouldn’t seem plausible. His capacity for pain and want to drive a stake through German morale, however small, is total heroism. Baalsrud (Thomas Gullestad) is helped by fellow Norwegians. They tend to his wounds, feed him, and give him a bed where possible. Other times, they leave him in a cave, frigid temperatures and all, for 17 days as to keep Baalsrud away from enemy eyes. It’s staggering material. Gullestad’s physical transformation sells the starved and infected man who needs to reach the Swedish border.

This is more than a war film, much as the WWII setting otherwise indicates

The 12th Man wisely avoids an unrelenting sense of nationalism. Baalsrud performs his duties as commanded for a greater good, not only for his homeland. That gives 12th Man a powerful appeal. This is more than a war film, much as the WWII setting otherwise indicates. It’s a survival movie that involves sneering, arrogant German forces, broadly drawn as to solidify their obvious villainy. German commander Johnathan Rhys Meyers angrily stomps around as he learns Baalsrud remains alive. The role is limited in scope. 12th Man merely needs a face for the leering camera.

Running over two hours, 12th Man is grueling to sit through. That’s the intent, certainly. Repetition acts a natural grind. Baalsrud wanders aimlessly past similar-looking mountains. He remains locked to beds for extended periods of time. That lack of narrative momentum drains 12th Man of excitement though, and supporting characters fail to carry the story. Location cinematography can only carry things so far.

The strength of this film lies in Baalsrud’s own story. Watching his will shatter, leading to mental breakdowns, leaves doubt as to his potential success. That’s what 12th Man needs, a lack of Hollywood heroics. Baalsrud doesn’t don a machine gun to slaughter his enemies. He spends most of the movie too weak to pull a trigger. That too is a testament to his toughness, even if the movie made in his honor fails to hold interest. 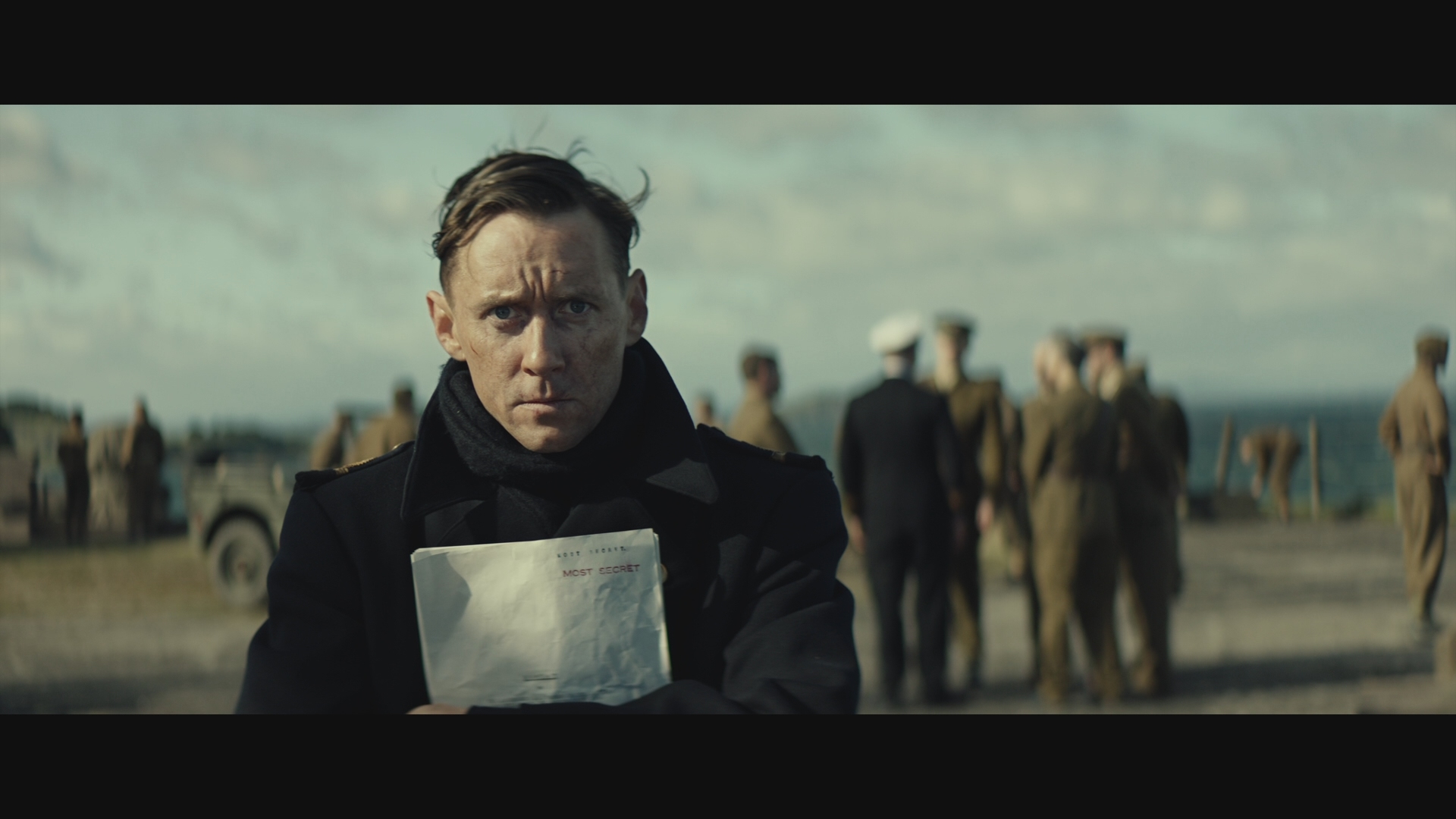 Shout Factory’s Blu-ray release shows signs of struggle. Banding is the most notable concern. It’s prevalent and pervasive in darker scenes. A time lapse shot of clouds moving over a mountain looks drawn from an early MPEG-2 encode considering the level of blocking.

12th Man also deals in excessive noise. Macroblocking and chroma noise both creep into the frame. Any darkness is a prelude of trouble. Digital cinematography doesn’t hold up well in low light, and the variety of artifacts stem from the source, then enhanced by the disc’s compression, best as these eyes can tell.

Luckily, the wintry images give 12th Man some excellent life. Bright contrast and deep black levels merge to deliver stable dimensionality. Resolution is high, capable of fidelity in close and from afar to soak up the mesmerizing sights.

Color jumps from cool to warm, scene dependent. Primaries hold back as to best enhance the cold scenery and the small bits of flame heating interiors.

The DTS-HD mix opens with bullets whipping through the surrounds, left to right. That puts characters in danger from the outset via stellar separation. Heavy winds swell and fill the soundstage. It’s active. As Baalsrud is assaulted by an airplane, motion excels.

Bass response is rare but noted from the score and engines. Depth and tightness both reach a suitable level.

Sadly, only a trailer.

A tale of insurmountable odds, The 12th Man is a grueling, true life survival story with gorgeous Norwegian cinematography.

The 15 unaltered images below represent the Blu-ray. For an additional 12 The 12th Man screenshots, early access to all screens (plus the 15,000+ already in our library), 50+ exclusive 4K UHD reviews, and more, support us on Patreon.